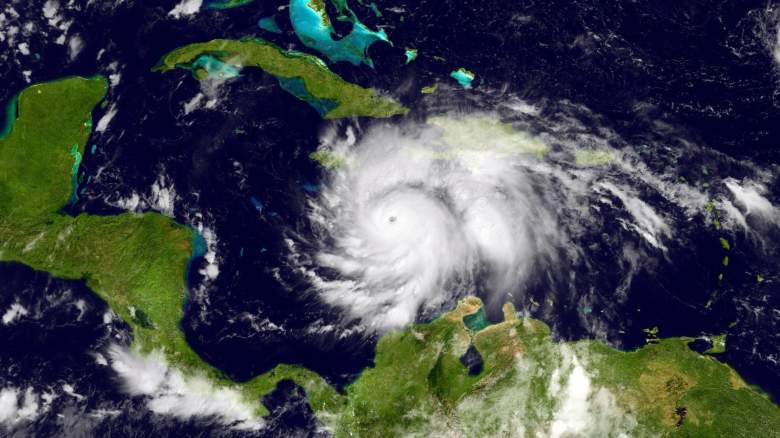 Hurricane Matthew is seen in the Caribbean Sea heading towards Jamacia, Haiti and Cuba. (Getty)

According to NPR, at least four people have been killed by Hurricane Matthew so far, with two of those deaths occurring in Haiti. Many areas received waters going up to their shoulders and flooding homes.

Matthew hit Haiti with sustained winds of 145 miles-per-hour, according to the USA Today. It’s expected to move towards Cuba late on Tuesday.

The New York Times reports that Nippes, at least 400 homes have already been destroyed.

Here are some of the most intense videos from social media showing the devastation of Hurricane Matthew in Haiti.

#Haiti: 8:00 AM-I am standing on the bridge that goes to Croix des Bouquets from Flueriot. Already the river is near small houses/structures pic.twitter.com/4De1aZlcND

#HurricaneMatthew pounds western #Haiti on Tuesday, packing winds of 145 mph as it made landfall. The "extremely dangerous" storm has already killed at least three people, caused cruise ships to change course and prompted officials to declare states of emergency. And officials have warned that the death toll could climb. (? from Jean Gabriel Fortuné/ Twitter)

Videos emerge showing #HurricaneMatthew releasing his fury over #Haiti. Let us pray for our neighbours

Read More
Breaking News, Haiti
wpDiscuz
1
0
Would love your thoughts, please comment.x
()
x
| Reply
Hurricane Matthew, a Category 4 storm, hit Haiti on Tuesday and has already caused a massive amount of damage. Here's all the footage you need to see.