On Wednesday morning, James “Jamie” Otis took a pickax and destroyed Donald Trump’s Walk of Fame Star on Hollywood Blvd. Otis says he tried to retrieve the entire star, but “… the star was just too difficult, the concrete was very strong, and I would have to stay there for an hour, but… I just had a sledgehammer and a pick-ax…”

1. He’s Been Taken Into Custody

James Otis(D) is now a 'Star' https://t.co/J4kNbtvZ79 The #Hillary Democrats are so VIOLENT

In the words of TMZ, Otis sees himself as “a modern-day Robin Hood”.

On Thursday morning, LAPD located Otis in West Hollywood before he left his home, and took him into custody around 7am. TMZ was told that Otis has been cooperative and that he was arrested for felony vandalism. He has been booked into the Men’s Central Jail in downtown LA.

2. He Planned to Auction off Pieces of the Star and Donate the Money to Trump’s Accusers’ Legal Defense

Police arrest man who took a sledgehammer to Trump's Walk of Fame star before he was able to hold a press conference https://t.co/gqHjfvS9Et pic.twitter.com/DBtz0nZsDJ

Trump planned on suing the women who have come out saying they were a victim of his sexual assaults. Otis has revealed that he intended to auction off pieces of Trump’s star and donate the money he made to the accusers’ defense. He says his motivation for committing the act was to stand up for these victims.

In his video to TMZ, Otis says, “The reason I did it was because of the amount of sexual assaults that not only my own family has experienced but that the many women Donald trump has done this to, and the point of this exercise was totake the star and auction it off on election day… and take that money and distribute it to the woen who have been sexually assaulted by Donald Trump along with the George Washington Republicans who are against sexual assault.” 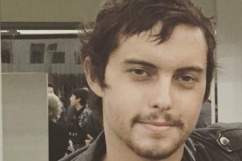 3. He Says He Is Prepared to Go to Jail If Necessary

James Otis says, “I think I’ll have to handle the consequences of what I’ve done.” He faces up to three years in jail and over $10,000 in fines for the vandalism. Otis added on, “I will gladly pay the money if I have to and if I must go to jail, I will.”

Otis does not seem fearful of the possibility of a trial, or even incarceration. “I’m happy to go to trial”, he has said.

4. The Plaque He Destroyed Is Worth $30K

James Otis is an extremely wealthy CA resident. This is the tolerant Left!https://t.co/uLwfC4Aun0 pic.twitter.com/M4DG4FjG6g

5. He’s an Heir to an Elevator Company

James Otis has turned himself in after smashing Donald Trump's Hollywood Walk of Fame star to pieces, attorney says https://t.co/bO435MxjTu

Otis is an heir to an elevator fortune called Otis Elevator Company. You can check out the company’s website here.