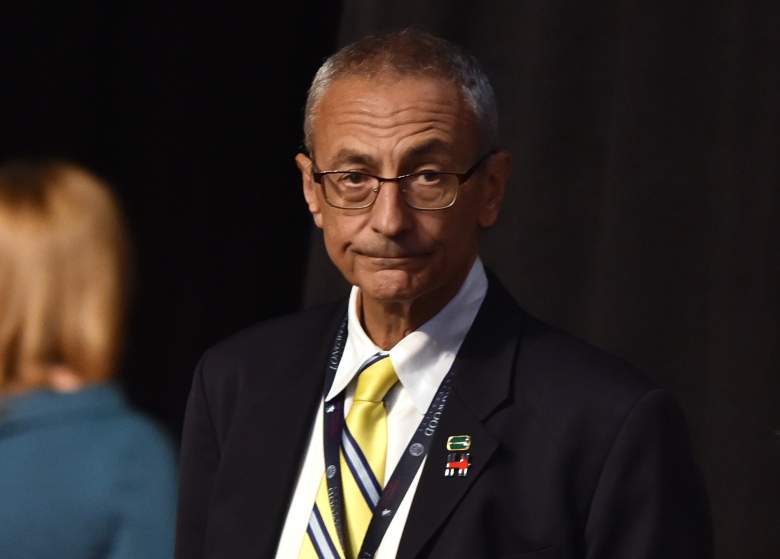 John Podesta, Chairman of the 2016 Hillary Clinton presidential campaign, has released a statement following the news that the FBI is looking into new emails tied to the Hillary Clinton case.

In the statement, Podesta essentially says that FBI Director James Comey did not give enough information in his announcement, calling on him to “immediately provide the American public more information than is contained in the letter.”

Podesta also says that Comey’s statement is giving people the impression that the FBI is “reopening” an investigation, but Podesta says this is not the case.

This is the first instance of anyone from the Hillary Clinton campaign reacting to the shocking Friday afternoon news. Moments after the story broke, Hillary Clinton’s plane landed in Cedar Rapids, Iowa, but Clinton and her staff huddled together for about 20 minutes before stepping out. Clinton was then rushed into a car without addressing reporters, and at her scheduled rally in Cedar Rapids, she did not address the news in any form whatsoever.

Donald Trump, however, immediately seized on the story at a rally about 10 minutes after the news broke, saying that he’s happy the FBI might be going back on what he has for months called a horrible decision.

Here is the full statement from John Podesta:

Upon completing this investigation more than three months ago, FBI Director Comey declared no reasonable prosecutor would move forward with a case like this and added that it was not even a close call. In the months since, Donald Trump and his Republican allies have been baselessly second-guessing the FBI and, in both public and private, browbeating the career officials there to revisit their conclusion in a desperate attempt to harm Hillary Clinton’s presidential campaign.

FBI Director Comey should immediately provide the American public more information than is contained in the letter he sent to eight Republican committee chairmen. Already, we have seen characterizations that the FBI is “reopening” an investigation but Comey’s words do not match that characterization. Director Comey’s letter refers to emails that came to light in an unrelated case, but we have no idea what those emails are and the Director himself notes they may not even be significant.

It is extraordinary that we would see something like this just 11 days out from a presidential election.

The Director owes it to the American people to immediately provide the full details of what he is now examining. We are confident this will not produce any conclusions different from the one the FBI reached in July.