Police said it is a miracle that John Spincken’s sons survived after he leaped off of a 100-foot bridge to commit a murder-suicide Monday night.

Spincken, 37, who died from his injuries, was portrayed on social media and to neighbors as being a happy, devoted father and husband. He resided in New Jersey with his wife, Fara Araullo, and their 3-year-old and 1-year-old sons.

1. He Managed to Get Over a 10-Foot Suicide Prevention Fence With the Boys 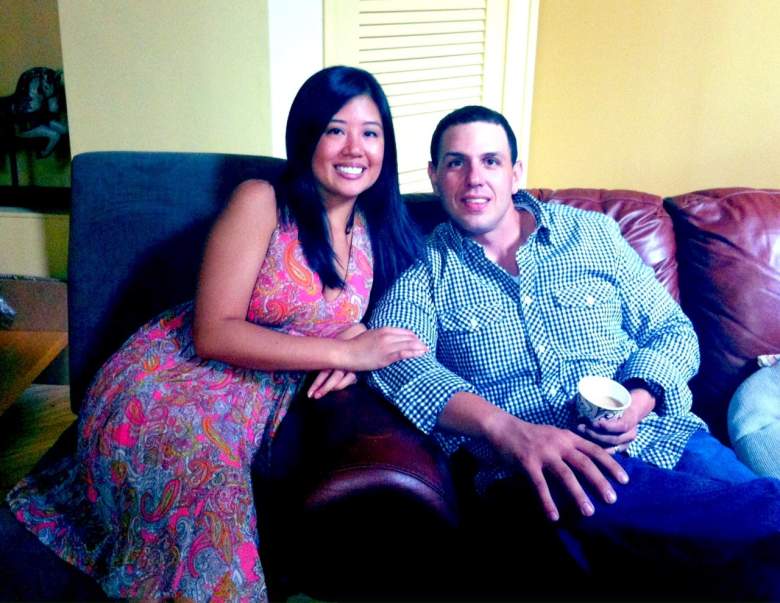 According to NJ.com, Spincken, with his sons in tow, somehow managed to get over a 10- to 12-foot suicide prevention fence that was in place at a bridge in Passaic County, located in New Jersey.

Authorities believe he was able to get over the fence by parking his SUV close enough to stand on the roof.

While some media outlets are reporting that Spincken jumped the bridge with his sons in his arms, others say he would’ve had to throw the children over first, because it would be too difficult to climb over and jump while holding the young boys.

If the boys were in fact thrown, the trees could’ve cushioned their fall, while helping to make the impact survivable.

Police stated in a press conference that it is not known what exactly took place at this point. “It’s a difficult fence to get over, so it would be tough to imagine he would be carrying the children,” said Pequannock Police Capt. Chris DePuyt at a press conference.

2. He Appeared to Be a Happy Father & Said He Was Appreciative for His Sons Each Day

A look at Spincken’s Facebook page revealed a happy, devoted father who appeared more than content with life.

“Not a day goes by that I don’t feel grateful and appreciative,” he replied to an August 15 comment about his sons being a blessing.

In a December 2014 Facebook post, Spincken described the fear of almost losing his son, who had turned blue in his wife’s arms. He was thankful to have been able to deliver CPR to the baby which helped him survive, despite not having experience in the life-saving technique. He wrote:

As I sit here in a hospital room and stare at my sick and sleeping baby boy, I can not help but think to myself how fortunate I am. Although I cannot remove the horrific image of my frantic wife holding my lifeless blue son, I am grateful of my instinctive reactions as well as caring neighbors and a fast acting EMT squad. I’ve never performed CPR in my entire life nor have I ever takin a CPR class. I instinctively saved Frankie’s life with a few simple breathes of my own and was able to buy him enough time before our neighbor, which is a nurse, could help in reviving him. All of this happened within a matter of minutes which felt like an eternity. The next thing I knew I heard an EMT say “he’s breathing…he’s breathing!” I was still in a panic but those 2 words gave me a sense of relief. I then suddenly thought to myself, “What if Fara wasn’t holding Frankie when he stopped breathing”? “What if I didn’t give him mouth to mouth?” What if my neighbor wasn’t home”. What if the EMT’s came a minute later?” This is nothing short of a miracle! I ask that anyone taking the time to read this, please pray for our son. Also, remember these words, “YOUR BREATHING”. You see, we all have good days and bad days but at the end of the day we are BREATHING! Do not take life for granted, you never know when you will take your last breathe. 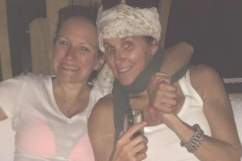 “It’s literally a miracle they survived,” Pequannock Police Capt. Chris DePuyt said about the children at a press conference, which you can watch above.

Both boys suffered sustained concussions, along with bruises and bumps, and the 1-year-old also suffered a bruised lung.

DePuyt credited a prompt response by authorities, along with AT&T, who helped ping Spincken’s cell phone, for being the main reasons that the tragedy turned into a miracle.

DePuyt also pointed out that it was after one officer’s suggestion to check the bridge that Spincken’s empty car was found.

4. A Domestic Violence Restraining Order was Filed Against Him in 2003

CBS reported that in 2003 Spincken pleaded guilty to violating a domestic violence restraining order and an unlawful possession of a weapon. NJ.com reported the weapon as being a pellet gun.

It is not known if it was Spincken’s wife or someone else who filed the order.

He was sentenced to 60 days in jail along with five years of probation.

Police said they they had no prior history of being at the couple’s current home for any problems.

According to CBS2, authorities responded to a frantic call Monday evening placed by Spincken’s wife saying the couple was fighting and he was threatening to harm their little boys.

5. A Tax Lien Was Filed Against the Company He Owned Last Year

Loading more stories
wpDiscuz
6
0
Would love your thoughts, please comment.x
()
x
| Reply
John Spincken died after jumping off a bridge with his two young sons, who miraculously survived. Read more about what happened and the seemingly happy father here.