A teenage girl was killed by her boyfriend before he attempted suicide. Da’von Mullins died some time later at a Maryland hospital. WTOP reports Kayla Yow, 18, was found dead inside of her Glen Burnie apartment on the night of October 28. Mullins, who goes by the pseudonym, Stephon Hendricks, was lying by her side. He was alive and was rushed to a nearby hospital. According to his family, Mullins died on the afternoon of October 29.

1. It Was Mullins’ Family Who Called the Police

CBS Baltimore reports that officers were called to Yow’s apartment on the 400 block of Glen Mar Road in Glen Burnie, Maryland, at around 7 p.m. on the night of October 28. The station describes Yow being found dead of “upper body trauma.” While Mullins was found with similar injuries. A gun was also recovered.

Anne Arundel police got the 911 call from Mullins’ family after he sent them “concerning” text messages, according to CBS Baltimore.

Annapolis Patch reports that Mullins’ family didn’t know Yow’s apartment number and were forced to go door-to-door in their search. The website adds that Yow and Mullins “had been in a relationship.”

On her Facebook page, Yow said she’s “interested in women.” In that section Yow added that she’s been in a relationship since February 2016. While on October 15 she wrote on her page,” Please shut tf up. Thank you. Stephon Hendricks.” Stephon Hendricks is the pseudonym that Mullins used on Facebook. On October 16, on her Twitter page, Yow retweeted two messages from Mullins, one read, “I’m chasing my dreams I’m just worrying about making it to the top almost there Nov. 18th is the day ??? #grindhard God see’s everything.” Another said, “We ready go to the top believe me I’m not working overtime for nothing.”

3. Mullins’ Facebook Page Has Become a Shrine With Friends Issuing Their Condolences

Since news of his passing, Mullins’ Facebook page has become a shrine to his life. One user, Tracey Hartman, posted, “This is so hard for me to believe. You are like one of my children.. Talked to me about a lot of things. Such a resptible young man. You were so proud of how far you came and so was I. Forever in my heart and family Prada.” Prada was the name used by Mullins on his Twitter page.

Mullins graduated from Lansdowne High School in Baltimore in 2012. During his graduation ceremony, Mullins’ photo was used by the Baltimore Sun. Mullins was a track star at his high school.

He writes on his Facebook page, “God is good all the time . The lord is my salvation.” Mullins also says on that page that he’s originally from the Bronx.

His Facebook page features photos of the graves of members of the Porter family. Their family was beset by tragedy. That photo is Mullins’ background image.

4. Yow Moved From Florida to the Maryland Area for High School

In 2012, Yow moved from Florida to Maryland to attend Old Mill High School where she was an honor roll student. According to her Facebook page, she’s from Palmetto. Her father, Todd Saletnik, lives in Sarasota where he has a criminal record.

5. Mullins Would Have Been Facing Murder Charges

In October 2015, Mullins posted this photo to his Facebook page saying, “Cooked for Jim Harbaugh today and the who Michigan St. football team it was cool lmao.” 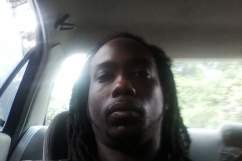