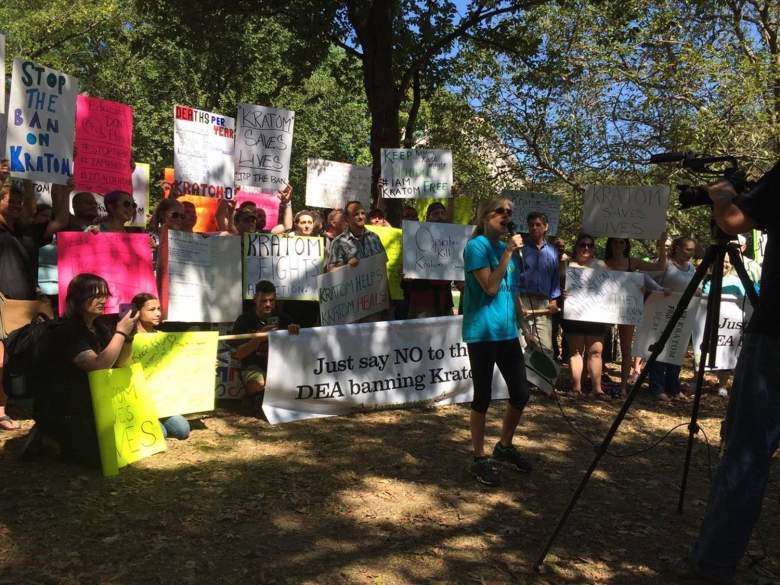 The Drug Enforcement Agency (DEA) announced August 31 that they planned to ban kratom on an emergency basis in the United States as of September 30, causing panic and outrage to the thousands who use the leaves, which are closely related in makeup to the coffee plant. They were specifically looking to outlaw the compounds mitragynine and 7-hydroxymitragynine found in in the herb.

Kratom advocates say the herb is only as addictive as caffeine, and helps with ailments such as pain, anxiety and depression, while also aiding people through the grueling process of coming off of prescription opiates and even heroin.

Citing numerous comments from the public challenging the scheduling action, including objections from members of congress, the DEA withdrew its initial intent to classify kratom as a Schedule I controlled substance on October 12. The decision was published on the Federal Register yesterday.

The announcement came as a relief to not only those who benefit from the plant, but also to law enforcement officials. Ricky Bell, a kratom advocate who attended a march to the White House to support the herb, said authorities he spoke with at the Capitol expressed disapproval of the ban. “The police basically said they have more pressing issues like carfentanil (a synthetic opioid that is 10,000 times more potent than morphine and 100 times more potent than fentanyl), and heroin,” Bell stated.

Heavy reached out to Melvin Patterson, a spokesperson for the DEA. “We withdrew from the initial intent to temporarily schedule kratom,” Patterson said. “In the 30 day period where we mentioned the intent, we were considering lots of factors.” He went on to say:

We received information during that time that we would like to further investigate…a lot of people weren’t aware that back in 2014, the DEA had asked the U.S. Food and Drug Administration (FDA) to complete an eight-point analysis on kratom that we never received. So we have actually asked them again to expedite an eight-factor analysis or provide results for the initial request.

When asked what the analysis consists of, Patterson said it’s “to evaluate kratom as a medicine.” “We are going to rely on the science and give them an opportunity to weigh in and help us with our decision making process,” he said.

Let Your Voice Be Heard

Along with the withdrawal of the initial intent to ban kratom, the DEA is soliciting comments from the public through December 1, 2016. The DEA noted in the Federal Register that it is not necessary to provide a comment if you have already done so.

The American Kratom Association is expected to release suggestions to help with comments on Monday. A link will be posted when made available.

You may submit your comment electronically or in writing. The agency said reference “Docket No. DEA-442W” on all correspondence, including any attachments.” The Federal Register states:

The Drug Enforcement Administration encourages that all comments be submitted electronically through the Federal eRulemaking Portal, which provides the ability to type short comments directly into the comment field on the Web page or attach a file for lengthier comments. Please go to http://www.regulations.gov and follow the online instructions at that site for submitting comments. Upon completion of your submission, you will receive a Comment Tracking Number for your comment. Please be aware that submitted comments are not instantaneously available for public view on Regulations.gov. If you have received a Comment Tracking Number, your comment has been successfully submitted and there is no need to resubmit the same comment.

Paper comments: Paper comments that duplicate the electronic submission are not necessary and are discouraged. Should you wish to mail a paper comment in lieu of an electronic comment, it should be sent via regular or express mail to: Drug Enforcement Administration, Attn: DEA Federal Register Representative/ODW, 8701 Morrissette Drive, Springfield, Virginia 22152.

The DEA noted that any comments received will be “considered part of the public record,” and will be made available on regulations.gov for public inspection. “If you want to submit personal identifying information (such as your name, address, etc.) as part of your comment, but do not want it to be made publicly available, you must include the phrase ‘PERSONAL IDENTIFYING INFORMATION’ in the first paragraph of your comment,” the Federal Register states. “You must also place all of the personal identifying information you do not want made publicly available in the first paragraph of your comment and identify what information you want redacted.”

Full instructions can be found here.

Supporters of the herb are also encouraged to make a donation through the American Kratom Association, a non-profit organization. “Donations cover operating costs, management of state-specific programs, public relations, education, outreach and advocacy work, volunteer training and organizing, travel to states facing potential legislative action and much more,” according to the website. “As we grow, we even plan to raise money toward research initiative and studies.”

You can donate here.

You can read more about kratom advocates and the DEA’s initial plans to ban kratom below: 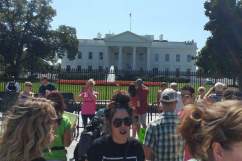 Read More
DEA, The War On Drugs
Click here to read the latest kratom news, including the DEA's withdrawal to ban kratom on an emergency basis, and find out how your voice can be heard.