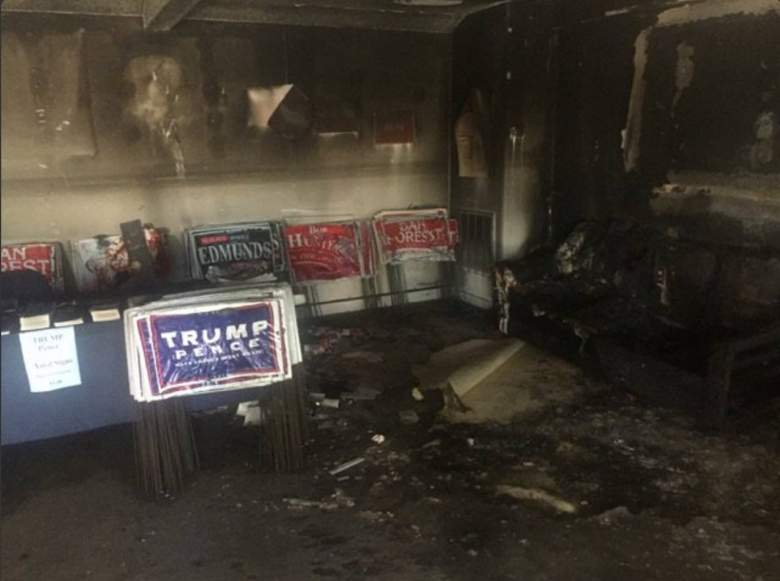 A North Carolina Orange County Republican Party headquarters building was firebombed and vandalized in an incident the governor called an “attack on our Democracy.”

Hillsborough police are investigating the incident “involving arson and graffiti” that occurred overnight and was discovered around 9 a.m. on Sunday morning, October 16, according to a statement from the Town of Hillsborough.

A GOP official called the attack an act of “political terrorism.”

The attack comes as the contentious presidential election reaches its final weeks, with North Carolina being a critical swing state where polls are very tight.

1. The Vandals Painted a Swastika on a Building & Referred to ‘Nazi Republicans’

We don't know who is responsible , but they clearly hate our candidates, volunteers, staff and Constitution @NCGOP pic.twitter.com/81xBx6ex4t

The Hillsborough news release said that the building, located at 347 Ja-Max Drive in the Shops at Daniel Boone, “was struck overnight with graffiti and with a flammable material thrown through a front window of the headquarters.” 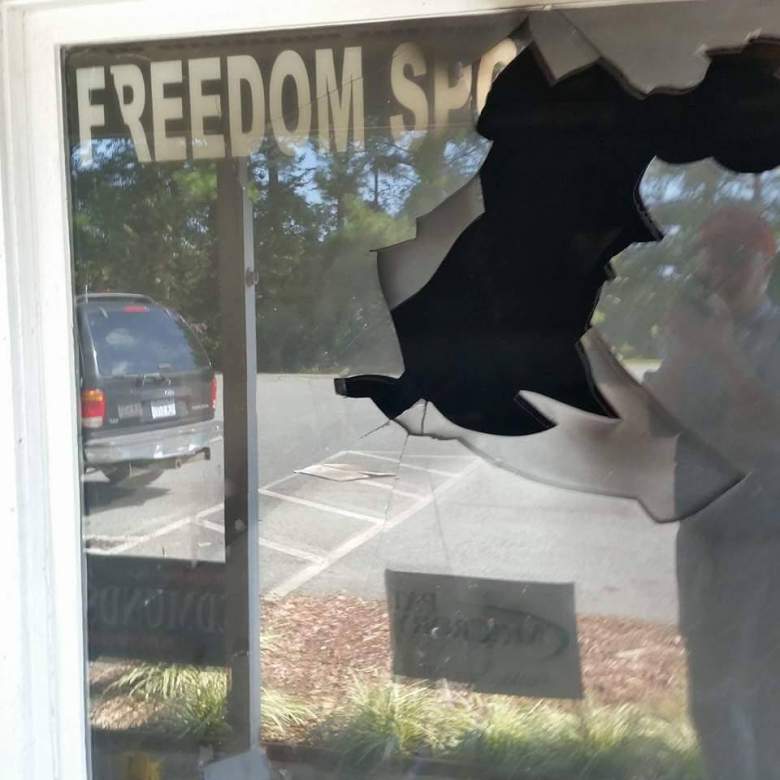 “Words cannot describe the emotions you feel when you see something like this today,” said Dallas Woodhouse, the North Carolina GOP’s executive director, in a press conference. “There is a sign there that says freedom speaks. And that is where a significant Molotov cocktail, bomb, some kind of device went in. This is a horrific, horrific act of political terrorism. One we will not succumb to, and one we will answer. When people try to stifle freedom of speech and freedom of assembly, you must come back with more speech and aggressively defend your rights.”

North Carolina Republican officials said in a news conference that they have been called Nazis and other names before because they are a small political minority in Orange County.

The firebombing of a local political headquarters in Orange County is clearly an attack on our democracy. pic.twitter.com/fr9FWGQUoG

According to the news release, the graffiti — which included a swastika and the words “Nazi Republicans leave town or else” — “was spray-painted in black on the side of an adjacent building, Balloons Above Orange, 353 Ja-Max Drive.”

2. A Bottle Containing a ‘Flammable Substance’ Was Thrown at the Building 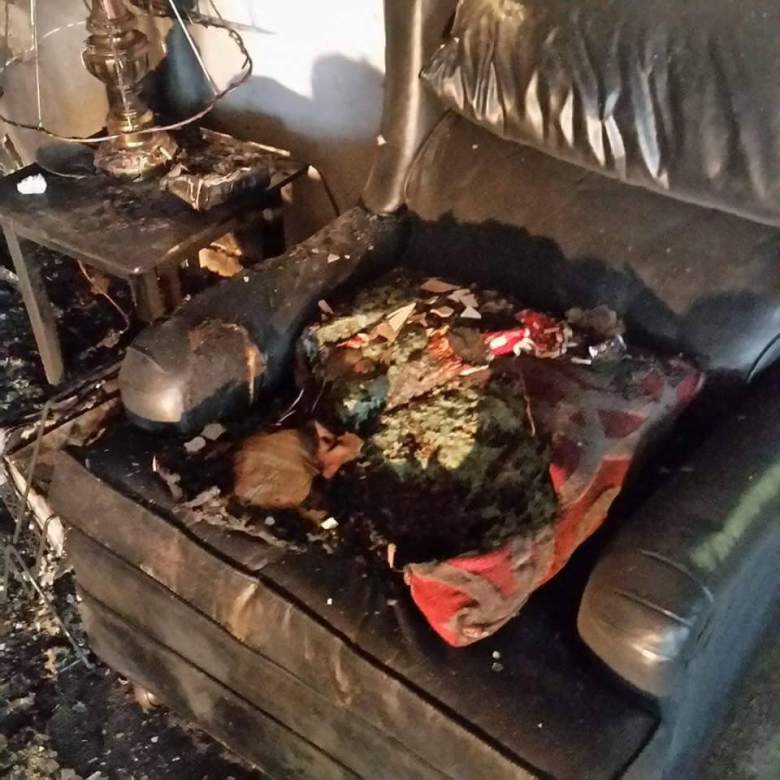 The flammable substance “appears to have ignited inside the building, burned some furniture and damaged the building’s interior before going out,” says the Hillsborough release.

The release added that the substance “was housed in a bottle thrown through one of the building’s front windows. No damage estimates are available yet.” The federal Bureau of Alcohol, Tobacco, Firearms and Explosives has joined Hillsborough police in the investigation.

No one was there at the time, but the bomb went in under a couch where people frequently sit and rest after campaigning long hours, Woodhouse said. “We are just so lucky no one was killed.”

The party asked all of its county and district offices to close Sunday to give the party a few hours to assess the situation.

The officials said they weren’t going to let the Nazi Republicans get out or else graffiti intimidate them. “Or else what? Because we aren’t going anywhere,” said Woodhouse.

3. The Attack Was Criticized for Undermining ‘Integrity in Civic Participation’ & Democracy 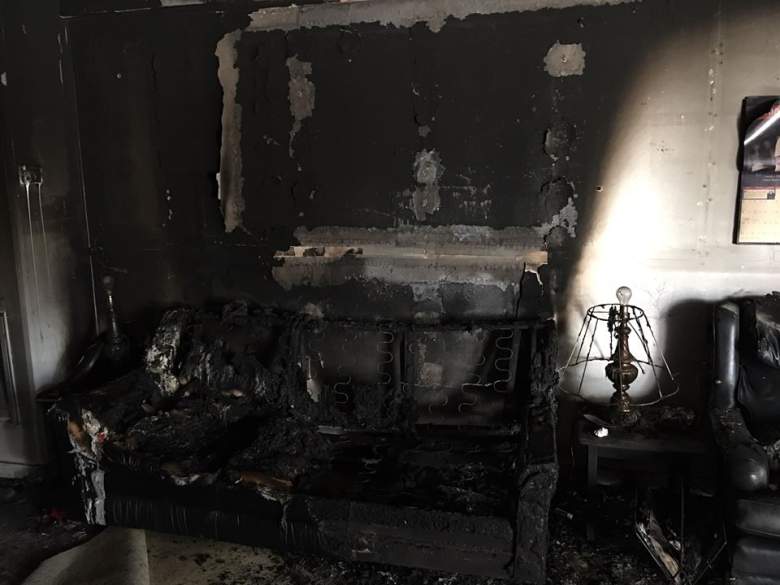 The office was a total loss, the GOP says. (North Carolina GOP)

Gov. Pat McCrory described the bombing as “an attack on our democracy,” said The Charlotte Observer.

Stevens added: “I believe I speak for the overwhelming majority of people who make Hillsborough their home: Acts like this have no place in our community. Our law enforcement officials are responding quickly and thoroughly to investigate this reprehensible act and prosecute the perpetrators.”

Democrats created a GoFundMe account that crowdfunded enough money to fix the building.

Republican nominee Donald Trump had harsh words for the attackers on Twitter.

He also tweeted to North Carolinians: “Now we have to win.”

ALL SAFE IN ORANGE COUNTY, NORTH CAROLINA. With you all the way, will never forget. Now we have to win. Proud of you all! @NCGOP

The attack on the Orange County HQ @NCGOP office is horrific and unacceptable. Very grateful that everyone is safe.

The North Carolina GOP tweeted back to Clinton, thanking her for the comment. In a response to Trump, the GOP said it was praying for the attackers.

Thank you Mr. @realDonaldTrump. We will not be silenced nor suppressed by this evil act. We will pray for those who seek to harm us.

According to CNN, the North Carolina GOP says the office is a total loss.

5. The Polls in North Carolina Are Very Tight 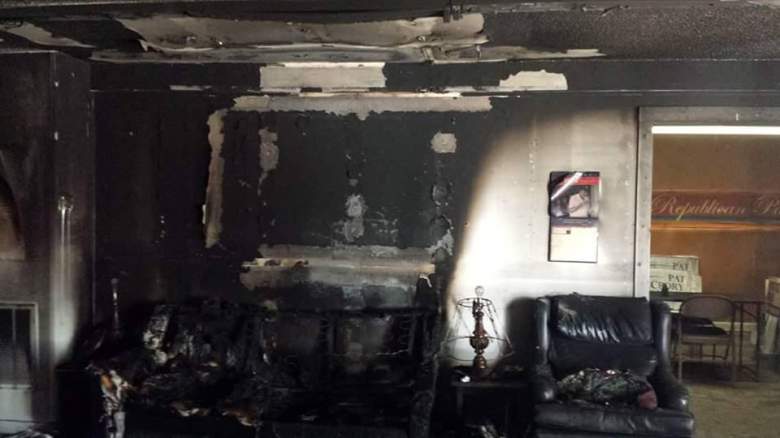 The interior of the damaged building. (North Carolina GOP)

Hillary Clinton is ahead 2.9 percent in recent North Carolina polling averages, according to RealClearPolitics.

However, that is essentially in the margin for error of most polls, meaning the race in North Carolina is neck-and-neck. The tightness of the contest makes it a key swing state in the upcoming presidential election.