Police at Texas State University confirmed that a female student has been attacked by a man in a creepy clown costume. The incident happened at around 7 p.m. on the night of October 3 but was not reported until October 4, according to Sgt. Rolando Belmares, a spokesman for the Texas State University police department. It occurred outside of the Bobcat Village Apartments, close to the school’s football stadium.

1. The Suspect Is Still at Large

According to the Texas State University police, the suspect grabbed a female student as she was leaving a dorm building. She was able to break free and run from the suspect. The victim did not suffer any serious injuries.

The suspect was dressed in a black and white jumpsuit with a green wig. He was wearing white and black eye makeup. His height was estimated at 6-foot-2. He has an athletic build. Authorities are not saying if the suspect is a student. They also do not know which way he escaped.

2. On the Night of the Attack, a Texas State Football Player Posted a Photo of a Creepy Clown on Campus

Texas State offensive lineman Colton Williams tweeted a photo of a creepy clown on campus at the school on the night of the attack. The person in Williams’ photo appears to match the police description in the assault case.

3. The Day After the Incident, a Nearby High School Was Put on Alert After Online Threats Were Made

Like the rest of the country, the Austin-area, where Texas State University is located, has seen a rise in people wearing creepy clown costumes. KXAN reports that there have been active threats to schools in the region. The station also reports that on the day of the Texas State attack, nearby San Marcos High School increased security after a “non-specific” threat was made to the school on Twitter.

4. TSU Officials Have Been Emphasizing Student Safety Since a April 2016 Incident

Dorm security has been increased at Texas State since April 2016. KXAN reported back in April, that a man, Ledward Spencer, was accused of sneaking into a dorm room at the school. The station also says that Spencer is accused of touching a female student while she was sleeping. School Safety Specialist Tom Kelley said at the time, “You’ve got to make sure you do everything that you can to make sure that it is secure, and if you know someone else that isn’t securing the doors, you have to report them.”

According to U.S. World News & Report, in 2014 there three rapes and one case of fondling reported on campus at Texas State.

5. The White House Has Said that the Creepy Clown Epidemic Should Be Taken Seriously

CNN reports that creepy clowns have been reported in “at least 10 different states” in the run-up to Halloween. On September 30, a woman in Cincinnati reported being attacked by a man in a clown costume. ABC News reported on October 4 that the White House had said that the creepy clown epidemic should be taken “seriously.” 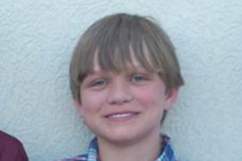