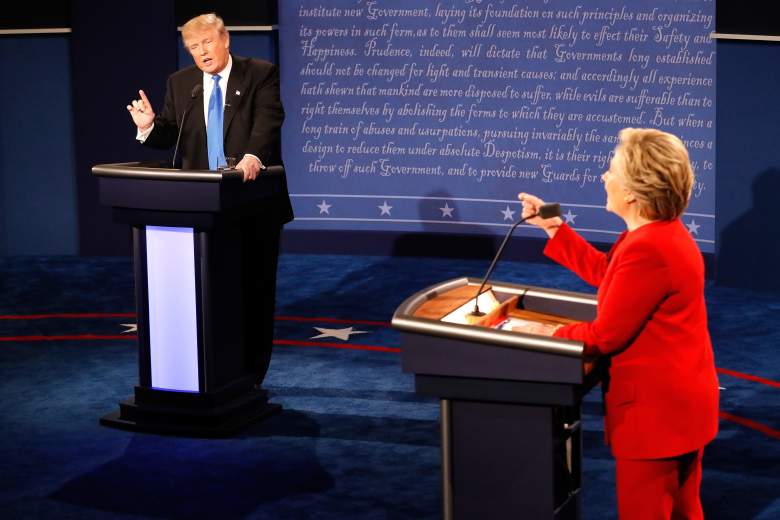 Donald Trump and Hillary Clinton at the first presidential debate.(Getty)

The third and final presidential debate is about to take place at the University of Nevada, Las Vegas. What should we expect the candidates to discuss this time around? What are the topics?

Wednesday’s debate will consist of six topics: debt and entitlements, immigration, the economy, the Supreme Court, foreign hot spots, and fitness to be president, according to the Commission on Presidential Debates.

These topics were determined by the debate’s moderator, Chris Wallace of Fox News. While some of them, such as immigration and the economy, have been talked about in previous debates, rarely have debt and entitlements come up during the 2016 election cycle. The national debt is currently almost $20 trillion, and both candidates’ proposals would increase it. According to the Committee for a Responsible Federal Budget, Hillary Clinton’s proposals would add $200 billion to the debt, and Donald Trump’s proposals would add $5.3 trillion.

In terms of the Supreme Court, the next president will have the opportunity to appoint several Supreme Court justices, and Donald Trump consistently argues that even those who don’t necessarily like him have no choice but to vote for him in order to get conservatives on the bench. Hillary Clinton says that she would only appoint judges who would overturn Citizens United v. FEC, which determined that corporations can spend however much money they want on political expenditures. Donald Trump has released a list of six potential appointments. He promises to protect the second amendment, and he and his running mate, Mike Pence, have implied that Roe v. Wade would be overturned under a Trump presidency.

The third presidential debate takes place on Wednesday, October 19th, just about three weeks ahead of election day. The format will be the same as the first debate: the event consists of six segments, each lasting approximately 15 minutes. After a question is asked, candidates have two minutes to answer, and the remaining time is then spent on followups and on an open discussion.

Historically, the third debate tends to be the least-viewed of the three, with voters usually having seen enough by the conclusion of the second debate and with some not even making it past the first one. Still, both candidates have a lot to answer for on Wednesday, as Hillary Clinton and Donald Trump have been dodging questions about recent campaign controversies. Trump has not yet spoken with the press since nine women came out and accused him of sexual assault, and Hillary Clinton has been missing in action as WikiLeaks releases several damning emails and documents, one suggesting that a state department official tried to get the FBI to change the classification of one of Clinton’s emails, according to The Washington Post.

The final presidential debate will last 90 minutes, starting at 9:00 p.m. and ending at 10:30 p.m. Eastern Time. It will be broadcast on all major television networks and will be streaming live over the internet on YouTube and Twitter.

Loading more stories
wpDiscuz
4
0
Would love your thoughts, please comment.x
()
x
| Reply
The third and final presidential debate is about to take place. What should we expect the candidates to discuss this time around? What are the topics?