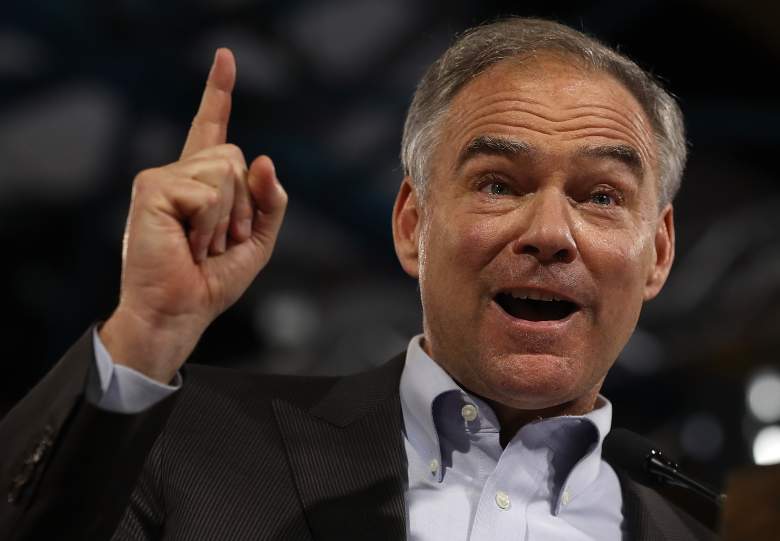 Tim Kaine went head-to-head with Mike Pence during the first presidential debate at Longwood University in Virginia on Tuesday night.

The debate was much more detailed-oriented than the first presidential debate, as this time, both of the candidates are experienced politicians. Some of the issues that came up included ISIS, race relations, abortion, taxes, and Russia.

Pence did, to some, come across as having a firmer control over than the debate than Kaine, as the Indiana Governor was much calmer throughout the event. Kaine’s goal was clearly to pin Pence down and force him to try to defend some of Donald Trump’s past statements, even if he came across as aggressive in doing so.

Kaine also brought up Donald Trump’s tax returns, his immigration policy, and his past statement that women should be punished for having abortions. However, Kaine never really went after Pence for the governor’s own record, instead focusing all of his time on Trump.

Here are some of Tim Kaine’s key quotes from the 2016 vice presidential debate.

“So it’s smart not to pay for our military, our veterans and our teachers? And I guess all of us who pay for those things are stupid.”

“He is asking everybody to vote for somebody that he cannot defend.”

“People shouldn’t be afraid of bringing up implicit biases in law enforcement, and if you’re afraid to bring up the problem, you’ll never solve it.”

“If you want to have a society where people are respected and respect laws, you can’t have somebody at the top who demeans everyone he talks about, and I can’t believe that Governor Pence will defend the insult-driven campaign that Donald Trump has run.”

“Donald Trump can’t start a Twitter war with Miss Universe without shooting himself in the foot.”

“You don’t get to decide the rights and wrongs of [Hillary Clinton’s email scandal]. We have a justice system for that.”

“If you don’t know the difference between dictatorship and leadership, then you’ve got to go back to a fifth grade civics class.”

“I think you should live your moral values, but the last thing, the very last thing that government should do is have laws that punish women for making reproductive choices, and that is the fundamental difference between a Clinton/Kaine ticket and a Trump/Pence ticket.