During a combative interview with Morning Joe on MSNBC, Donald Trump supporter Ben Carson asked the show’s crew to turn off panelist Katty Kay’s microphone so he could talk.

About four minutes into the interview, Kay asked Carson if he is saying that the women who have claimed Trump sexually assaulted them are lying. Carson was silent for a moment, and then told Kay, “That’s your characterization, because you need to characterize it that way, to try to make me the bad guy.”

Kay tried to chime in at that point, but Carson began talking over her, repeatedly saying, “Stop.” Joe Scarborough said that she wasn’t going to stop because it was a “simple question.” Then, Carson asked, “Can you turn her microphone off please so I can talk?” Scarborough refused and the interview continued for another five minutes.

Scarborough insisted that they jut wanted a yes or no answer.

“It doesn’t matter whether they’re lying or not,” Carson said, pointing at the screen. “What matters is that the train is going off the cliff. We’re taking our eye off of that and we’re getting involved in other issues that can be taken care of later.” Carson went on to say that he’s happy the discussion turned to “morality in this country,” but he doesn’t think that now is the time to talk about it, during a presidential election.

When asked what it said about Trump that there are multiple women accusing him of sexual assault, but none accusing Carson, he again said that this was not important to discuss now.

“Again, not an important issue. Again, it’s like hitting against a brick wall, getting people, and particularly people in the news media, to understand how much trouble we’re in,” Carson said.

Carson suggested that the media is “distorting” the race and the interview ended with Carson and Scarborough talking about media neutrality. “The reason that you are protected in the Constitution is because you are supposed to be objective and on the side of the people and helping them. When you take sides, it is absolutely distorting to the original intention,” Carson said.

Here is the full transcript of Carson’s interview on Morning Joe, via Twitter. 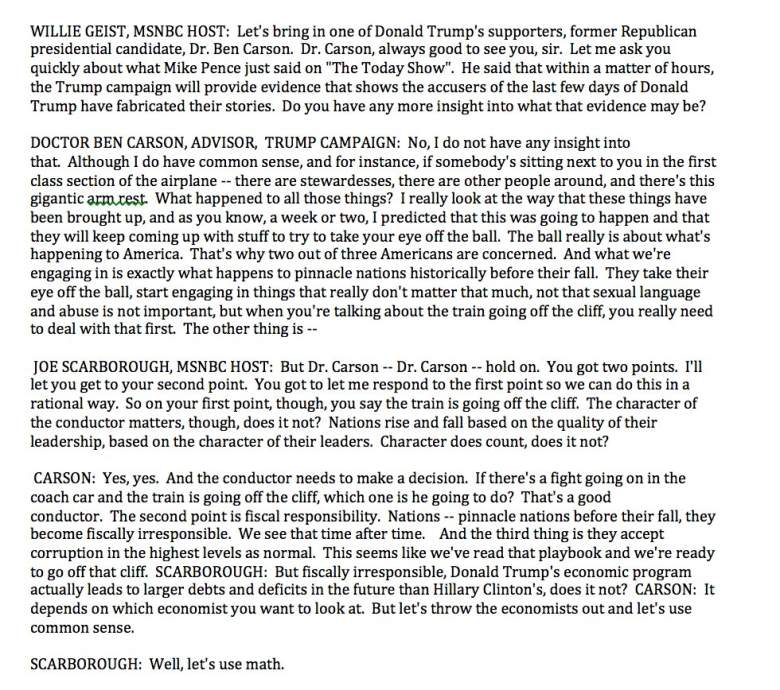 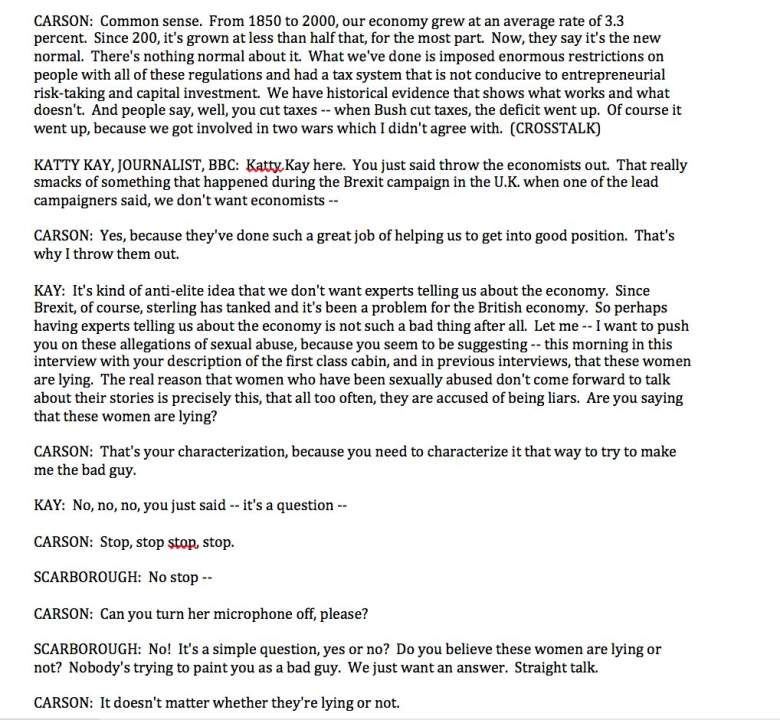 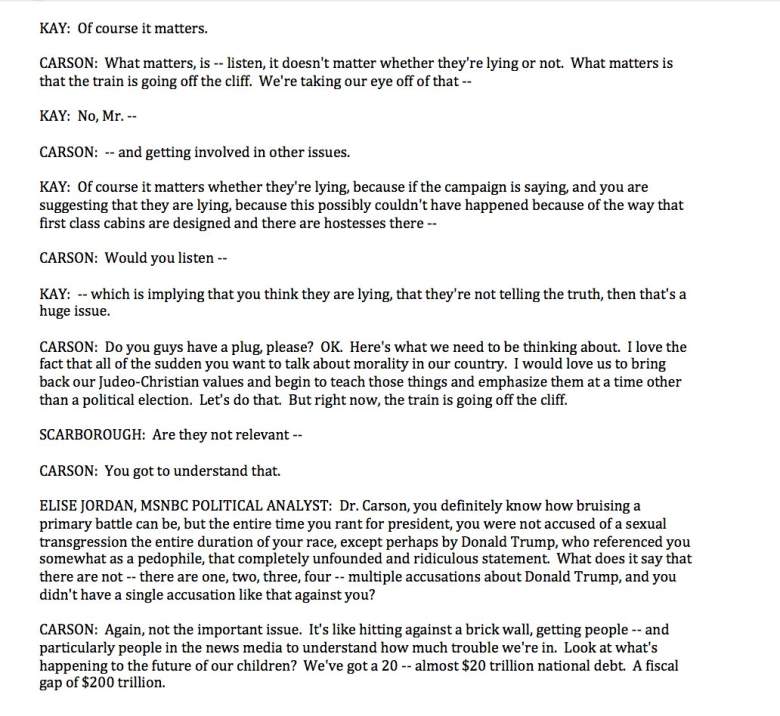 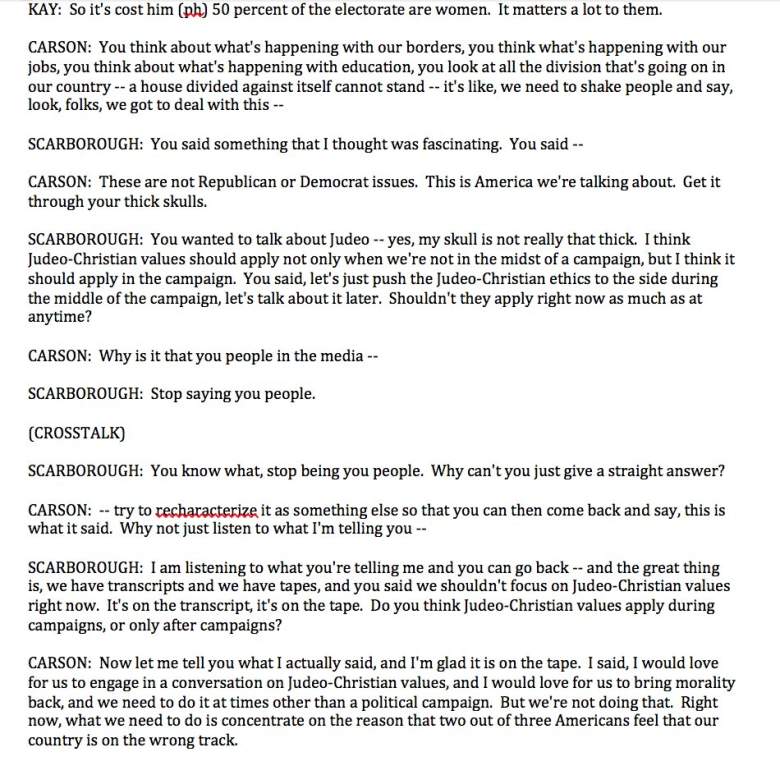 I'm not sure that ordering the silence of a woman is a great way to win back women voters who are fleeing Trump. Just a suggestion. https://t.co/CCT5RSHIyd

Earlier this week, Carson told a CNN anchor that he was “surprised” she had never heard “locker room talk” like Trump’s. The Republican presidential candidate has repeatedly defended his lewd comments in a 2005 video by calling it “locker room talk.” 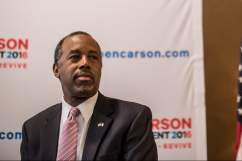