Summer Zervos, a former contestant on The Apprentice, claimed in a press conference alongside attorney Gloria Allred that she was sexually assaulted by Donald Trump in 2007 in New York. She recalled an incident in Los Angeles, where she rejected his sexual advances. She pushed him away, and as he did, she saw him “thrusting his genitals.” On January 17, 2017, Zervos and Allred announced that they will file a lawsuit against Trump for defamation.

Zervos also said that she tried to contact Trump in April 2016, but did not tell Trump’s secretary why she was calling. The secretary suggested that she send Trump’s campaign and email, which she did. However, Zervos never got a response.

Zervos did appear on Season 5, but was “fired” in week 1. In her press conference, Zervos said she continued seeing Trump as an advieor and visited him in New York. She called his office to see if he could have lunch, but she was instead invited to his office. She claims that when she arrived, Trump kissed her on the lips, a move that surprised her.

When they sat down, Trump was “extremely complimentary,” she said, with Trump complimenting how she handled herself on The Apprentice. He offered her a job and said he would meet her in Los Angeles soon and kissed her on the lips again as she left. The kiss had shocked her so much that she called a friend and her family, who believed that it must have been some form of greeting for Trump. 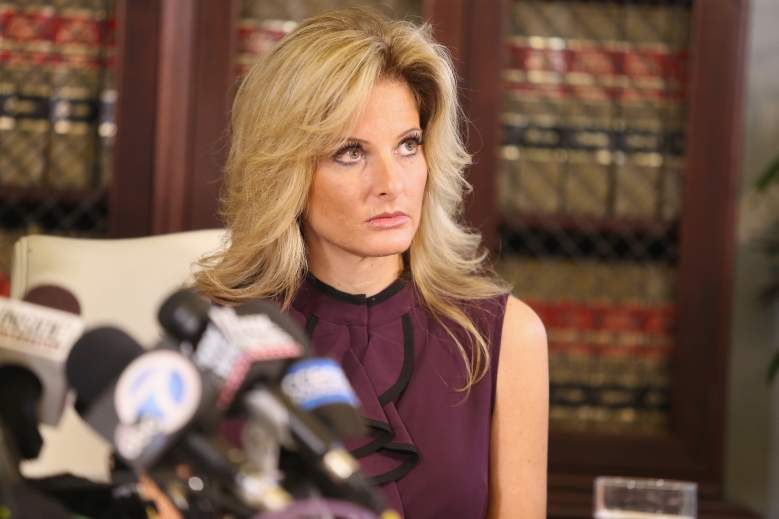 The day she got back to Los Angeles, she spoke with Trump on the phone, who referred to her as his “O.C. Angel.” She claims that Trump yelled at her for her handwriting because it was hard to read her phone number, which she wrote out for him in New York. A few days later, he called again to let her know that he was going to Los Angeles and then again when he arrived. They met at the Beverly Hills Hotel, where she claims the incident with Trump happened.

At the hotel, she was ushered to a bungalow instead of the hotel restaurant. She claims that when they sat down on a loveseat, Trump moved toward her aggressively and touched her on the breast. She then moved away, but he grabbed her hand and walked her to the bedroom. She tried to leave, but he spun her arund and told her they would lay down and watch “telly telly.”

Allred said that she did have evidence to support Zervos claims, but was not ready to make that public yet. Allred also said she spoke with two witnesses who corroborated Zervos’ story. When asked if Zervos has any political affiliation, she said she is a Republican. 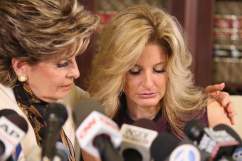 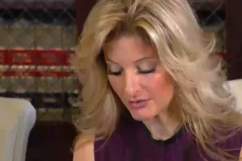