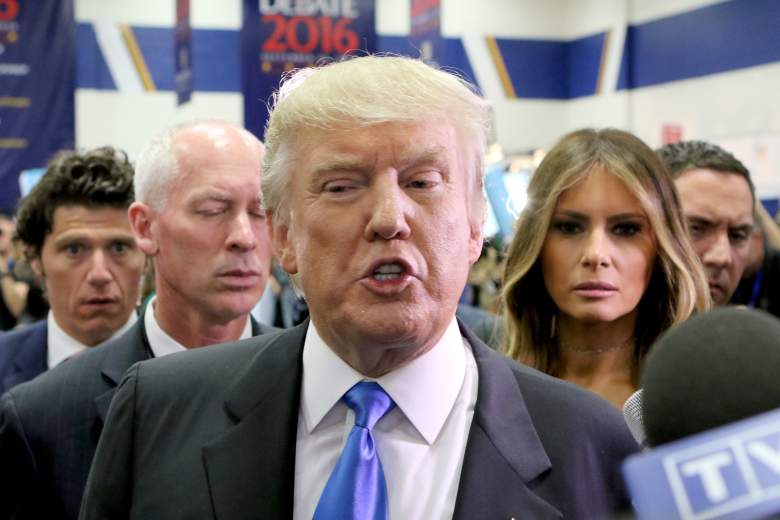 Donald Trump is looking to save his campaign. (Getty)

Donald Trump finds himself at the center of controversy once again on the campaign trail. The Washington Post released an Access Hollywood outtake video from 2005 where Trump is overheard making degrading comments about women to host Billy Bush.

Trump told Bush a story of an aggressive advance he made on a woman.

Trump continued telling him how he took her furniture shopping and explained that his advances were unsuccessful.

“I moved on her like a bitch. But I couldn’t get there. And she was married. Then all of a sudden I see her, she’s now got the big phony t**s and everything. She’s totally changed her look,” Trump continued.

After discussing who they were meeting on the Days of Our Lives set, Trump began making more generic statements including a slur about grabbing women.

The release of the tape has been greeted with outrage across the country, including many politicians within the Republican party.

Ohio Governor John Kasich released a statement saying he would not vote for Trump.

I will not vote for a nominee who has behaved in a manner that reflects so poorly on our country. FULL STATEMENT: https://t.co/7zUFPXvXPA

There are no excuses for Donald Trump’s offensive behavior. Cindy & I will not vote for him. My full stmt: https://t.co/MOw0rx4LSI

Trump released a video apologizing for his comments while also confirming that he said the things in the video. In the apology, he turned his attention to the Clintons and referenced Bill Clinton’s marital indiscretions.

It will be worth watching how Trump responds at the second presidential debate. Most expect him to try to turn the attention to Bill Clinton.

Loading more stories
wpDiscuz
6
0
Would love your thoughts, please comment.x
()
x
| Reply
A recently released recording of Donald Trump has him fighting to keep his campaign alive. Find out what he said and why members of the GOP are upset.