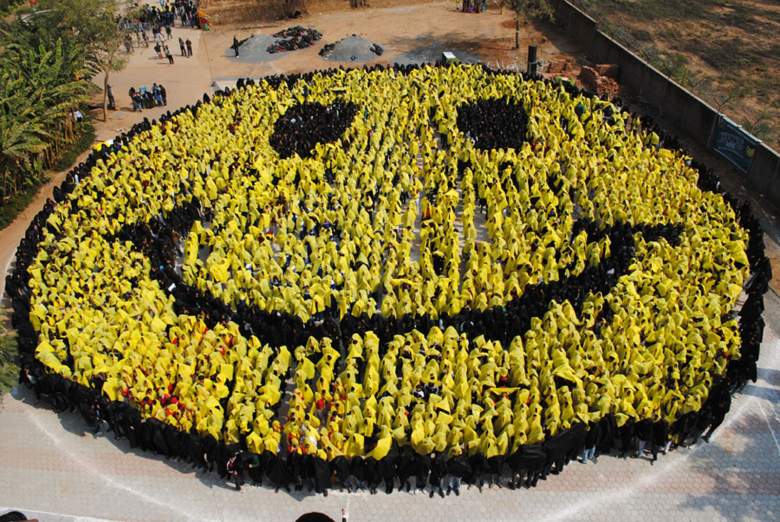 October 7 is the first Friday of October, which makes it World Smile Day. The holiday was founded by the man who created the world-famous yellow smiley face, Harvey Ball. The holiday is an annual reminder that everyone should try to take a break from being serious and smile once in awhile.

1. Ball Was Paid Just $45 for Creating the Smiley Face & Never Trademarked It

Ball was born in Worcester, Massachusetts and still lived there when he died. According to his New York Times obituary, he claimed to have created the smiley face in 1963, when he was working at an advertising agency in Worcester. The State Mutual Life Assurance Company of America asked him to come up with a logo that could help the company ease tensions with employees.

Ball said he was only paid $45 to come up with the image, which is now known around the world. He never applied to trademark the logo.

However, there has been some dispute over whether or not Ball really created it. A program director at WMCA in New York told the Times in 1989 that the station used a very similar logo in 1962, the year before Ball created his. However, their logo had a crooked smile.

“‘The fact that Harvey Ball created the smiley face is well documented in text and photography in the Worcester Telegram & Gazette and in the internal documents of State Mutual Life,” William Wallace, executive director of the Worcester Historical Museum, told the Times in 2001. “No one else can make a successful claim.” 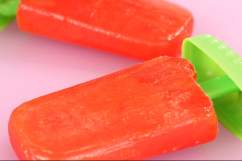 National Cherry Popsicle Day: How to Celebrate the Day

2. Franklin Loufrani of Belgium Was the First Person to Trademark the Smiley Face & Sued Walmart

The Smiley ? was created in 1963 by a commercial artist. #WorldSmileDay started in 1999 and continues annually on the 1st Friday in October. pic.twitter.com/NQ4uDLlEJ8

Although Ball did not trademark his logo, Franklin Loufrani, a Belgian designer, claimed he created it in 1972 and then registered the logo in over 100 companies. He also runs The Smiley Company, which calls itself the “original Smiley brand.”

In 1997, Loufrani tried to trademark the smiley face in the U.S., but clashed with Walmart in 2001, CNNMoney notes. Walmart had been using the image since 1990, which it was free to do because it wasn’t trademarked in the U.S. In 2006, Walmart decided to stop using the logo as the legal battle went on. The two sides didn’t settle until 2011. The settlement was not made public.

In 2016, Walmart began using the logo again. When asked about the settlement, a Walmart spokesperson told CNNMoney, “We own the trademark for Smiley.” 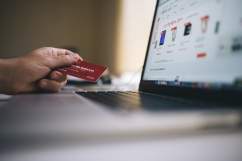 3. Ball Created World Smile Day in 1999 to Promote the True Meaning of the Logo

According to the Harey Ball World Smile Foundation, Ball was inspired to create World Smile Day in 1999 because he was concerned by the over-commercialization of his beloved logo. So, he decided that the world needed to celebrate one day where people could put aside politics to smile.

The holiday is now the first Friday of every October around the world. After Ball died, the Harvey Ball World Smile Foundation made sure to continue his legacy.

Turn those frowns upside down for #WorldSmileDay with the Avengers: Age of Ultron gag reel pic.twitter.com/bkq6KkDOE0

One of the goals of the foundation is to spread smiles around the world. They have enlisted Honorary Smiles Ambassadors throughout North America, Asia, Europe and Africa to spread smiles.

Celebrities who have served as ambassadors in the past include Jackie Chan, Jack Nicklaus, Phil Collins, Jimmy Buffet, Jerry Lewis, Brooke Shields and Yoko Ono.

The foundation also assists the Nativity School of Worcester and Bancroft School Worcester Partnership Program and Girls, Inc. of Worcester.

The Smiley Face Song (Ballad of Harvey Ball) Music VideoA fun song about how Smiley came to be with original illustrations by Harvey Ball, who created smiley in Dec.1963 in Worcester, MA. The song is written by his son Charlie Ball and performed with Plainfolk and the Smiley Face Chorus. Visit worldsmileday.com or worcesterhistory.org for more info. The Smiley Face Song can be downloaded…2014-09-24T05:18:00.000Z

If you need a smile, just listen to the above song written by Ball’ son, Charlie Ball. “The Smile Face Son (Ballad of Harvey Ball)” was performed with the group Plainfolk and a children’s chorus.

The smiley face logo has gone on to become one of the most recognized logos around the world. It’s also taken different meanings in other contexts. One of the most famous examples is the blood-splattered smiley face image used by writer Alan Moore and artist Dave Gibbons in the series Watchmen.

“It’s just a yellow field with three marks on it. It couldn’t be more simple. And so to that degree, it’s empty. It’s ready for meaning,” Gibbons told the Smithsonian. “If you put it in a nursery setting…It fits in well. If you take it and put it on a riot policeman’s gas mask, then it becomes something completely different.”

…but Tommy Haas can make him crack a smile ?#Wimbledon #WorldSmileDay pic.twitter.com/c2Uams40tD 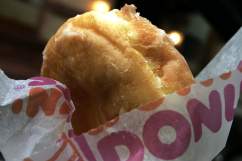 National Donut Day 2016: Where to Get Free Donuts

Read More
5 Fast Facts, holiday
Today is World Smile Day! Click to learn about the history of the holiday, smiley inventor Harvey Ball and to put a smile on your face.