Yonatan Daniel Aguilar was an 11-year-old Los Angeles, California boy who was found dead in August in what police there are calling one of the worst cases of child neglect and abuse they have ever seen. Now, new and disturbing details about how young Yonatan perished have come to light from court records.

1. He Was Found Locked in a Closet, Weighing Just 39 Pounds

On August 22 of this year, at their home in the Echo Park neighborhood of Los Angeles, 39-year-old Veronica Aguilar — a mom of four kids — told her husband Jose Pinzon that the youngest of her children had died. Stunned, Pinzon found the child, who preferred the name Daniel, crammed into a small closet wrapped in a blanket.

Pinzon immediate called 911 — but because he wasn’t receiving any cell phone signal, he ran out of the house to the nearest 7-11 convenience store to make the call from a pay phone. When Los Angeles police arrived, they found the little boy dead in an emaciated condition. In addition to being imprisoned in a bedroom closet, the little boy — who was reportedly autistic — had been starved.

Daniel weighed only 34 pounds when police recovered his body, which was covered in pressure sores from lying on a floor for a prolonged period of time. He was partially bald, foam was coming out of his nose and he had cuts on his face. The mom kept Daniel sedated in the closet by forcing him to drink over-the-counter cough syrup, according to the court record cited in the Times report. Plastic cups containing traces of the pink syrup were also found in the closet.

2. His Mom Faces Murder Charges in the Boy’s Death

Veronica Aguilar charged with murder of her 11 year old son. His body appeared malnourished and was found in closet pic.twitter.com/KQpMiPOm8P

According to records uncovered from Juvenile Court and cited in a report this week by The Los Angeles Times, Veronica Aguilar confessed to the crime, to her husband, telling him, “I took care of the problem by ruining my life.” The mom expected to return to Mexico with her son’s body for burial, according to the Times report.

Instead, she was arrested and charged with murder as well as child abuse resulting in death. She is being held on $2 million bail and could face between 15 years and life in prison, if convicted. She had entered a plea of not guilty.

3. Aguilar’s Other Kids Knew That Daniel Was Locked in the Closet — for 3 Years

Veronica Aguilar has three older children, ages 14, 16 and 18, who all reportedly were aware that their mother had kept their youngest brother imprisoned in a closet for the past three years — a closet so small the little boy could not even fully stretch out his legs.

The 14 and 16-year-old kids slept in the same bedroom where Daniel was locked in the closet, in the Echo Park home. But according to the police account, they were instructed by their mother to keep quiet about what she was doing to the little boy. The 18-year-old initially told police that he didn’t know Daniel was in the closet, but eventually admitted that he was aware of the extreme abuse and neglect his mom was inflicting on his little brother, telling police that the apparently autistic Daniel was “a troublemaker.”

The only member of the household who did now know what was happening to Daniel — or even that Daniel was living in the Echo Park home, was Pinzon, the boy’s stepfather. Police said that after they arrested the mom, they set up a confrontation between Pinzon and the other three kids, at which it was evident that Pinzon was genuinely shocked and upset to learn that Daniel had been stuffed in a closet inside the home for three years. 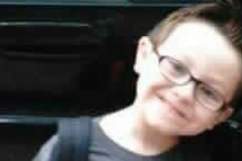 4. He ‘Disappeared’ From School in 2012, but No One Asked Any Questions

Echo Park Lake in Los Angeles, just down the street from the home where Daniel Aguilar lived and died. (WikiMedia Commons)

In the spring of 2012, Daniel showed up ay school with a black eye. After that day, he was never seen at his school — or anywhere in public — again, the Times reported. Even Pinzon did not see his stepson in that time, but he said that Aguilar told him that she had sent the boy back to Mexico to live with family members there — which is also apparently what neighbors and school officials believed.

According to other reports, she told neighbors that the child was institutionalized, also in Mexico.

Social workers said that they were prohibited by law from inquiring into the child’s absence from school unless someone filed a complaint about it, which did not happen.

5. The Aguilar Home Had a History of Child Abuse Investigations

Between 2002 and 2012, investigators from the Los Angeles County Department of Children and Family Services received complaints about Veronica Aguilar and her home six times, the first in 2002, three years before Daniel was born. At that time, the mom had attempted suicide, despondent over her treatment by her children’ biological father who she said was a heavy drinker.

Between 2009 and 2013, DCFS received four complaints of that the boy was suffering abuse, and classified Daniel’s risk of abuse as “high.” But each time the visited the family, investigators said they found that conditions there warranted no further investigation.

In 2009 a school nurse called in a complaint after she saw cuts on the then-four-year-old boy’s face, and he told her that his mother had slapped and scratched him.

But “everyone interacting with the child and his family thought the child was in a safe environment,” a DCFS official was quoted as saying. 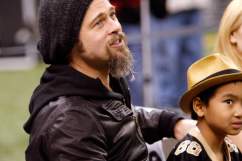