Tonight is the Season 14 premiere of the hit show, American Dad!. Fox initially cancelled the animated series, but TBS swiftly picked it up– and the show’s TBS run began on October 20, 2014.American Dad! has been nominated for a number of awards, including two Primetime Emmys and two Annie Awards. In 2013, it was awarded the title of top television series by the American Society of Composers, Authors, and Publishers.

Read on to learn more about when the show premieres tonight.

TV CHANNEL: TBS – Check with your local TV provider (Verizon FIOS, Optimum, etc.) for the exact channel number. (To find out what channel TBS is for you, click here to go to TVGuide.com and click “change” next to “Provider.”)

EPISODE SYNOPSIS:  The Season 14 premiere is a parody of the movie “Groundhog Day,” as Stan keeps reliving the same Father’s Day. 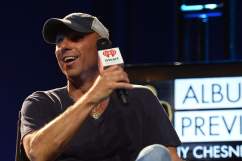 Who Is Kenny Chesney Dating? 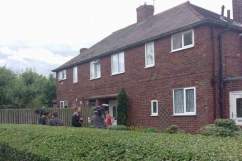 Loading more stories
wpDiscuz
0
0
Would love your thoughts, please comment.x
()
x
| Reply
Tonight is the Season 14 premiere of American Dad! on TBS. Get the station info, what channel to watch, when and what time it’s on.