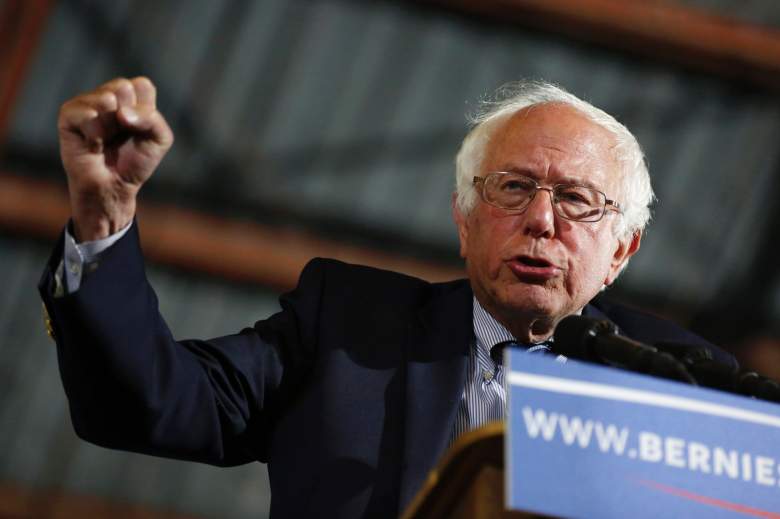 Bernie Sanders challenged Trump today in a video watched by thousands of his supporters. (Getty)

Bernie Sanders addressed President-Elect Donald Trump during a speech from George Washington University, watched by thousands via a livestream. He called on Trump to keep his economic promises, while stopping the spread of racism and bigotry. The speech cut out at a few times, so we have several videos of his speech below, which you can piece together to watch the whole thing, along with a summary of what Sanders said.

Watch Videos of Bernie Sanders’ Speech to Trump Below

Here’s the first part of his speech, shared by George Washington University.

And here’s the last part, shared by Our Revolution:

Sanders Said He Would Hold Trump Accountable to His Economic Promises

During his speech, Sanders shared the economic campaign promises Trump had made and talked about how they planned to hold him accountable. “(This was) certainly one of the most unusual campaigns ever won by a candidate,” he commented. “…Mr. Trump said a whole lot of things… and sometimes I think they’d just come off the top of his head.”

Everyone laughed. Then Sanders got serious.

We have a list of everything you said, and we are going to hold you to account… Pay attention to see what he now does. Whether or not everything he was saying to the working class of this country was hypocrisy…or sincere.”

He talked about how Trump said he understood how American were hurting and he was going to help them. Sanders listed the points Trump made that he agreed with and that he intended to hold Trump to:

But, Sanders added a warning. ‘Many Democrats will be prepared to work with Mr. Trump if he turns out to be sincere. If those promises turn out to be hollow … we will not only oppose his economic policies, we will expose those hypocrisies as well.”

Sanders then mentioned the areas where he would not be working with Trump and he was met with thunderous applause.

We will not be involved in the expansion of bigotry, racism, sexism… Since our inception, this country has struggled to overcome discrimination of all forms: racism, sexism, xenophobia, and homophobia. … I say to Mr. Trump, from the bottom of my heart … We are not going backwards in terms of bigotry, we’re going to go forward in creating a non-discriminatory society.”

Sanders then called on Trump to rescind any idea of appointing Steve Bannon to his Cabinet. “The President of the United States should not have a racist at his side.”

“Despite virtually all of the scientific evidence, Mr. Trump throughout his campaign proclaimed that his view is that climate change is a hoax created, for whatever reason, by China. … Climate change is not a hoax, it is a great planetary crisis that we face…”

He ended the speech by imploring Trump to listen to the scientific community and not the CEOs of fossil fuel companies. 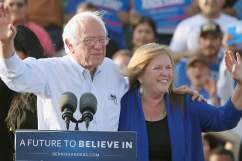 How Many Write-In Votes Did Bernie Sanders Get in the Election?