Protests against the election of Donald Trump broke out across the country last week. (Getty)

With the 2016 Presidential election and victory by Donald Trump nearly a week in the past, million of people were left stunned — and wondering, can Hillary Clinton still win? With protests against Trump’s election continuing into the weekend in numerous cities across the country, and hate crimes committed by apparent Trump supporters reported in the highest numbers since the aftermath of the 9/11 terror attacks, millions of Americans are searching for any legal way to reverse the results of the election.

By Saturday, millions had signed an online petition asking for the results — and Trump — to be thrown out, and for Clinton to be declared the winner and next president in his place.

The fact that Clinton won the popular vote, ending up with a 1.2 percentage point lead according to The New York Times, has only intensified the calls to prevent Trump from becoming president. But do Trump’s opponents have a case? Is there any basis on which Clinton could still win the 2016 presidential election after all?

1. Clinton Has Already Conceded the Election to Trump

In most elections, the losing candidate delivers a public concession speech late on election night, when the results of the voting become clear. But Clinton waited until the following morning to deliver her speech, in which she admitted defeat and told her supporters — and the American people — that Trump would indeed become the 45th and next president of the United States.

But does the fact that Clinton has conceded make any difference? The short answer is — no. Political concession speeches are merely offered as courtesies and carry no legal weight whatsoever.

In fact, while losing political candidates would often privately congratulate the winners, the “tradition” of the public concession speech at least in presidential campaigns coincided with the rise of television. Though Democrat Al Smith conceded in a radio-broadcast speech in his 1928 election landslide loss to Herbert Hoover, the practice of regular public concessions did not begin until 1952, when Democrat Adlai Stevenson conceded to Dwight D. Eisenhower in a televised address.

In other words, if there were a legal way for Clinton to still win the election, the fact that she has already conceded would be irrelevant.

2. The Electoral College Has Not Voted, And That’s the Real Election

A voter fills out her ballot on Election Day. But her vote, and those of other voters, aren’t the votes that count. (Getty)

Though more voters chose Clinton than Trump nationwide, she lost anyway, because the U.S. presidential election is really 50 separate elections — one for each state. And in each state, voters are not actually voting for a presidential candidate, but for “electors,” that is, people picked by state political party officials who will then vote in what, under the U.S. Constitution is the second presidential election and only one that actually counts — the Electoral College vote.

Clinton failed to win enough states to give her 270 electoral votes, a majority of the Electoral College.

But neither the Constitution nor any federal law requires that the electors vote for the candidate who won their state. In theory, anyway, they can vote for whoever they want. That’s why an online petition on the site Change.org, which has already received more than 4 million signatures, circulated online after the election, calling on electors in the states won by Trump “to ignore their states’ votes and cast their ballots for Secretary Clinton.”

“Trump is unfit to serve. His scapegoating of so many Americans, and his impulsivity, bullying, lying, admitted history of sexual assault, and utter lack of experience make him a danger to the Republic,” the petition says. “Secretary Clinton WON THE POPULAR VOTE and should be President.”

States have constitutional right to apportion electors as they see fit & thus can end the Electoral College today https://t.co/giCuyDhnot

The chances, however, that actually turns the election in Clinton’s favor, and functions as more than a symbolic gesture, remain remote. The Electoral College has never reversed itself — even though the 2016 election is the second in the last five elections that the candidate with more votes came out the loser, and sixth time in U.S history. The last time it happened was in 2000, when Democrat Al Gore lost to George W. Bush, despite the fact that more voters cast ballots for Gore.

But individual electors have gone rogue rather frequently. At least one “faithless” elector has cast a ballot for the “wrong” candidate in nine of the last 17 elections, most recently in 2004 when one elector voted for John Edwards, who was running on the Democratic ticket as vice-president.

The electors will not cast their ballots until December 19, so anything could happen — but probably won’t.

3. Some States Could Recount the Votes

Some of the states lost by Clinton were extremely close. Michigan, for example, with its 16 electoral votes, was decided by just 11,223 votes out of nearly 4.8 million ballots cast. Pennsylvania with 20 electoral votes went to Trump by just 68,236 votes — with almost 6 million total votes cast there.

But an automatic recount in Michigan happens only when the vote difference is 2,000 votes to fewer, and in Pennsylvania when the difference is 0.5 percentage points or less.

Otherwise candidates would need to make an allegation of fraud or a serious error in the vote count to demand a recount, and Clinton has shown no signs that she is willing to do that. Even though her concession speech is not legally binding and she could change her mind, no reported statement she has made indicates that she is leaning in that direction, or that she believes she lost do to vote fraud.

Hypothetically, though, even if Clinton demanded recounts in Michigan and Pennsylvania and somehow won them both, she would still be two votes short of 270. Wisconsin, which also finished in a razor-close race, could provide the electoral votes to put Clinton over 270, in this hypothetical scenario. 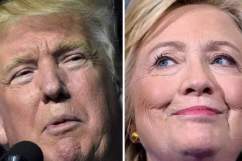 4. Trump is Facing a Trial Before he Takes Office — and he Might Lose

Donald Trump must appear in court prior to being inaugurated as president. (Getty)

Trump is facing a trial date of November 28 in San Diego, California, over allegations that he committed fraud with his profit-making “Trump University” real estate seminar business. Trump seems at least somewhat concerned about the trial. His lawyers filed a motion Saturday asking to put off the trial until Trump is safely inaugurated as the 45th U.S. president on January 20.

The problem for Trump opponents, however, is that even in the Trump University lawsuit or in the other estimated 75 lawsuits Trump currently faces, he is facing only civil penalties — not criminal penalties. While he may end up needing to compensate the victims of his alleged scam or even pay punitive damages, nothing in any of the legal actions would prevent him from assuming the presidency on January 20.

And even if he were hit with criminal charges, as president, he would have the authority to grant himself a complete and unconditional pardon, if he chooses to do so.

5. Milions of Votes Have Still Not Been Counted

Millions of votes have not yet been counted, and final vote totals will not be known for weeks. (Getty)

While Clinton already holds a narrow but clear lead in the popular vote nationwide, California officials on Thursday reported that more than 4.4 million ballots had not yet been counted, most of them mail-in ballots which voters use commonly in the country’s most populated state.

There were about 8.5 million California votes tabulated on election night, but with the extra 4.4 million from California alone, Clinton’s popular vote lead is likely to swell. Outstanding, uncounted ballots also remain in other states, including Washington and New York.

Again, however, the problem for Clinton supporters looking for a way that she can still win the election is simply that Clinton already won California, Washington and New York — by substantial margins. Increasing her lead in those states will not bring her any new electoral votes, changing the results of the election and preventing Trump from taking the White House in January. 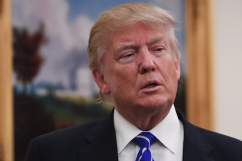 Could President Donald Trump Pardon Himself For Crimes?

Loading more stories
wpDiscuz
137
0
Would love your thoughts, please comment.x
()
x
| Reply
With the 2016 Presidential Election now nearly a week in the past, can Hillary Clinton still win? Many supporters are looking for a way to stop Donald Trump.