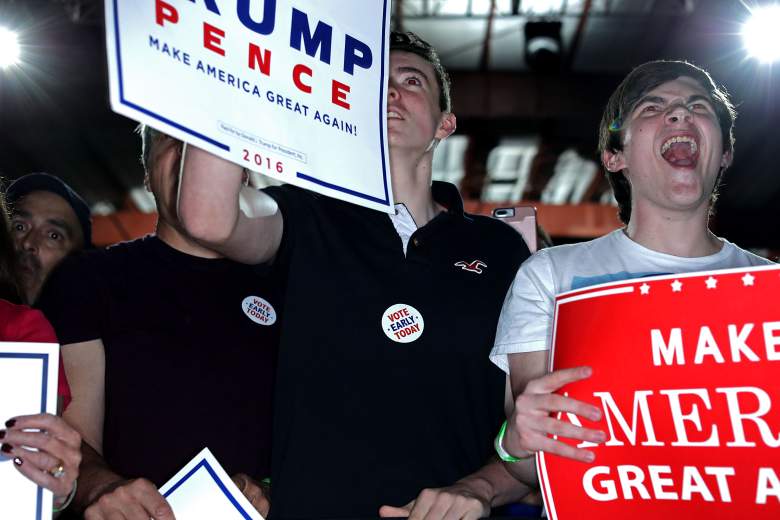 Could New Mexico be in play?

People haven’t talked much about New Mexico this fall, and it doesn’t even make some lists of battleground states anymore. That’s because it’s been polling comfortably for Hillary Clinton for some time, its Latino population has surged, and it was a solid win for Barack Obama twice.

However, some recent polling out of New Mexico is raising a few eyebrows and making people wonder. RealClearPolitics recently added New Mexico to its battleground listing and removed Georgia (because Donald Trump has been polling better there.)

Here’s the score on New Mexico:

The recent chatter about New Mexico derived, in part, from a poll that showed Clinton leading only 2% in the state. However, it’s what else the poll said that became very interesting.

The ZiaPoll said, “The state-wide survey of 8,439 likely voters, conducted on Sunday November 2nd by ZiaPoll, shows a 2 point Clinton advantage going into the final day before Election Day.” That’s in the margin of error.

An Albuquerque Journal poll also found that Trump was closer in New Mexico than Mitt Romney’s final performance there against Barack Obama. That poll found Clinton leading by 5 percentage points (that was just outside the 4.4% margin of error). In both polls, Libertarian candidate Gary Johnson had lost support.

The newspaper also noted that the poll was conducted as New Mexicans received news that Obamacare premiums were increasing 25%. The potential effect of big Obamacare premium increases, announced by the government on October 24, are perhaps under scrutinized by the news media (they are also a factor in Arizona and Minnesota). Clinton has led by 3 percentage points in some online polling recently out of New Mexico.

Before Trump supporters get all excited about New Mexico, though, there are some big caveats.

Other polls haven’t shown such a close margin recently. A Gravis poll, also taken in November, showed Clinton up 8. The Times Picayune newspaper found an 8% lead for Clinton, but with Johnson getting 22 percent. What concerns Democrats is that some people could break away from Johnson on election day and choose Trump because they don’t think Johnson has a realistic chance to win.

FiveThirtyEight, a polling statistics site, currently gives Trump only a 16.3% chance of winning New Mexico. Why? The site based its predictions after studying 50 polls out of New Mexico. The listing of New Mexico polls also shows something else interesting: Clinton led in every poll in the database from October 1 through now.

However, in late August through September, Trump led in some polls in New Mexico. Some of those polls were conducted around the time that Clinton had a medical episode at the September 11 memorial. Trump led between 1-11 percentage points.

Clinton leads New Mexico by an average 5% in the RealClearPolitics polling average, but by 8% in 270toWin’s.

Here are some other data points to consider when assessing Trump’s chances in New Mexico. The state went for Barack Obama – twice. 270toWin notes that New Mexico “participated in 26 presidential elections through 2012, with the results split almost down the middle; 14 for Democrats, 12 for Republicans. However, Democrats have now won 5 of the last 6 elections.” The site attributes this to an influx of Latino voters – hardly fans of Trump as a group.

Furthermore, New Mexico has robust early voting, which is not good for Trump since he fared worse in the polls a few weeks ago in the height of the sexual assault allegations against him (which he denies). New Mexico set an early voting record, with Democrats having an edge in early voting. There has been a surge in Hispanic voting in some key states around the country, according to The New York Times. In 2011, the number of Hispanics in New Mexico surged past whites for the first time.

Loading more stories
wpDiscuz
1
0
Would love your thoughts, please comment.x
()
x
| Reply
Latest 2016 presidential polls out of New Mexico have some wondering whether the state is in play for Donald Trump. Hillary Clinton still leads, though.