Donald Trump cancelled a planned rally in Wisconsin on November 6 and is heading to Minnesota instead for a speech in an airport hangar.

Why? There are several possible reasons, but it can probably largely be boiled down to one: Obamacare. That’s because Minnesotans are roiling from the fourth highest Obamacare premium hike in the country, and there hasn’t been a lot of recent polling to determine the impact of that on the race.

According to the St. Paul Pioneer Press, Trump said at a rally in Florida: “We’re going up to Minnesota which, traditionally has not been Republican at all. And we’re doing phenomenally. We just saw a poll.” He didn’t specify which one, although there was good news for Trump recently out of a Minnesota Congressional district that leans Democratic (more on that in a minute.)

Trump might have spent more time focusing on Midwestern states with demographics that favor him instead of those out West all along; instead, this will be his first public visit to Minnesota, the St. Paul newspaper said, adding that Trump’s running mate Mike Pence will appear in the state – also at an airport – on Monday, in the Congressional district where Trump’s doing well. He’s belatedly trying to court Minnesotans, but how good is his ground game there? Then again, both candidates had sort of written off Minnesota as a non battleground likely to vote Hillary. Until now.

Trump’s sudden Minnesota visit has raised some eyebrows, with some calling it desperation. Minnesota hasn’t voted for a Republican president since 1972. The state has only gone Republican three times since 1928. So what is the Republican nominee doing spending the precious days before the November 8 election in Minnesota?

Trump is spending Sunday in two other blue states also: Michigan and Virginia. Trump is behind in those two states in the polls as well as in Minnesota. This last-minute focus probably speaks to Trump’s need for another state pick up beyond the more conventional battleground states that are, in many cases, currently virtually deadlocked in the polls. The electoral math for him will be very tough if he can’t pick up an upset state. See 7 paths each to electoral college victory for Trump and 7 for Clinton.

Not all people thought Trump’s detour to their state was a great idea:

Donald Trump is coming to Minnesota, which he has no chance to win, to hold a rally at an airport hangar during the Vikings game. Brilliant.

I'm still confused why Trump is coming to Minnesota. Even New York voted for a Republican President more recently than MN did.

Others were happy Trump finally gave them some attention:

@DonaldJTrumpJr @FoxNews You would not believe how many Trump-Pence signs are in Minnesota! Thank you for your service! #MAGA #Minnesota ??

With bad news for Trump coming out of early voting trends in Nevada, where a surge in Hispanic turnout appears to be hurting him despite his lead in recent polls, Trump needs to redraw the map somehow.

Minnesota is one of the few states in the country that allowed people to change their early votes. Trump did visit the state in August, but it was for a private fundraiser. One prominent blogger noted that the candidates had recently started running television ads in Minnesota.

Here are 6 reasons campaigning in Minnesota – while a Hail Mary pass – isn’t completely outlandish for Trump: 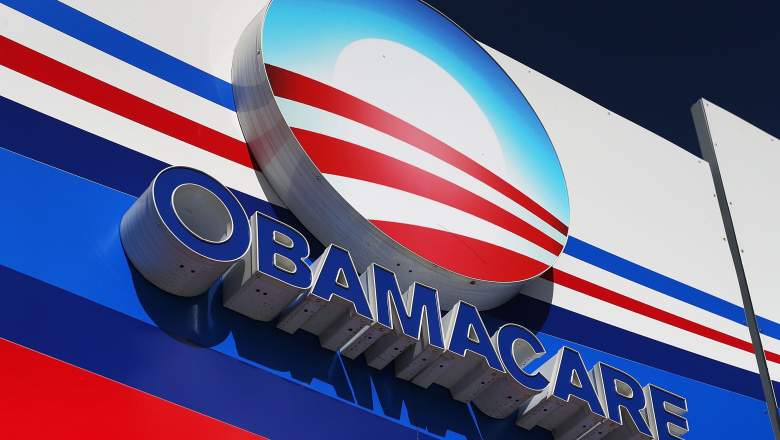 Minnesota is dealing with an Obamacare crisis as the state faces one of the highest Obamacare premium increases in the country – 59%. The St. Paul Pioneer Press said that increase, announced only October 24, was the fourth highest in the country.

The Minnesota newspaper said that the big increase was “shocking consumers and politicians alike.” Trump has promised to repeal Obamacare; Hillary Clinton wants to improve it but keep it.

In September, Bloomberg noted, “Minnesota will let the health insurers in its Obamacare market raise rates by at least 50 percent next year, after the individual market there came to the brink of collapse.”

Minnesota’s governor, a Democrat, said recently: “The reality is the Affordable Care Act is no longer affordable to increasing numbers of people.” The reason? An estimated 100,000 people in Minnesota are being socked with the big increases without qualifying for subsidies and tax credits to offset them, said CNN. That’s 2% of Minnesota’s population.

Is that enough to decide an election? Depends on how close it is.

2. There Hasn’t Been a Lot of Recent Polling Out of Minnesota

Donald Trump and his running mate Gov. Mike Pence will both make stops in Minnesota before the election. | https://t.co/srLRtMOSBW pic.twitter.com/dS4xfawpJJ

What do the Minnesota polls say? There isn’t a lot of good polling out of Minnesota.

According to RealClearPolitics, there hasn’t been a non-online poll out of Minnesota since October 22. That’s before FBI Director Jim Comey sent his surprise letter to Congress about Clinton’s emails. It’s also before the federal government announced the big Minnesota Obamacare rate hike.

The dearth of good polling increases the possibility of an undetected last-minute voter shift or polling error, and it’s a problem being seen across the country, where the number of polls is down.

However, the polling that does exist in Minnesota has led political analysts to put Minnesota in the Clinton column. FiveThirtyEight has collected 43 Minnesota polls during the course of the election and gives Clinton an 80 percent change of winning Minnesota.

3. Clinton’s Lead is Not That Large & There Were Strong Numbers for Trump Out of a Democratic Congressional District There

The last poll in the RealClearPolitics database, by The Minneapolis Star Tribune, covered October 20-22, and found Clinton with an 8 percentage point lead. That poll was conducted, though, in the height of the sexual allegations against Trump (which he denies). His standing plummeted in the polls in many states at that time, but recovered in the past week especially. The Minnesota poll before that, by Gravis in September, found the race tied.

The FiveThirtyEight polling database for Minnesota lists these polls for the time frame after the Comey letter:

However, the last two polls encompassed a time frame both before and after the letter. Clinton leads in all of these polls between 6 and 10 percentage points.

Those polls are all conducted online, according to a polling database published by the Minneapolis Star Tribune.

One other poll has been raising eyebrows. The 8th Congressional District in Minnesota has a Democratic representative. The District is considered Democratic and went for Barack Obama and John Kerry in the past. The District covers northeastern Minnesota near Duluth – where Pence will be appearing.

On October 23, KTSP-TV in Minnesota released the results from a poll in a race in that Congressional District. The poll also asked people about Trump and found: “Our poll shows Republican Donald Trump with a 12-point lead over Clinton, 47 percent to 35 percent.” Trump’s stance on jobs and trade were listed as being possible reasons for his support. The TV station said Clinton led in two other Congressional districts by large numbers.

Bottom line: There’s not a lot of robust polling out of Minnesota, and it’s not very recent (few polls measuring the time frame after the Comey letter and Obamacare bombshell, for example). That means there could be some undetected shift or polling error. But since Clinton has led in almost every single poll by healthy amounts, a Minnesota victory for Trump would be a historic – and surprising – upset.

That he’s going there means he either has some polling data not publicly released or he can’t find anywhere else to redraw the map and is hoping to tap into Obamacare angst.

4. Minnesota Has a History of Electing Outsiders

Remember the wrestler Jesse “The Body” Ventura? He was elected Minnesota’s governor. So, Minnesotans have elected a bombastic TV personality before. Of course, that was all the way back in 1998.

An election site in Minnesota. (Getty)

The state is more than 85% white. More than 33% have a college degree.

6. The State Has Tensions Over Refugees

Trump has been railing about refugees and immigration for months now, and Minnesota has large refugee populations, such as Somali, that have caused some tensions in the state.

A Somali immigrant committed a mass mall stabbing a few months ago. USA Today says about 428,000 foreign-born people live in Minnesota. That’s 7.8 percent of the population.

USA Today wrote after the mall stabbing, “As anti-immigration rhetoric has taken over the national political narrative, the hostility is also evident in St. Cloud. Anti-refugee or anti-Muslim speakers have made numerous stops in Central Minnesota, often to packed houses.” 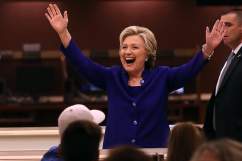