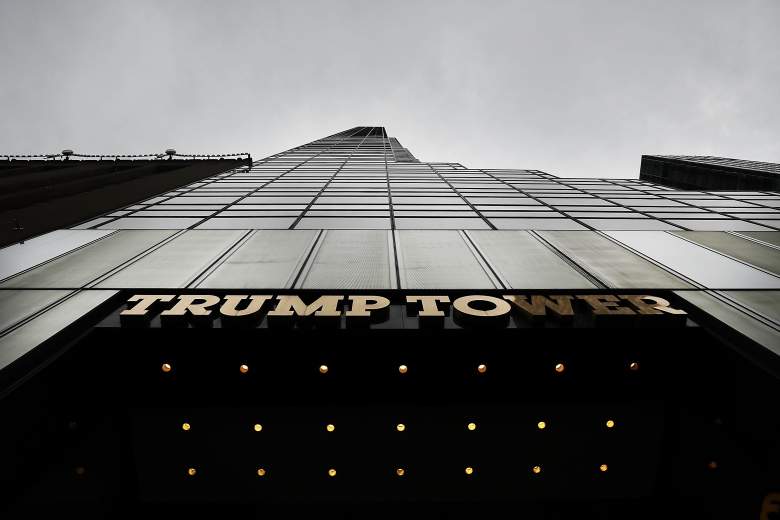 President-Elect Trump has been holding his key meetings at Trump Tower in New York City. (Getty)

Trump will be speaking on Monday with at least nine people, according to The Daily Mail’s David Martosko. The first on that list is John Allison, former chief executive officer of BB&T. Allison is reportedly in the running for the job of U.S. Treasury secretary, according to Bloomberg. Other potential candidates for that position include Steven Mnuchin, former Goldman Sachs banker.

Trump will also meet today with Paul Atkins, who served as the commissioner of the U.S. Securities and Exchange Commission under President George W. Bush from 2002 to 2008. He is also the CEO of Patomak Global Partners, a consulting business, and he has been overseeing the Trump transition team and advising them on financial appointments, The Wall Street Journal reports.

Next up, Trump will meet with Lou Barletta, representative from Pennsylvania’s 11th congressional district and former mayor of Hazleton, Pennsylvania. It is rumored that Barletta is being considered for the role of secretary of transportation, according to Times Leader. In a statement, Barletta said of this meeting, “I look forward to my meeting with President-elect Trump and discussing our ideas for moving the country forward.”

Also meeting with Donald Trump today is David Clarke, controversial Milwaukee County sheriff who is a critic of the Black Lives Matter movement. Earlier this year, he said of Black Lives Matter, “They’re black slime, and it needs to be eradicated from American society and American culture.” According to the Milwaukee-Wisconsin Journal Sentinel, Clarke has been discussed as a potential head of the Department of Homeland Security.”

Trump will then meet with Sandeep Mathrani, chief executive of General Growth Properties, a real estate investment trust. They are the second-largest mall portfolio owner in the U.S., according to CNBC.

David Petraeus will meet with President-Elect Donald Trump today as well. Petraeus, former director of the Central Intelligence Agency and Army veteran, is reportedly one of the top contenders for the role of secretary of state. Another contender is Mitt Romney, but with many of Trump’s aides publicly criticizing Romney in recent days, this seems less and less likely. Former New York City Mayor Rudy Giuliani is a contender, too.

Trump will also meet with Scott Pruitt, the attorney general of Oklahoma and former state senator. Pruitt’s term will soon come to an end and he is not eligible to run for reelection. According to Politico, Pruitt is in the running for the position of head of the Environmental Protection Agency. After meeting with Pruitt, Trump will speak with David Steward, the founder of World Wide Technology, Inc, a systems integration company. Finally, Trump will speak with Kathleen White of the Texas Public Policy Foundation, a conservative think tank based out of Austin, Texas.