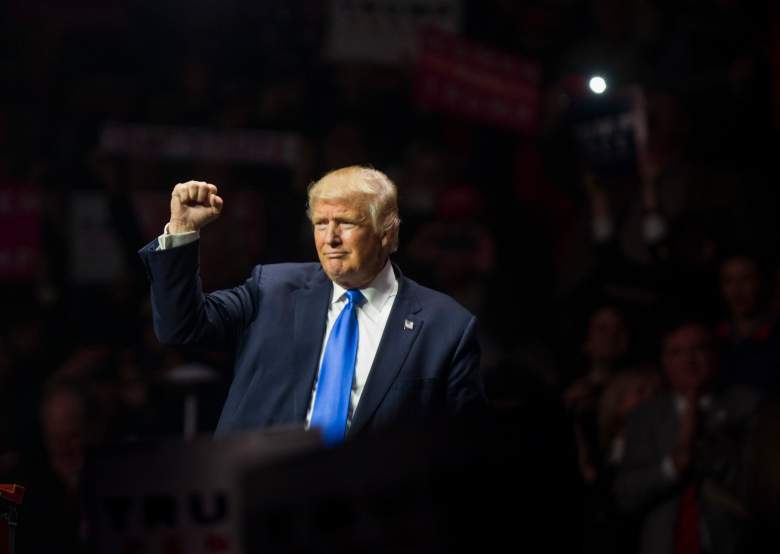 Donald Trump issued a response to the attack at Ohio State University in Columbus on Monday. Nine people were wounded and police said a suspect was shot and killed by an officer. The suspect was 18-year-old Somali man Abdul Razak Ali Artan.

Trump posted his first comments on Facebook instead of Twitter. His statement was posted before information on the suspect was known.

Watching the news unfold at Ohio State University. Our thoughts and prayers are with all of the students and administration.
Excellent job by the Ohio State University Emergency Management Team (OSU_EMFP) in immediately notifying students & faculty via social media with the message: “Buckeye Alert: Active Shooter on campus. Run Hide Fight. Watts Hall. 19th and College.”
THANK YOU to all FIRST RESPONDERS who reacted immediately and eliminated the threat on campus.

After information on the suspect was revealed, Trump waited until early Wednesday morning to Tweet a comment.

ISIS is taking credit for the terrible stabbing attack at Ohio State University by a Somali refugee who should not have been in our country.

Dan Scavino, a Trump staffer, did tweet a message on Monday, which was retweeted by the official Trump team.

.@TeamTrump watching coverage of what has transpired @ Ohio State – Thoughts & prayers are with the students & administration at this time.

Trump still hasn’t released a statement since the identity of the suspect was revealed. However, Vice President-elect Mike Pence posted the following message on Twitter:

Our thoughts and prayers are with those recovering at Ohio State. Fast action by law enforcement saved many innocent lives today.

Ohio State University Emergency Management first told students of an active shooter situation shortly before 10 a.m. ET on Twitter. Subsequent tweets asked everyone not on campus already to stay away and confirmed that all classes were cancelled.

Trump frequently commented on shootings or attacks during the campaign. The president-elect’s first comments on the Orlando Pulse Nightclub shooting in June drew heavy criticism, since he wrote, “Appreciate the congrats for being right on radical Islamic terrorism, I don’t want congrats, I want toughness & vigilance” before there was evidence that shooter Omar Mateen pledged allegiance to ISIS.

Some online have suggested that the suspect’s actions mirror typical ISIS actions, although the suspect being inspired by or connected to the Islamic State has not been confirmed. Police say the suspect drove his car into a crowd of people and used a knife to attack. OSU confirmed that some of the victims had stab wounds, while others looked like they were injured by the car.

NBC News reports that the suspect was an 18-year-old who attended OSU and was a Somali refugee. His parents are legal resident of the U.S. The motive is unknown, but OSU Police Chief Craig Stone told the media that “this was done on purpose.”

NBC News later reported that the name of the suspect is Abdul Razak Ali Artan. The officer who shot the suspect was identified as Alan Horujko.

Days before the election on November 8, when Trump spoke in Minnesota, he told his supporters that they have “suffered enough” from the Somali refugees who live in that state. “Here in Minnesota you have seen firsthand the problems caused with faulty refugee vetting, with large numbers of Somali refugees coming into your state, without your knowledge, without your support or approval,” Trump said.

Trump’s comments came after a knife attack at the Crossroads Mall in St. Cloud, Minnesota. The suspect in that case was Somali refugee Dahir Ahmed Adan.

The Somali Community Association of Ohio estimates that there are 45,000 Somalis in Ohio.