VoteCastr, a startup political data company operated by both Republican and Democratic research, ran an unprecedented “experiment” on election day, gathering and estimating vote totals for Hillary Clinton and Donald Trump from seven battleground states and publishing them on the internet throughout the day — breaking with a journalistic tradition that placed an embargo on election results before polls close.

VoteCastr data, which was first published in real time by the online political magazine Slate.com, was widely distributed, including by Heavy.com in the report linked below. According to some media reports, the data even affected financial markets throughout Tuesday. 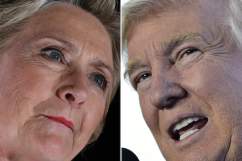 By VoteCastr’s estimations, Hillary Clinton should have coasted to an easy victory on election day. The model saw her winning all seven states tabulated by VoteCastr — all of them crucial battleground states that Trump needed to win in order to have a realistic shot at winning the election. VoteCastr vote totals showed Clinton winning all seven.

But when the returns were in late Tuesday night, it was Trump who came out ahead in five of the seven states — more than enough to put him over the top and propel him to victory.

Clinton won only one of the seven states in the VoteCastr project, Nevada. One other VoteCastr state, New Hampshire, has yet to be called for either candidate, two days after the election.

Voters line up to cast ballots on election day. (Getty)

Here are the final VoteCastr vote total estimates, compared with the final vote totals as compiled by The Associated Press, via The New York Times.

In Florida’s case, VoteCastr was close to the the mark, overshooting the actual amount by less than 40,000 votes, or just under one percent. In Clinton’s case, however, VoteCastr missed by a mile, assigning her 473,824 additional votes, almost 11 percent more than she actually received.

In Iowa’s case, the situation was the reverse of Florida. VoteCastr nailed Clinton’s result, missing high by only 1.3 percent. But Trump blew the VoteCastr model out of the water in Iowa, racking up 152,988 more votes than the data firm estimated — 19 percent of his total.

Nevada is the one state — pending a final result from New Hampshire — where VoteCaster correctly predicted the winner. The model also performed respectably in estimating the Nevada final tally underestimating on Trump by just three percent, Clinton by six percent.

VoteCastr overestimated Clinton’s support in the Granite State by a full 10 percent, while guessing low on Trump by over 16 percent. While VoteCastr picked Clinton to win in New Hampshire and she currently holds a lead of just 0.3 percent, the votes have still not been tabulated. The New York Times gives her an 86 percent chance to win there, so it appears likely that the final result will at least validate VoteCastr’s pick.

In a state where final polling showed Trump with a slim lead of a single percentage point, he ended up trouncing Clinton by almost nine. But VoteCastr estimates showed a narrow Clinton victory. In this case, the new data service overestimated Clinton’s total by more than nine percent, while undershooting on Trump by approximately the same margin.

Pennsylvania polling leading up to the election pointed to Clinton’s having Pennsylvania sewn up. She held a five-point lead. VoteCastr saw it tighter, forecasting a 2.8 point win for Clinton.

Finally, in Wisconsin where pollsters saw Clinton taking the state off the “battleground” board with an six point advantage, and VoteCastr’s election day estimates seeing Clinton’s predicted win in similar terms, by 6.8 points.

But when the votes were counted, Trump won the state by a single point. VoteCastr missed low on his final tally by 15 percent. VoteCastr shot a near bullseye with Clinton, however, missing low by a tick over one percent.

As a result of the missed predictions in five of seven states, VoteCastr’s performance in election day was widely panned. MIT Technology review called it, “a flawed, incomplete means of election-tracking,” while Recode called the VoteCastr misses “arguably the biggest error” of a day in which almost every pollster failed to accurately call the results of the election.

But Slate.com Editor-in-Chief Julia Turner told ReCode that the real problem VoteCastr encountered was that its model relied too heavily on pre-election polling results to adjust its turnout estimates and exit poll results, and translate them into estimated vote totals.

“Obviously, our numbers weren’t right,” she said to the online publication. “We’re running a postmortem with the VC team this morning, but I suspect that’s because Votecastr’s methodology is dependent on polling; Votecastr conducted its own large sample polls, but found results fairly in line with the public opinion polling that was also off by a few points in many key states.” 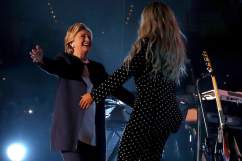 Loading more stories
wpDiscuz
3
0
Would love your thoughts, please comment.x
()
x
| Reply
The new VoteCastr system published vote total results estimated throughout election day. How wrong were the numbers that they compiled, and why?