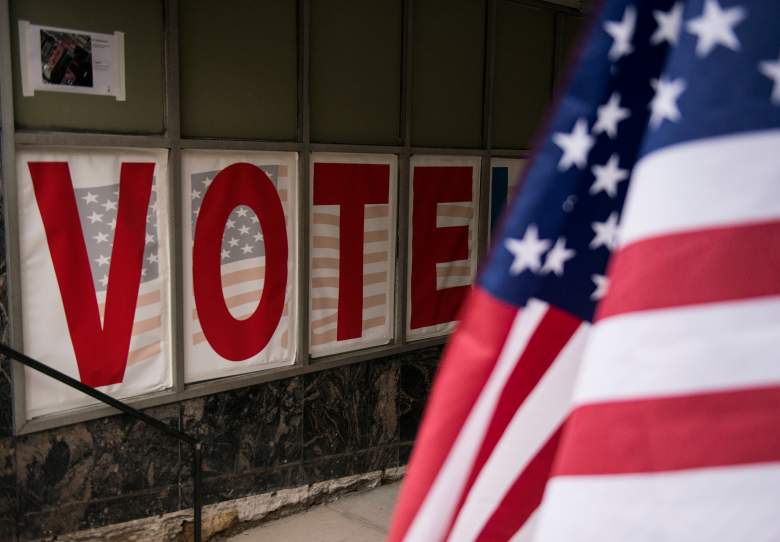 Which third party candidate could get electoral votes? (Getty)

Right now, chances are slim — but not impossible — that a third-party candidate might win one state for the first time since 1968. With Donald Trump and Hillary Clinton polling so close, this could even theoretically lead to neither candidate getting a majority and the presidential decision being passed to the House of Representatives. Right now, the best shots lie with Gary Johnson and Evan McMullin, according to polls. But everything’s still subject to change. Jill Stein isn’t featured as prominently in polls as Johnson, which could make a difference for her numbers. And there are still quite a few undecided voters. The Hill just published a story about how Hillary Clinton is in danger of losing one of her electoral states.  With everything hanging so precariously, anything could change.

Gary Johnson Has a Chance at New Mexico

A poll in early October showed Johnson at 24 percent in New Mexico:

The poll, by Research & Polling Inc. for the Albuquerque Journal, showed Clinton at 35 percent, Trump at 31 percent, and Johnson at 24 percent, FiveThirtyEight reported. Nate Silver ranked the likelihood of Johnson winning New Mexico as “plausible but not likely,” with a 2 to 3 percentage chance.

If Gary Johnson somehow walked away with a win in New Mexico, his home state, then he might force an electoral tie between Donald Trump and Hillary Clinton. This would mean that the final decision on who becomes president would go to the House of Representatives, who would vote among the three candidates who got the most electoral votes. In a scenario like this, it’s not entirely impossible that Johnson could walk away with a win from the House, considering how acrimonious Trump’s relationship has been with some Republicans. But the chances are still slim. Silver ranked the chance of an electoral deadlock from Johnson winning New Mexico at .2 percent.

This poll may be an outlier, since other state polls haven’t shown the same high numbers for Johnson. In late October, FiveThirtyEight published a story by Harry Enten titled “What Went Wrong for Gary Johnson,” and discussed why his national poll numbers dropped from 9 percent in early August to 6 percent now.

Evan McMullin Has a Shot at Utah

Help us make history in #Utah!

Evan McMullin is a latecomer to the presidential election. His conservative candidacy may be a reason why Johnson isn’t doing better. McMullin is from Utah and his momentum there is growing. In late October, he was polling at 26 percent and even led in a survey of the state, according to FiveThirtyEight. Before McMullin entered the race, Johnson was polling at around 13 percent in Utah.

McMullin’s surge in Utah has made some Republicans angry. They say he’s more of a protest candidate whose goal appears to be blocking both Trump and Clinton from getting 270 electoral votes, thus forcing the House of Representatives to decide. But he could also just be a spoiler for Trump and stop him from winning the presidency. He’s on 11 state ballots.

FiveThirtyEight ranks McMullin’s chances of winning Utah at 12 percent, and his chance of becoming President at 1 percent to 3 percent.

At the moment, Jill Stein isn’t polling high enough to win a state. Her polls in battleground states are hovering between 1 and 3 percent. It’s surprising she’s not pulling in more votes, since her policies are almost identical to Bernie Sanders’ and he had more than 12 million people voting for him, not including independents who couldn’t vote in the primary. But for some reason, she’s not doing well in polls. There’s still a chance, however, that she could pull a surprise. At the very least, her supporters are hoping that she can win 5 percent of the popular vote and walk away with federal funding for her party.

Meanwhile, some Bernie Sanders supporters are really pushing for voters to write him in as a candidate in states where write-ins are allowed. (You can read more about the write-in movement here.) One of their big pushes is Vermont, where he’s a highly popular Senator. Right now, the write-in push doesn’t seem strong enough. And many former Bernie supporters are now supporting Stein in Vermont for President. But still, his supporters hope they can convince others to write him in. Bernie himself has said that he’s OK with being written in Vermont, but only because he’s certain that he won’t have a chance at winning there, so it won’t take votes away from Hillary Clinton.

When Was the Last Time a Third-Party Candidate Got Electoral Votes?

The last time a third-party candidate got electoral votes was in 1968 when George Wallace ran a protest campaign.  He got 9,901,118 popular votes (13.53 percent of votes cast nationally) and carried five Southern states, winning a total of 45 electoral votes. It still wasn’t enough to have the House of Representatives decide the vote. The last time the House had to decide the election was in 1824.

Ross Perot did not get any electoral votes when he ran, but he did get 19,743,821 vote (18.91 percent of the popular vote.) If he hadn’t dropped out for several months during the campaign in 1992, he might have done better. At one point he was actual polling ahead of both Bill Clinton and George Bush.

If Trump and Hillary Clinton are prevented from getting the 270 electoral majority, then the vote will go to the House. The House will decide from the three candidates who got the most electoral votes. That could lead to some interesting results and hard-to-predict decisions. 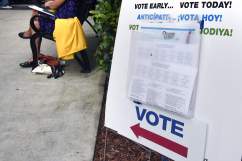