"Condemn me, it does not matter; History will absolve me." - Fidel Castro.

Fidel Castro, who orchestrated a Communist revolution in Cuba and was a thorn in the side of multiple United States presidents as he openly defied them, died at the age of 90. Castro’s death was announced by Cuban state media and widely reported on November 25. Castro had been in failing health for some time. He had ceded control of Cuba to his brother, Raul, in 2008. Few details were released about his death. According to the BBC, Raul Castro said, “The commander in chief of the Cuban revolution died at 22:29 hours this evening (3:29 GMT Saturday).” Castro had brought the shadow of the Cold War virtually to America’s shores due to the proximity of Cuba to the United States. His quotes show that he was not hesitant to extol the virtues of Communism and directly challenge the political system practiced by the country so close to Cuba: America’s capitalism. Castro was a fiery revolutionary who orchestrated a Communist takeover of Cuba, ousting an American-backed dictator. According to Al-Jazeera, Castro was regarded as a “revolutionary icon.” Many people are revisiting some of his most famous quotes in the wake of Castro’s death because he was the architect of a movement who was known for his dramatic quotes. The Communist Revolution in Cuba took place in 1959. The decades that followed were marked by Castro’s defiance toward the United States during the height of the Cold War. Raul Castro announced his brother’s death on television. Click through these slides to read some of Castro’s most memorable quotes. In this photo, a man stands next to a painting of former Cuban President Fidel Castro at the main entrance of the Committees for the Defense of the Revolution Museum in Havana, Cuba on March 19, 2016. Political and economic reforms in Cuba will be a no-go area during talks between Cuban leader Raul Castro and US President Barack Obama, Cuban Foreign Minister Bruno Rodriguez said Thursday. Obama will be on Sunday the first sitting US president to visit Cuba since 1928, capping his historic policy of ending a bitter standoff that has endured since Fidel Castro's overthrow of the US-backed government of Fulgencio Batista in 1959. (Getty) 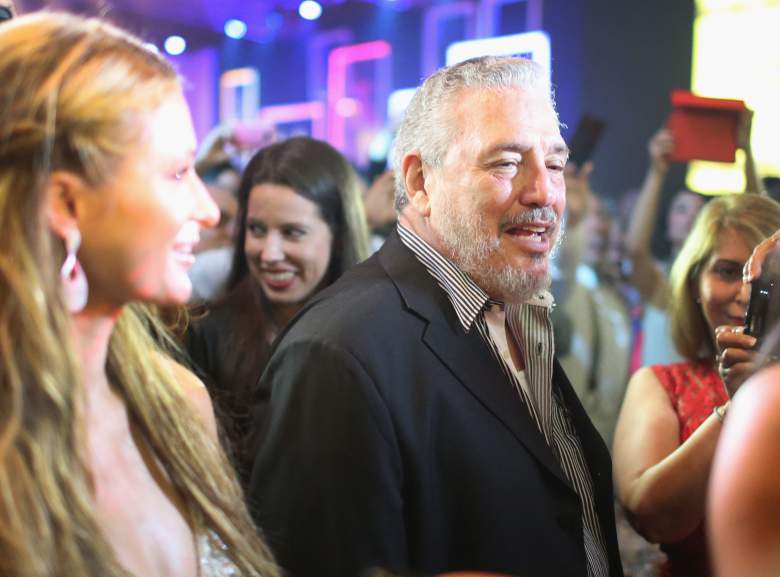