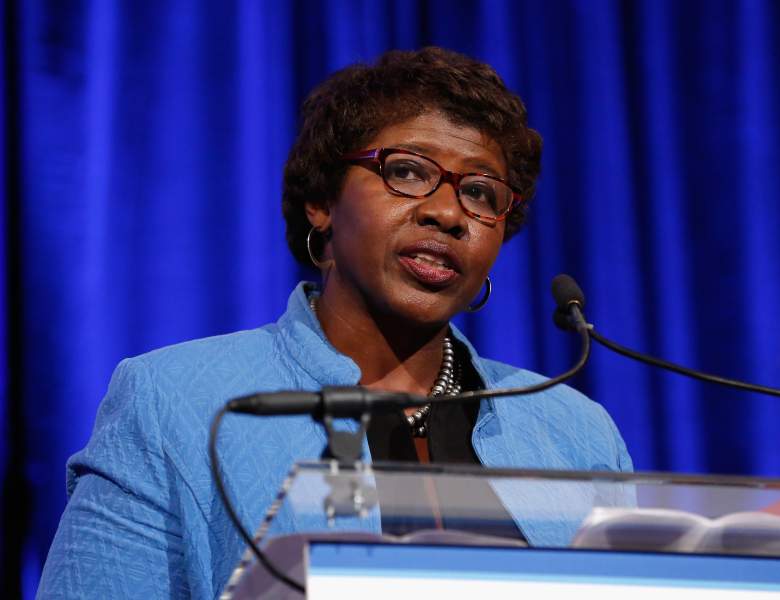 Gwen Ifill, the longtime PBS journalist who co-anchored PBS NewsHour, died on Monday at age 61 after a battle with cancer.

Ifill had been dealing with health issues recently that kept her off the air. She was noticeably absent from PBS election coverage earlier this month.

PBS has confirmed that the cause of death was cancer. Details on what form of cancer were not revealed.

“Gwen was a standard bearer for courage, fairness and integrity in an industry going through seismic change,” Sarah Just, PBS NewsHour executive producer, wrote. “She was a mentor to so many across the industry and her professionalism was respected across the political spectrum. She was a journalist’s journalist and set an example for all around her.”

I am very sad to tell you that our dear friend and beloved colleague Gwen Ifill passed away today in hospice care in Washington. I spent an hour with her this morning and she was resting comfortably, surrounded by loving family and friends… Earlier today, I conveyed to Gwen the devoted love and affection of all of us at WETA/NewsHour. Let us hold Gwen and her family even closer now in our hearts and prayers.

PBS CEO and President Paula Krager said in a statement that Ifill was “one of America’s leading lights in journalism and a fundamental reason public media is considered a trusted window on the world by audiences across the nation.”

In April, Ifill told her viewers that she would have to take two weeks off because to deal with health issues. She was off the air for a few weeks and returned after Memorial Day. PBS said she was “doing well” at the time. However, PBS announced that she would be missing from all election coverage as she “addresses health issues.” The network respected her privacy and did not specify her illness at the time.

In February, Ifill moderated one of the Democratic presidential debates between Hillary Clinton and Bernie Sanders. In June, she interviewed President Barack Obama in a town hall-style event.

Ifill was born in New York City on September 29, 1955 and graduated from Simmons Gollege in Boston in 1977. She fought racism early on in her career, as an intern for the Boston Herald-American. She told Time Magazine that she was given a letter from a staffer that read, “N***** Go Home.” Her editors were so sorry for the incident that they offered her a job.

Ifill went on to work at the Washington Post, New York Times and NBC News before she landed at PBS in 1999, where she had been hosing Washington Week.

She also co-anchored NewsHour with Judy Woodruff, beginning in 2013. She also moderated the 2004 and 2008 Vice Presidential debates. She also wrote the book The Breakthrough: Politics and Race in the Age of Obama.

In a 2009 interview with O, The Oprah Magazine, Ifill explained that her parents were a major influence on her decision to become a political journalist. She explained:

My family was very engaged in the world around us. My father was an African Methodist Episcopal minister and an immigrant from Panama. He was deeply involved in civil rights causes, which scared my mother—she was also an immigrant, from Barbados, who had her hands full with six kids, and she worried that my father would get deported. But because of his passion for politics and civil rights, we paid close attention to current events. We would watch political conventions together—for fun!

I knew early on that I wanted to be a reporter, but I didn’t know I was a political journalist until my first job in Boston, in the ’70s, covering the public school committee at a time when busing was a huge issue. Children’s lives were being directly affected by political decisions, and that’s when I realized that everything is politics.

In a statement released by PBS, NewsHour co-anchor Woodruff said that Ifill “was not only my dear friend, she was the best partner one can imagine, because she was committed to fairness and to the finest in journalism.”

Several of Ifill’s colleagues paid tribute to Ifill on Twitter.

Ifill, tough minded but civil, worked at some of the top news orgs in the country – Balto Evening Sun, Washington Post NYT & NBC.

Personally, I'm sorry I can't thank Gwen one more time for always being there for advice and encouragement. She was one of a kind

The @SimmonsCollege community mourns the loss of proud alumna @gwenifill '77, '93HD. She was a powerful leader & outstanding journalist. pic.twitter.com/6L19AgZB94

Here’s how others paid tribute to Ifill: 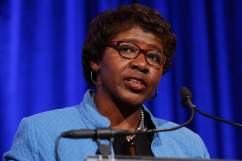 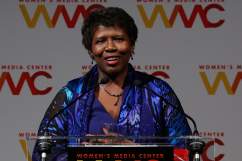 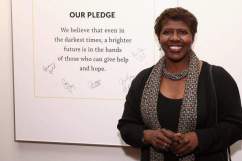 Was Gwen Ifill Married When She Died?