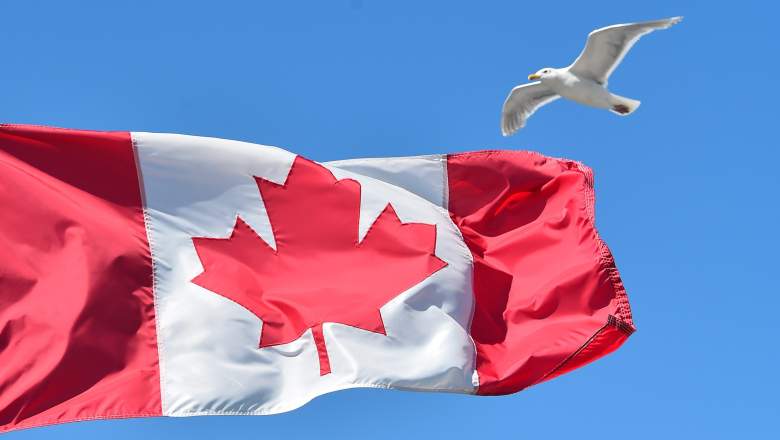 Throughout Donald Trump’s campaign to become President of the United States, many have joked about moving to Canada if he was elected. Well, it looks like those jokes have become a serious consideration for some people. On Tuesday night, when media predictions pointed to a Trump win, the Canadian citizenship website crashed– as of Wednesday late morning, it was still down. After Trump’s win was confirmed, Google searches for “Move to Canada” spiked to their highest level ever.

The Huffington Post reports that searches for one-way flights to Canada more than doubled on Election Night. As of 6pm on November 8, searches were 133% higher than the average for the past four Tuesdays.

For those of you alarmed by the results of Election Day, read on to find out the easiest ways to move to Canada.

3. Claiming political asylum as a “protected person” – This option will not be easy. Michael Huynh, a Toronto immigration lawyer from the firm Orange LLP, told Fortune that Americans who fear the Trump presidency “can’t legitimately claim the ‘protected persons’ or refugee class.” Click here to find out how to apply for refugee status from within Canada, and to find out how to come to Canada as a refugee, sponsor a refugee, or find refugee services in Canada. Click here to determine your eligibility for refugee status.

As a final resort (and for those not wanting to wait out the process), Americans are allowed to visit Canada for months at a time, even without Visas.

The downsides of moving to Canada? First and foremost, the process is expensive. According to Market Watch, merely applying to become a permanent resident in Canada costs $550. Marrying a Canadian citizen also does not automatically make one a Canadian citizen. Shelli Nishino-Fayle, who grew up in Los Angeles but moved to Vancouver after marrying a Canadian citizen, tells Market Watch, “Everything was difficult about the immigration process. There is so much immigration fraud in terms of false marriages in Canada that our marriage was put under the magnifying glass.”

As of October 2016, Canada’s unemployment rate was 7% according to government statistics. Low oil prices have also lowered the Canadian dollar. Furthermore, the country ranks much higher than others when it comes to cost of living. According to Market Watch, nearly half of the people living in urban areas say the cost of buying a home in their area is “high” or “unreasonably high”.

Loading more stories
wpDiscuz
18
0
Would love your thoughts, please comment.x
()
x
| Reply
With Donald Trump winning the election, many have searched online to see how to move to Canada from the US, hoping to emigrate and become a Canadian citizen.