James Rackover has been named as a suspect in the murder of Joseph Comunale, 26, who went missing Sunday in Manhattan, NYC, and whose burned body was found 55 miles away in a shallow grave alongside the Jersey Shore on Wednesday.

Comunale, of Connecticut, was allegedly murdered by Rackover and another man after attending a suspected drug-fueled party at a Midtown apartment where Rackover and his “surrogate father” resided. His family called authorities when he failed to return home after the gathering.

A motive in the brutal slaying is not known at this time, though it was reported that a fight broke out before Comunale was killed. Investigators are conducting interviews with those who knew Rackover and Comunale.

1. He Served Time in Prison Before Taking Another Man’s Last Name

James Rackover is pictured here with an unidentified woman. (Facebook)

Authorities charged James Rackover with concealment of a human corpse and tampering with physical evidence on Thursday.

Comunale’s remains were found in a shallow grave in a wooded stretch behind Foggia Florist located in Oceanport, New Jersey. Oceanport is approximately 60 miles south of Manhattan, and represents an area of the famous Jersey Shore.

His alleged accomplice, 28-year-old Lawrence Dilione, has also been named as a suspect and is facing the same charges in addition to hindering prosecution.

“One or both of these people committed a murder,” prosecutors said in court.

The criminal complaint stated that Dilione told authorities that he knows Rackover, and attended a party at Rackover’s with “Joey.”

“We took Joey’s body to Oceanport, New Jersey and we buried it in a vacant lot,” Dilione allegedly said, according to the complaint. It was reported that he then showed investigators the location of the body on an online map, where authorities later discovered Comunale’s body.

The complaint also states that an unidentified witness saw Rackover place a duffel bag into the trunk of a black vehicle with tinted windows November 13. Investigators tracked a car the same night that was traveling to New Jersey and then back to Manhattan early on November 14. Surveillance footage showed Rackover driving what appeared to be a black Mercedes Benz into a garage near his home, parking and then leaving the garage.

Police dogs reportedly “alerted” on the car’s trunk area, according to the complaint.

The complaint stated that a black 2015 Mercedes Benz is registered to Jeffrey Rackover, who also resides at the same apartment complex, but in a different unit. James Rackover told police that Jeffrey is his father.

The Daily Mail reported that a private investigator, Bo Dietl, said the suspect was born with the name James Beaudoin. He said Jeffrey Ruckover met the younger Ruckover three years ago at a gym and let him take his last name. When his last name was still Beaudoin, he served time in prison from 2012-2013 for burglary charges in Florida. His criminal record also includes drug possession and armed robbery charges. Once out of prison, Dietl said Ruckover moved to NYC to start a new life, which is when he met Jeffrey.

“Jeffrey treated James as the son he never had and allowed him to formally use his name,” the Daily Mail stated.

“Jeffrey was on the 32nd floor and James on the fourth floor,” Dietl told the publication. “They first met, I believe, at a health club about three-and-a-half years ago. Jimmy moved into the apartment about a year ago. Jimmy changed his name to James Rackover because Jeffrey liked this kid so much.”

A lawyer for the younger Rackover verified the name change with CBS, but said he “didn’t know whether the jeweler had adopted him.”

Many have speculated that the two Ruckover men were gay lovers, and Jeffrey may have called James his son to keep it a secret.

Heavy spoke with an anonymous friend of Rackover, who said he saw no indication of the suspect being gay.

Though a motive has not been announced by authorities, sources said “Comunale rejected the advances of one of the men inside the apartment,” according to the Daily News.

A close friend of Comunale told Heavy he was not gay, and “definitely wouldn’t have played along.”

“I tried to make a complete statement in the courtroom. We were fortunate to have the judge set bail in the case. That is only the beginning for us. I look forward to what our review of the evidence will reveal,” said Rackover’s attorney Maurice Sercasz, according to ABC 7.

Rackover was initially taken into custody on an unrelated charge of “aggravated unlicensed operation of a motor vehicle” Tuesday evening and remains in custody as the investigation is underway.

2. Comunale Went Missing After an All-Night Party Hosted by Rackover

Comunale, who was a student at Hofstra University and worked as a tech sales associate, attended a party with the suspects and three women at the luxurious Grand Sutton Tower apartment, where both Rackover and Jeffrey lived, but in separate apartments. Units sell for over $2 million at the posh development. 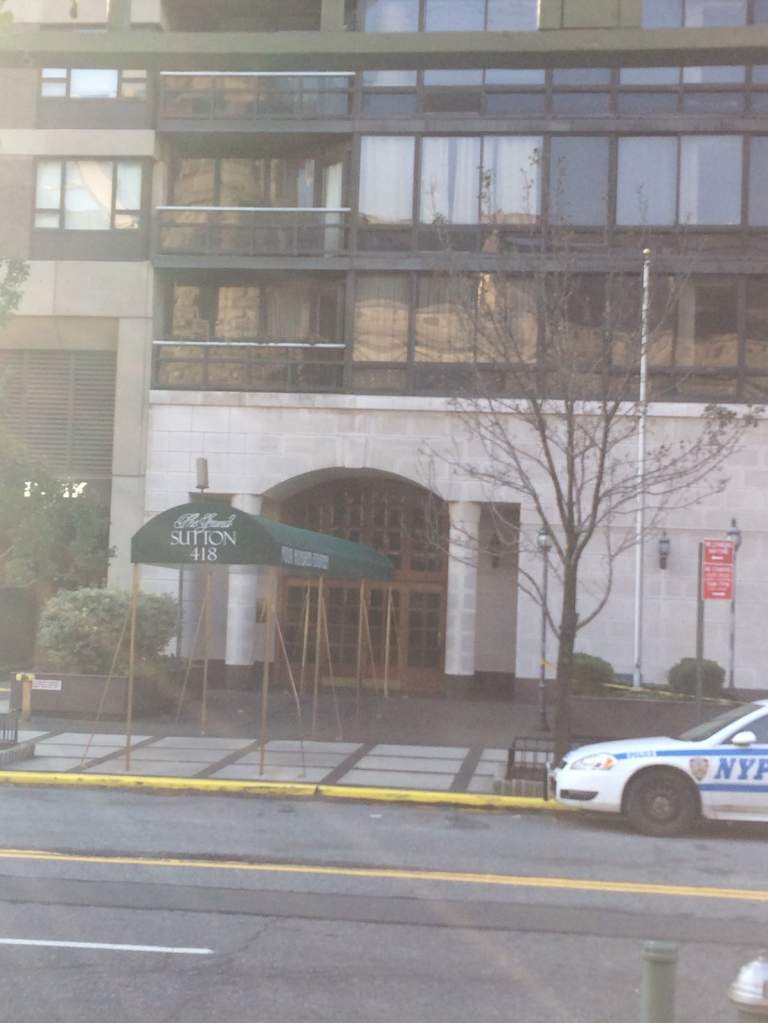 Those who joined Comunale at the party said that he decided to stay behind when they left the apartment, the Daily Mail reported.

Comunale had been hanging out with friends in the city on Saturday, but separated from them at some point in the night. He reportedly met the suspects and three women whom he later attended the party with, at Gilded Lily nightclub in Chelsea.

The group reportedly partied into the early morning hours of Sunday, and sources told the NY Post that they were using cocaine and that authorities thought steroids were also involved.

“To me, he was a sweet loving kid,” Rackover’s grandfather told the Daily News. “I don’t know him in any other sense. It’s a shock. I love that kid. I can’t see him doing something like that. Who knows what went on at that party?”

Comunale’s burned body, which was doused with gasoline, was found with a broken pelvis and 15 stab wounds in a wooded area, PIX 11 reported.

“You have to know what’s back there (on the property) to bury a body,” Carl Ceralde told app.com.

3. Jefferey Rackover Is a Jeweler to the Stars & Friends With Donald Trump 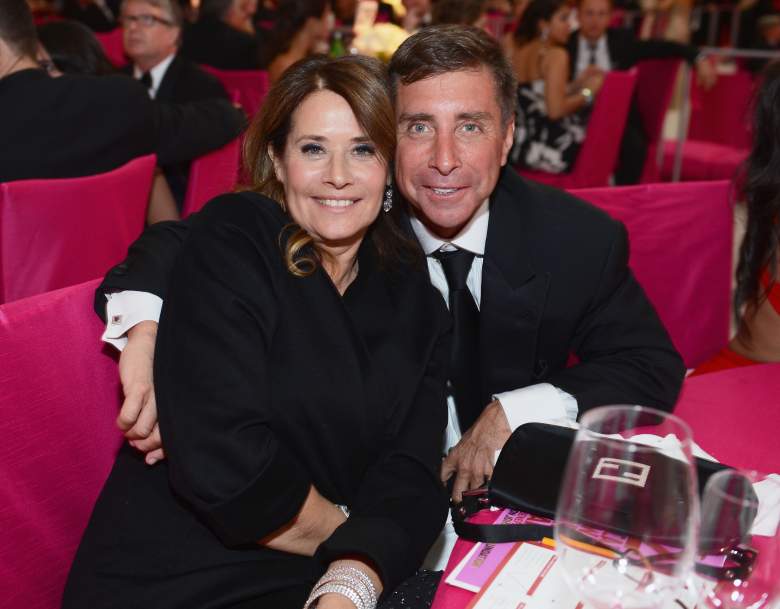 Jeffrey Rackover is a famous jeweler who owns Jeffrey Rackover Diamonds on 5th Avenue in NYC, and who’s known for catering to A-list celebrities such as Natasha Bedingfield and Jennifer Lopez.

It was said that the elder Rackover also picked out Melania Trump’s engagment ring, and is a personal friend of President-elect Donald Trump. Diamond Source of Virginia reported:

Trump, with the help of Graff’s vice president Jeffrey Rackover, selected a classic emerald-cut diamond ring, which features tapered diamond baguettes on the side and is set in platinum. Rackover is a long-time friend of Trump’s. 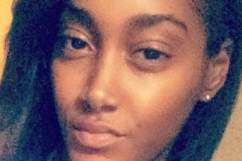 4. He Is Not Cooperating With Police & Has Hired an Attorney, Sources Said

Oceanport Police & @MonmouthSheriff block road in Oceanport where the body of #JosephComunale was found in a shallow grave pic.twitter.com/FG9EwJrhzG

The Daily News reported that Rackover has retained an attorney. 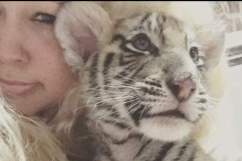 5. Video Surveillance Captured a Man Rolling Luggage Out of the Building

Police sources said that the host of the party had called the front desk to request a luggage cart at about 6:30 p.m. Survelliance video captured the man rolling two pieces of luggage out of the building.

The same person also allegedly asked the doorman how long video surveillance is saved by building management, according to CBS New York.

The Crime Scene Unit of NYPD was later seen carrying bags of probable evidence out of the apartment on Wednesday morning after a warrant was issued.

Police dogs were brought in and discovered what was believed to be blood residue on the luggage cart. Bloodied pants and sheets were also found outside the building in a garbage bag that had been thrown down a trash chute, and authorities believed the pants belonged to Comunale, according to the Daily News.

“He touched everybody who came in contact with him, loved him,” Pat Comunale said of his son to Fox 61. “He was one of a kind. He didn’t deserve this, he didn’t go looking for trouble.”

Friends of Comunale described him as a great friend who was a joy to be around, and they’re expressing their sadness via social media. “My heart goes out to everyone who had the pleasure of knowing a nice guy like you,” Sarah Thomas posted to Facebook. “Justice will be served, but it will never make up for the world losing a wonderful person like you.”

“It’s hard for me to imagine someone I’ve never witnessed have even a verbal altercation with someone have an enemy,” Comunale’s friend, Josh Westie told Heavy. How anyone could even dislike Joey is beyond me. They took someone everyone loved and adored, at this point we just want #justiceforjoey.” 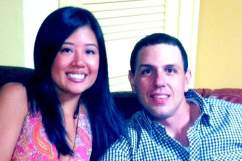 Loading more stories
wpDiscuz
28
0
Would love your thoughts, please comment.x
()
x
| Reply
The "surrogate" son of an elite jeweler to the stars is a suspect in the murder of Joseph Comunale, whose body was found in a shallow grave along the Jersey Shore.