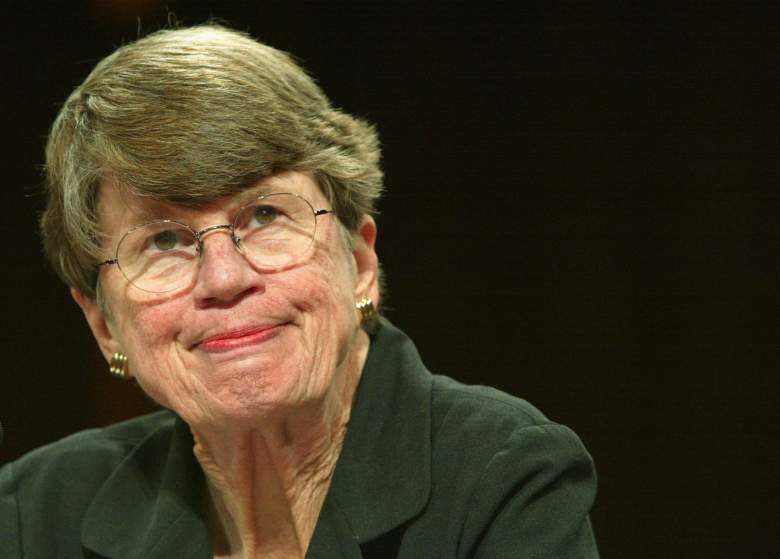 How did Janet Reno die? (Getty)

Janet Reno, the first woman to serve as Attorney General, has died at the age of 78. Why did she die?

Her cause of death was from complications due to Parkinson’s disease, ABC News reported. She died on Monday, her goddaughter, Gabrielle D’Alemberte announced. She spent her last days at home with family and friends.

Reno was only 57 when she was first diagnosed with Parkinson’s in November 1995, Neurology Now reported. She noticed a tremor in her hand during her morning walks around the Capitol. The tremor slowly got worse and a doctor diagnosed her with Parkinson’s. In 2006, she said her symptoms were still mostly confined to her left hand, but her hand would shake violently at times. She was always very open about Parkinson’s and willing to talk to others about it, announcing her diagnosis to the public shortly after she received it. You can watch part of the press conference where she announced her diagnosis here.

Janet Reno was also at the center of many national political issues during the Clinton administration. She was Attorney General during the Branch Davidian raid in Waco, Texas. She was also Attorney General when the Unabomber was caught and convicted, and when Timothy McVeigh and Terry Nichols were caught and convicted. She was also part of the leak about Richard Jewel after the Centennial Olympic Park bombing, and later apologized for what happened. She also figured into Whitewater, Filegate, Monica Lewinsky, and other cases that caught national attention.

After she resigned as Attorney General, she ran for governor of Florida in 2002, but lost in the Democratic primary.