Newlyweds Patrick Downes and Jess Kensky were standing at the finish line in 2013 when the bombs exploded at the Boston Marathon. The couple had only been married for six months at the time of the explosions, and both lost their left legs in the event. Down the line, Jessica would have to lose her right leg, as well. Tonight, HBO will air a new documentary, titled Marathon: The Patriots Day Bombing, which recounts that fateful day in 2013, and takes a closer look at the lives of those affected by the tragedy.

Read on to learn more about Jessica Kensky and Patrick Downes.

1. Both Lost Their Left Legs 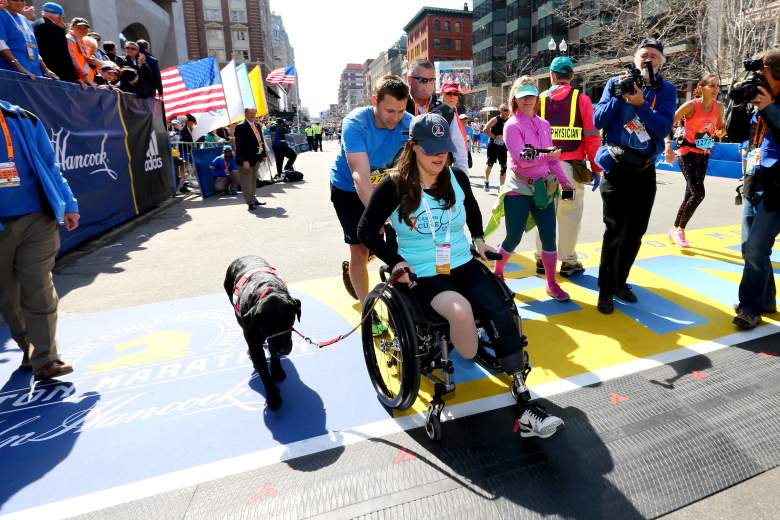 Both Patrick and Jess lost their left legs below the knee in the terrorist attack. The explosion also tore off the heel pad and Achilles tendon on Jess’s right leg. In the aftermath of the attacks, Jess met with a number of specialists and underwent many surgeries to salvage her remaining leg. Over time, however, she came to terms with the fact that amputating the limb was the best option. In an interview with USC News Kensky said, “My leg was so badly damaged and I was in so much pain, I felt like it was gone in a lot of ways — at least the healthy leg I knew. How does one begin to decide if they’re going to keep a limb or not? It’s such a bizarre, unimaginable situation to be in.”

When Kensky and Downes returned home from the Walter Reed Medical Center in 2014, Jess used a chart (given to her by her occupational therapist) to help her clearly see that the amputation was necessary. Speaking about the binder and charts her occupational therapist created especially for Jess, she said,  “…she knew I was a nurse, and I wanted scientific evidence that said I should not keep my leg. After charting for a couple of days, I stared at this binder. In my gut, I knew I couldn’t live with this leg.” Kensky’s surgery to remove her right limb took place in January 2015.

Patrick Downes shares emotional embrace with wife at finish linePatrick Downes finished the 120th Boston Marathon and the first thing he did was hug his wife, Jessica, also a survivor of the bombings. Subscribe to WCVB on YouTube now for more: bit.ly/1e8lAMZ Get more Boston news:wcvb.com/ Like us: facebook.com/wcvb5 Follow us: twitter.com/WCVB Google+: plus.google.com/+wcvb2016-04-18T21:37:17.000Z

In April, Downes ran the 120th Boston Marathon, becoming the first Boston bombing amputee to complete the entire marathon on foot, with a time of 5:56:46. Downes completed the race at 2:49pm– the same time that the first bomb exploded in 2013. Jess was waiting for him at the finish line. After completing the marathon, Downes told CBS Local, “I don’t have words for it. From the get-go, people were just on our side, and that’s been the case ever since April 15, 2013.”

Showing support for his wife, who was not in a position to run, Downes added on, “While I think Marathons are incredible things, it’s nothing compared to what Jess has been through the last three years. I’m so proud of the way she’s pushed through all the setbacks that she’s had.”

3. Kensky Is a Registered Nurse

Kensky is a former cancer nurse, and studied at Johns Hopkins University, where she addressed the graduating class in 2015. According to Newswise, Leah Pike was the first of Kensky’s friends to arrive at her side after the explosion, and was later joined by classmates from Kensky’s Wolfe Street days, colleagues from her time at the Weinberg surgical intensive care unit at Johns Hopkins Hospital, and co-workers at Massachusetts General Hospital in Boston. In an interview with the news outlet, Kensky said, “I have little glimpses in my memory from those first days. I have stories people told me later. But the really painful stuff, it kind of fades away. It’s just too much. I remember writing the words ‘Patrick’s foot.’ I had no idea at that point that I had lost a leg. The only thing I could think about was Patrick’s foot, laying on the ground. Then he wasn’t there. He was taken to a different hospital, and we didn’t see each other for five weeks.”

Jess’s friend, Kathy, is a research nurse at the National Institutes of Health in Bethesda. Her other friend, Erin Gilfather, worked with Kensky at the Weinberg surgical intensive care units. Both women recounted what it was like seeing Kensky for the first time after the incident. Erin said, “I thought I had prepared myself for the first visit. I was a nurse, you know? … She had shrapnel pieces in places no one should ever have shrapnel. Seeing her was a lot harder than I ever thought it would be.” Kathy added on, “I’ve seen cases as a nurse where friends and family were really good supporting a patient, but I’ve never seen anything like I saw in Boston. You know how something happens in a neighborhood and everyone rallies around? It was like this whole pop-up neighborhood appeared for Jess, people from all the different places she had been in life. I remember thinking, “Wow, this is incredible.”

Downes recently earned his doctoral degree at Williams James College in Newton, Massachusetts, according to People. He told the outlet, “Every day has been a struggle for us. It’s not like you just put on a prosthetic and you’re done.”

4.They Have Special Status as Patients at Walter Reed National Military Medical Center 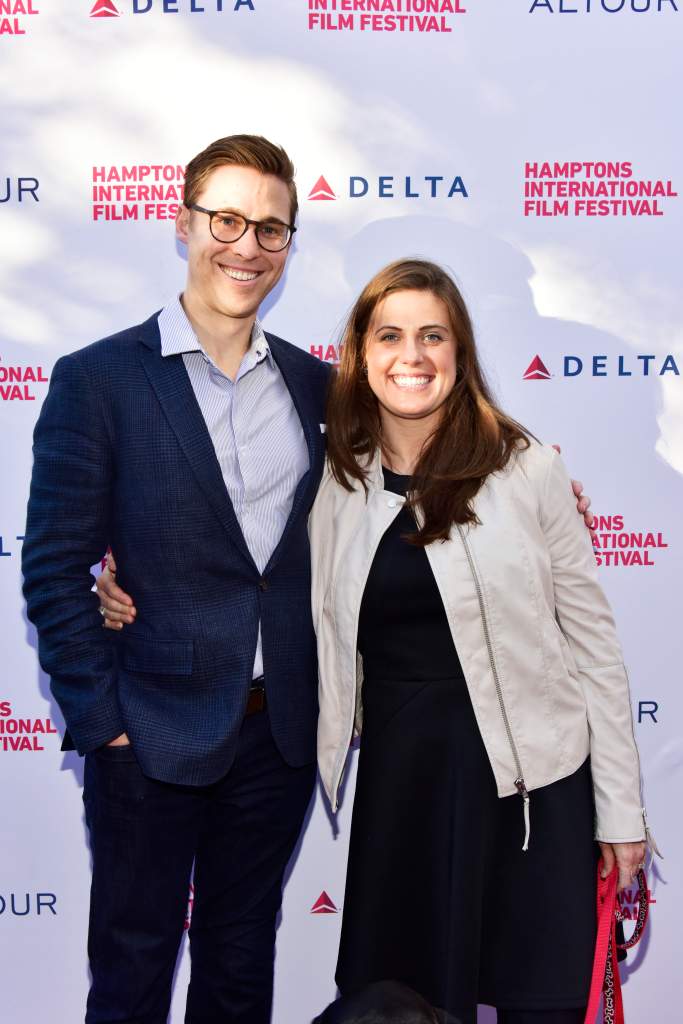 Walter Reed National Military Medical center uses state-of-the art technology and has doctors who are specialized in treating military blast amputees. In 2014, Kensky and Downes gained special status to become patients at Walter Reed, which required approval by the Secretary of Defense. Annemarie Orr ’07, who was Kensky’s occupational therapist at Walter Reed, told USC News, “Jess wanted to return to the life she had before… She wanted to take the [subway] to the grocery store, cook a meal for her husband and entertain, go back to work as a nurse and walk her dog. She would say, ‘I’m living my life in 20-minute increments.’ She could only tolerate standing for that long.

5. They Discussed Dropping out of the Film

According to WBUR, Downes and Kensky considered dropping out of the HBO docuentary multiple times. Eventually, they realized they wanted to share their story. In their interview with People, Downes said, “We think it’s really important to cover the much larger trajectory of recovery that we are still in very acutely right now. It’s much longer than we had ever anticipated.”

At one point in the film, Downes says of his wife, “She’s still in a really bad place. Hope is non-linear. You don’t throw a leg on and then you’re good.” These days, Jessica works with a black Labrador service dog named Rescue, who she says brings her great joy. “It is very much a partnership,” Kensky said. “He’s very intuitive, and he does know when I’m upset and when I’m sad and when I’m happy and when I’m playful. I just think he totally picks up on your mood, and he did that from the very beginning.” 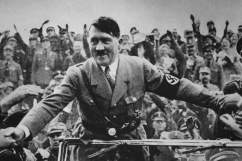