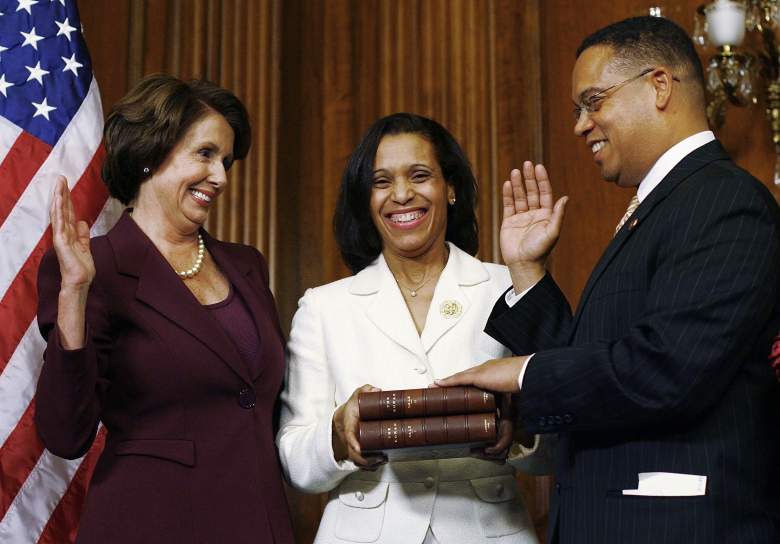 Keith Ellison takes his oath of office with Speaker of the House Nancy Pelosi and his wife, Kim. (Getty)

Congressman Keith Ellison is currently running as the Democrat nominee for Minnesota Attorney General, in spite of the domestic abuse allegations against him.

Ellison is currently the deputy chairman of the Democratic National Committee. He’s also the first Muslim elected to Congress. In August, he was accused of emotional and physical abuse by an ex-girlfriend. In his victory speech after winning the Democratic primary, Ellison said via Fox News, “We had a very unexpected event at the end of this campaign that happened. I want to assure you that it is not true.”

Ellison’s ex-wife is Kim Ellison, and the couple has four kids.

Here’s what you need to know about Keith Ellison’s ex-wife, Kim Ellison.

1. She Is a School Teacher

Kim Ellison works as a schoolteacher in Minneapolis. (kim4mps.com)

Kim Ellison works as a teacher, starting her career teaching Mathematics at The City, Inc. alternative school in Minneapolis. She later moved on to Guadalupe Alternative Program in St. Paul, where she taught multiple subjects, according to the Star Tribune. She now teaches at Minneapolis’ North High School, and she also helps to coach swimming there.

In 2011, she became a member of the Minneapolis school board, replacing another board member who had recently resigned.

In addition, she is also a member of the Minneapolis NAACP’s Education Committee.

2. She is Originally From Maryland

Kim Ellison was born in Maryland and later moved to Detroit. (Ballotpedia)

Although Kim Ellison now resides in Minneapolis, she was originally born in Maryland, and she moved to Detroit while in high school. It’s here that Kim crossed paths with Keith Ellison, who was born and raised in Detroit; the two of them met in high school, according to Ebony.

It wasn’t until 1987 when Kim moved to Minneapolis, and she did so so that Keith Ellison could attend the University of Minnesota Law School. They were married that same year, and Keith graduated with his degree in 1990.

After graduation, Keith and Kim remained in the city, living on the Minneapolis Northside and having their four children there.

3. She Suffers From Multiple Sclerosis

During her husband’s 2006 Congressional campaign, Kim Ellison revealed that she suffers from multiple sclerosis and that she has had the disease for years.

This came up after Keith Ellison got into some trouble for filing campaign finance reports late. Kim, who served as campaign treasurer, took the blame for the late filing and cited her MS, according to High Beam Research.

Ellison was diagnosed with MS in 2002. According to the Star Tribune, she says that swimming helps center her and deal with the disease, which is why she coached swimming and why her first job in Minneapolis was at the North Community YMCA.

“The way the disease has affected my body is mostly muscle fatigue,” she told the Twin Cities Daily Planet. “Like I said, I was a lifeguard and swimming and very active physically, so that’s been limited. Sometimes I walk with a cane, because balance might be off, but you know, just try to keep doing what I’m doing. I might walk slower. I might not walk as long, before I sit and rest, but still doing.”

4. She & Keith Have Four Children 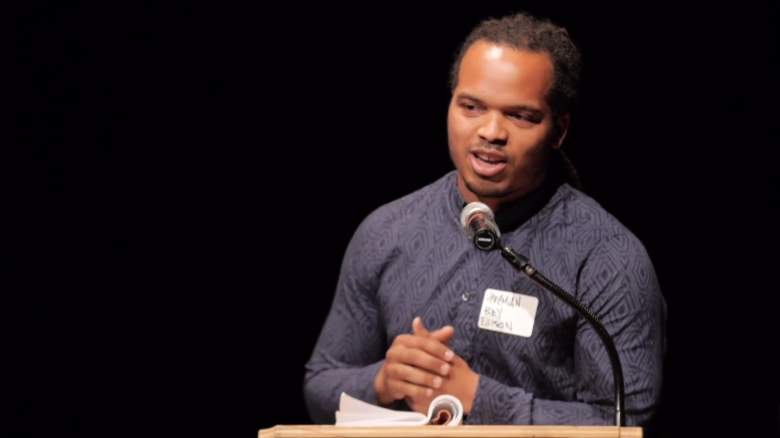 While they were still married, Keith and Kim Ellison had four children, who are now between the ages of 19 and 27, according to Session Weekly.

Keith Ellison was raised Catholic and later converted to Islam. Kim Ellison is not Muslim herself, but the couple’s four children were raised Muslim, according to American Muslim Perspective.

During a congressional debate in 2012, Keith Ellison’s opponent, Chris Fields, accused Ellison of failing to make child support payments and further discussed Ellison’s recent divorce, something that made Ellison extremely angry and prompted him to call his opponent a “scumbag.” Ellison later apologized for using that term but said that “his untrue reference to the terms of my divorce was over the line.”

5. She Was Recently Elected to the Minneapolis School Board With 80 Percent of the Vote

Kim Ellison was appointed to her school board position in 2012, being elected to a full term in the November 2012 election. In 2016, Ellison decided to run for the at-large seat, leaving her original position open.

In the race for at-large representative of the Minneapolis Board of Education, Kim Ellison went up against Doug Mann, who she easily defeated with nearly 80 percent of the vote, Southwest Journal reports. During the race, she was endorsed by the Minneapolis Democratic Farmer Labor Party and the Minneapolis Federation of Teachers.

When she ran, Ellison said that she wanted to work on closing the achievement gap, as well as expanding access to ethnic studies courses, counting those classes towards a social studies course rather than being an elective, according to Southwest Journal.

Read More
Breaking News, DNC, Politics
wpDiscuz
4
0
Would love your thoughts, please comment.x
()
x
| Reply
Keith Ellison may become the next chair of the Democratic National Committee. His ex-wife is Kim Ellison, and Keith and Kim have four children.