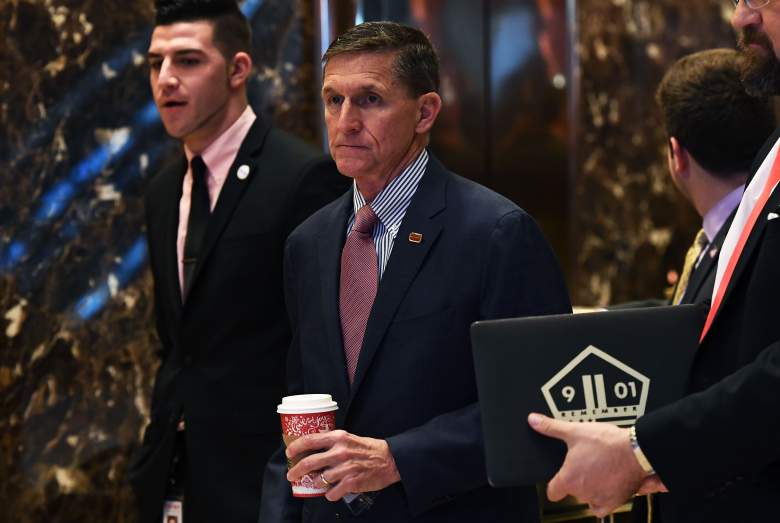 Retired Lieutenant General Michael T. Flynn was an adviser for Donald Trump during the campaign and was National Security Adviser to the President. However, the Rhode Island native built questionable ties to Russia after he retired in 2014, even appearing on the Kremlin’s RT television network and a gala where he sat near Russian President Vladimir Putin. He resigned from his post after it was revealed that he lied to Vice President Mike Pence about the true nature of his phone call with the Russian ambassador before Trump’s inauguration.

On November 16, NBC News reported that Flynn was being considered for the role of National Security Adviser, a role currently held by former Ambassador to the UN Susan Rice. James Jones and Tom Donilon also served in the role under President Barack Obama. It’s one that is close to the Presidency and is based in the White House.

On December 29, the same day President Barack Obama announced more sanctions against Russia, Flynn was in contact with Kislyak to set up a phone conversation between Trump and Putin after Trump’s inauguration on January 20. Incoming White House Press Secretary Sean Spicer confirmed to reporters on January 13 that the contact took place, ABC News reports.

The conversation was “centered around the logistics of setting up a call with the president of Russia and the president-elect after he was sworn in,” Spicer said. “They exchanged logistical information on how to initiate and schedule that call. That was it. Plain and simple.”

However, on February 9, The Washington Post reported that Flynn had discussed the planned sanctions and Flynn’s spokesman even walked away from the denials issued in January. Flyyn “indicated that while he had no recollection of discussing sanctions, he couldn’t be certain that the topic never came up,” his spokesman said.

Now, Flynn is out of a job. He has resigned.

Despite leaving the White House and betraying the confidence of the Vice President, Trump has curiously continued to defend Flynn. In his prepared testimony, fired FBI director James Comey said Trump even asked him to stop the federal investigation into Flynn’s activities the day after he resigned. Trump has disputed this version of events though. Comey said:

“The President then returned to the topic of Mike Flynn, saying, “He is a good guy and has been through a lot.” He repeated that Flynn hadn’t done anything wrong on his calls with the Russians, but had misled the Vice President. He then said, “I hope you can see your way clear to letting this go, to letting Flynn go. He is a good guy. I hope you can let this go.” I replied only that “he is a good guy.” (In fact, I had a positive experience dealing with Mike Flynn when he was a colleague as Director of the Defense Intelligence Agency at the beginning of my term at FBI.) I did not say I would “let this go.”

Here’s a look at Flynn’s ties to Russia.

1. Flynn Has Been a Contributor to RT, the Russian News Outlet Run by the Kremlin

On December 10, 2015, RT (which was previously known as Russia Today) celebrated its 10th anniversary with a gala event. Flynn was there, just 18 months after he stepped down as the Director of the Pentagon’s Defense Intelligence Agency, a role Obama nominated him for. He sat next to RT editor in chief Margarita Simonyan and was just a few seats away from Putin.

Politico reports that Flynn has since made several appearances on the network, typically arguing that the U.S. and Russia need to work more closely together to fight the Islamic State and trying to find an end to the Syrian Civil War. Politico could not confirm if the job is paid or not, as Flynn would not comment on his role.

As you can see in the video above, Flynn’s appearance at the gala was preceded by a 40-minute Q&A session.

“Why would you go on RT, they’re state run?” The Post asked Flynn. “Well, what’s CNN?” he replied.

When Flynn was corrected, since CNN is not run by the U.S. government, he said, “Well, what’s MSNBC? I mean, come on … what’s Al Jazeera? What’s Sky News Arabia? I have been asked by multiple organizations to be a [paid] contributor but I don’t want to be.”

2. Flynn Has Said on RT That Russia & the U.S. Need to Work Together & Called for an End to the ‘Bully Game’

As noted above, Fylnn’s typical RT talking point is that the U.S. and Russia have to work together to end the civil war in Syria.

“When we play this sort of bully game against each other, between the United States and Russia and that’s going to achieve nothing,” Flynn says in the segment above. “I mean, it’s actually going to achieve more conflict.”

The reason why the U.S. and Russia haven’t seen eye-to-eye on Syria is because the U.S. believes that Russia is helping dictator Bashar al-Assad stay in power.

RT, citing a statement from the Kremlin, said that Trump spoke with Putin after Trump became president-elect and their conversation topics included Syria. They also talked about “constructive cooperation” between Moscow and Washington.

Trump’s own statement on the phone call was less specific, only noting that they “discussed a range of issues including the threats and challenges facing the United States and Russia, strategic economic issues and the historical U.S.-Russia relationship that dates back over 200 years.” 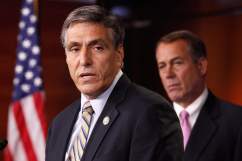 3. Flynn Said He Warned the Obama Administration of the Dangers of Toppling Assad 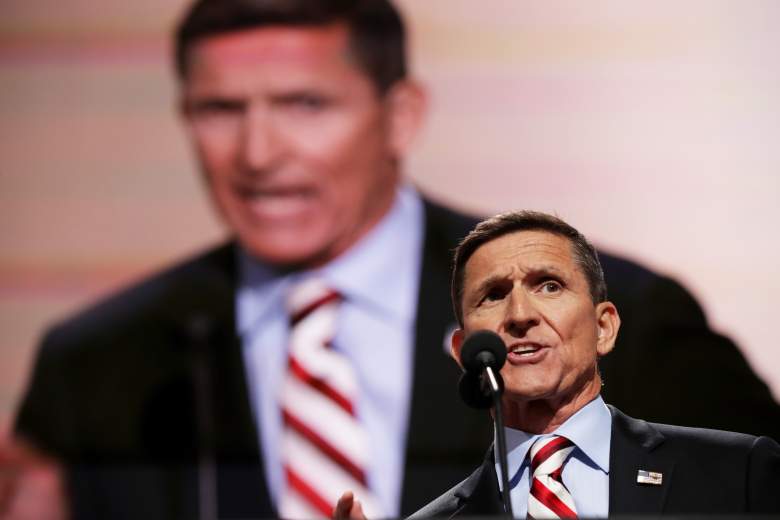 Michael Flynn at the RNC. (Getty)

In the January 2016 London Review of Books issue, Seymour M. Hersh wrote that Flynn told him that he sent a “constant stream” of warnings to the Obama administration about how dangerous it would be to topple the Assad regime. He said that “jihadists” controlled the opposition and Turkey wasn’t stopping the smuggling of foreign fighters into Syria.

“If the American public saw the intelligence we were producing daily, at the most sensitive level, they would go ballistic,” Flynn said. “We understood Isis’s long-term strategy and its campaign plans, and we also discussed the fact that Turkey was looking the other way when it came to the growth of the Islamic State inside Syria.”

Flynn claimed that the DIA intelligence “got enormous pushback” from Obama, adding, “I felt that they did not want to hear the truth.”

Patrick Lang, a retired army colonel, told Seymour that Flynn was “shoved out” by the Obama administration. Flynn himself said that the civilian leadership “did not want to hear the truth.”

After he left the Pentagon, Flynn began offering ideas for how to solve the crisis in Syria, and not just on RT. In a November 2015 interview with Der Spiegel, Flynn said:

We have to work constructively with Russia. Whether we like it or not, Russia made a decision to be there (in Syria) and to act militarily. They are there, and this has dramatically changed the dynamic. So you can’t say Russia is bad, they have to go home. It’s not going to happen. Get real.

4. Flynn Thinks Putin is a ‘Totalitarian Dictator,’ but ‘Smart and Savvy’ 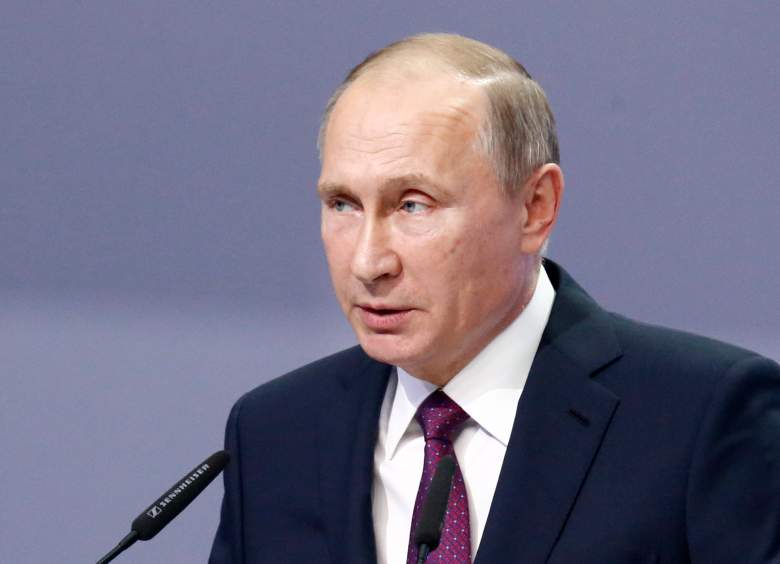 In an interview with Politico in October 2016, Flynn said that he does think Putin is “a totalitarian dictator and a thug who does not have our interests in mind” and called Trump’s praise of Putin “overstated.”

But Putin is smart and savvy, and he has taken actions in Ukraine and elsewhere that have limited our options, and the U.S. and NATO response has been timid. I think Trump’s strength lies in being a master negotiator, and he wants as many options as possible in dealing with Russia.

In his August 2016 Washington Post interview, Flynn said that he didn’t have a long conversation with Putin at that 10th anniversary RT gala. “Just introduction. That’s it,” Flynn said. He didn’t ask to be sat near Putin.

When asked about former Trump campaign strategist Paul Manafort and Carter Page‘s ties to Russia, Flynn deflected the question and brought up the Clinton Foundation.

“I don’t know what their business interests are. I’ve talked with Paul Manafort, met him, but if Carter Page walked in here, I wouldn’t know who he is … you know what?” Flynn said. “Look at the amount of money the Global Clinton Initiative is taking from countries right now.”

5. Flynn Joined Trump for Security Briefings During the Campaign & Had a Security Clearance Before the Inauguration 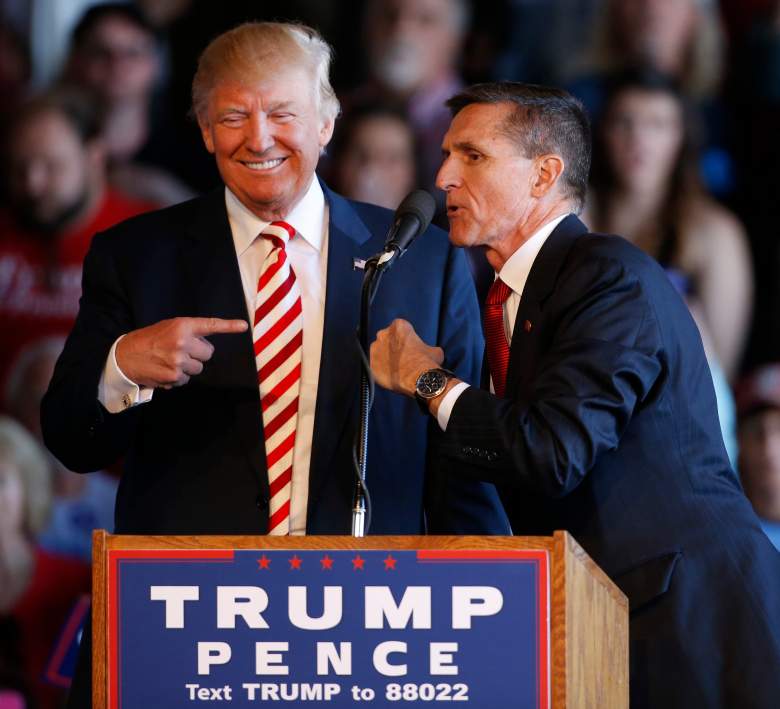 Flynn and Trump at a campaign rally. (Getty)

Flynn has been advising Trump since February 2016, Reuters reported at the time. In August, after Trump officially became the Republican party’s presidential nominee, Flynn was with Trump at his first classified briefing. On November 16, NBC News confirmed that Flynn already has security clearance to sit in on future briefings, now that Trump is president-elect.

Before the Republican National Convention, The Washington Post even reported that Flynn was being considered for Vice President. (A few days later, an op-ed in the Observer, the paper owned by Jared Kushner, suggested it was a bad idea.)

Trump went with Mike Pence instead, but Flynn has remained by Trump’s side. Flynn was seen at Trump Tower after the election.

“I just see us going in the wrong direction, and that’s really why I sort of jumped into the middle of the fray,” Flynn told the Intercept in July. “I don’t mind doing that. That’s kind of me.”