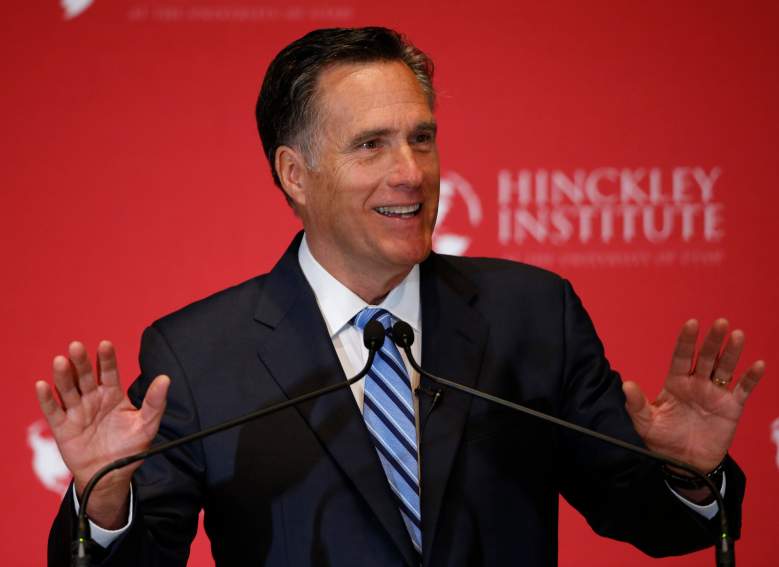 Donald Trump will meet with Mitt Romney, one of his most prominent Republican critics, in New York City this weekend.

CNN reported on Thursday that Romney and Trump are to meet on Saturday to discuss “governing moving forward,” and a source told CNN that there is a possibility that there will be discussion of a cabinet position for Romney.

This is a shocking development considering how vocal Mitt Romney was about his dislike of Trump throughout the Republican presidential primaries. In fact, Romney gave an entire speech back in March with the sole purpose of trying to stop Trump, calling the New York businessman a “phony” and a “fraud.” Romney even specifically called Donald Trump’s views on foreign policy “reckless.”

Romney said “And then what he said about on 60 Minutes. Did you hear this? It was about Syria and ISIS, and it has to go down as the most ridiculous and dangerous idea of the entire campaign season. Let ISIS take out Assad, he said, and then we can pick up the remnants. Now, think about that. Let the most dangerous terror organization the world has ever known take over an entire country? This recklessness is recklessness in the extreme. Now, Donald Trump tells us that he is very, very smart. I’m afraid that when it comes to foreign policy he is very, very not smart.”

Romney and Trump are also diametrically opposed when it comes to the United States’ relationship with Russia. Trump has repeatedly said that he wants to work with Russia and has praised its leader, Vladimir Putin. On the other hand, when Romney ran for president four years ago, he pointed to Russia as the single biggest threat to the United States.

“This is without question our No. 1 geopolitical foe,” Romney said of Russia. “They fight for every cause for the world’s worst actors. The idea that [President Obama] has more flexibility in mind for Russia is very, very troubling indeed.”

Read More
Breaking News, Donald Trump, Mitt Romney, Politics
Follow Heavy ↓
Donald Trump will meet with Mitt Romney this weekend, and they will reportedly discuss the possibility of Romney being secretary of state.