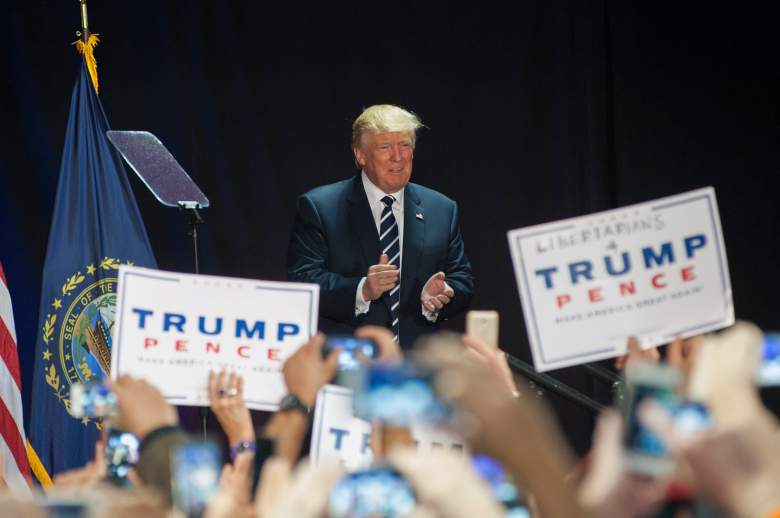 Donald Trump at a rally in Manchester, New Hampshire on October 28. (Getty)

Although New Hampshire hasn’t gone to a Republican presidential nominee since 2000, the state is looking more like a battleground again. Throughout the general election, Hillary Clinton has held a sizeable lead over Donald Trump, but that lead has eroded in several polls. One poll released earlier this week even shows her behind Trump.

While the Granite State only has four electoral votes, it’s clear that both candidates think winning those votes is key to winning the White House. Trump was in Manchester earlier this week, while Chelsea Clinton will be in Hanover representing her mother on November 4. Bernie Sanders is also attending Clinton rallies this week.

The latest poll from WMUR9 and the University of New Hampshire, released on October 31, shows Clinton with a 46-39 lead over Trump among 641 likely voters polled between October 26 and 30. That means that some voters were polled after the surprising letter from FBI Director James Comey that emails linked to Hillary Clinton’s use of a private server while Secretary of State are under investigation. The results include undecided but leaning voters and the margin for error was 3.9 percent.

The new poll also shows that, while Clinton is doing better among voters in her own party than Trump is in his, Trump has an advantage among independents in the Granite State, 34 to 28 percent. There is also a major gender gap in the state, with Trump up 45-36 percent among men and Clinton up 56-33 among women.

When asked who they think will win the presidency, 60 percent think Clinton will win, while 25 percent think Trump will. Only half of Trump voters think he will win.

Although the new poll shows Clinton with a seven-point lead, that’s significantly less than the previous WMUR/UNH poll. That one, taken between October 11 and October 17, showed Clinton with a 15-point advantage.

A new poll from WBUR shows Trump ahead by a single point, 40-39 percent. However, the margin of error on the poll is 4.4 percent.

On October 30, a New Hampshire Journal/Inside Sources poll of 408 likely voters, taken between October 26 and 28, showed Trump with a 47.1 to 45.5 percent lead. When Gary Johnson and Jill Stein are included, Trump still has a 44.6-42.9 percent lead. The poll has a 4.2 percent margin for error. Inside Sources notes that their poll was conducted over landline telephone, a method that has shown to favor Trump in the past, compared to other polling methods.

An Emerson poll, taken before the FBI letter, showed the race tightening as well. In this poll of 600 likely voters, Clinton was up just three points, 46-43.

On October 26, The Wall Street Journal/NBC News/Marist poll found that Clinton’s lead in New Hampshire was growing compared to their previous poll. The October 26 poll showed Clinton with a 45-36 percent lead in the state. That poll was taken between October 20 and 24.

According to the Real Clear Politics average of recent polls (excluding the Inside Sources poll), Clinton has a 4.7 percent lead. 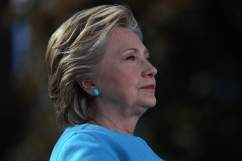