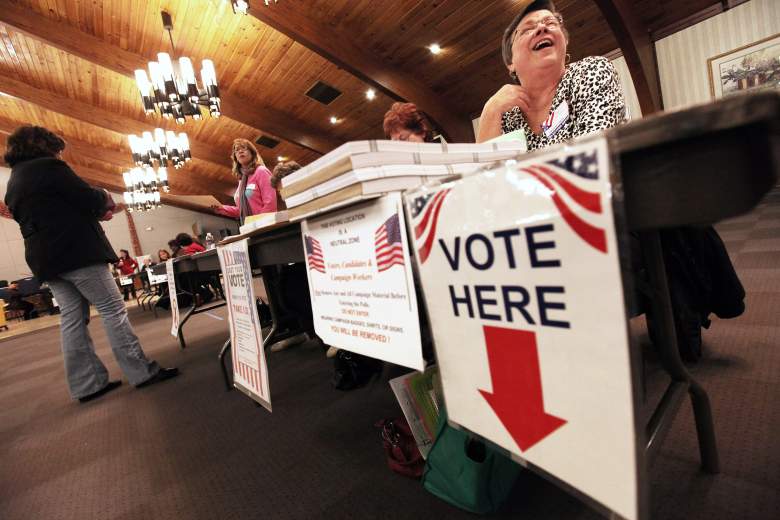 Early voting results in Ohio are beginning to look slightly better for Hillary Clinton than they did this time last week, but she has failed to build up anything close to the lead Barack Obama had in 2012.

Ohio does not release information about how many Democrats or Republicans have voted early, but we can get a rough idea of that based on the turnout in Democratic or Republican leaning counties. We reported last week that things were looking good for Donald Trump because among the counties that voted for Mitt Romney in 2012, there was a nine percent increase in early ballot requests compared to 2012. On the other hand, there was only a 0.8 percent increase among counties that voted for Barack Obama in 2012.

Part of the reason that’s such a big problem is that Democrats often build up a significant lead during early voting in key battleground states, which helps bring them to victory. In 2012, for example, Mitt Romney actually won more ballots on Election Day than Barack Obama did. But Obama’s early voting lead was so significant that he still won Ohio by a margin of three percentage points. If Hillary Clinton can’t build up a substantial early voting advantage, and if Donald Trump gets a huge turnout on Election Day, he may be able to win the state.

As of November 4th, the Ohio Republican Party reports that they are currently behind Democrats by about 70,000 votes statewide. That sounds like a lot, but at this point four years ago, they were down by roughly 140,000 votes.

With just a few days left in Ohio’s early voting period, the Democrats are beginning to catch up just a bit, though turnout in blue counties is still falling short of 2012. Since last week, turnout has gradually increased in Cuyahoga County, an extremely liberal part of the state where 70 percent of voters went for Barack Obama in 2012. But according to The Columbus Dispatch, turnout in Cuyahoga is still down 25 percent compared to four years ago. In Cleveland specifically, Democrats have about half as small a lead as they did in 2012. On the other hand, Republican turnout in Cuyahoga is up 13 percent.

OH: Cuyahoga and Franklin continue to surge back to '12 levels. Chart shows share of EV/AV relative to '12 final share from 10/20 to 11/2. pic.twitter.com/IL6rKgdBnh

In response to this chart showing turnout increasing in Cuyahoga and Franklin, Michael McDonald, a professor from the University of Florida who specializes in elections, said that Clinton is “[f]inally making move despite terrible start,” adding that this is why her campaign has not given up on Ohio. On November 6th, just two days before the election, Clinton will hold a rally in Cleveland.

While turnout seems to be down for Democrats more than it is for Republicans this year, in general Ohioans are not coming out to vote nearly as much as they did four years ago. Ohio Secretary of State Jon Husted said last week that absentee ballot requests in the state were down about 200,000 compared to 2012.

“Voters seem less interested this year than they did four years ago,” he said.

Losing Ohio would not exactly be disastrous for the Hillary Clinton campaign. Indeed, she really does not need the state to win. But Donald Trump desperately needs Ohio, so at this point Hillary Clinton campaigning there is as much about denying Trump a victory as it is about securing Clinton a victory. No Republican in history has ever been elected president without winning Ohio. And if Trump were to win every swing state – Florida, North Carolina, Nevada, Arizona, and New Hampshire – but lose Ohio, that knocks him down to 245 Electoral College points, a crushing blow that would be all but impossible to come back from. Turning Ohio red is essentially the bare minimum Trump must do in order to have a chance at becoming president.

Loading more stories
wpDiscuz
2
0
Would love your thoughts, please comment.x
()
x
| Reply
Hillary Clinton is beginning to catch up on Donald Trump in Ohio early voting, but the Republican candidate still has a good chance of victory.