As he begins his transition to the White House, United States President-Elect Donald Trump faces an obstacle no incoming president has ever faced before — a minefield of lawsuits, including one scheduled to go to court on November 28 — an in which the president-elect may be forced to testify.

That would be one the three lawsuits Trump faces over fraud allegations stemming from his ownership of Trump University, which claimed to teach students Trump’s own “secrets” of real-estate investing, in exchange for a tuition fee of up to $35,000.

But Trump also faces more than 70 other lawsuits and has been sued by or has sued others in more than 4,000 cases through his career — including a lawsuit by a woman alleging that Trump violently bound and raped her when she was 13 years old, in 1994. The rape lawsuit was dropped just days before the presidential election, however.

Trump has so far avoided facing criminal charges. But many of the legal actions Trump faces or has faced appear to involve alleged criminal activity, in addition to the now-defunct rape lawsuit, ranging from violating immigration laws to failing to pay workers to breaking tax laws.

But if any of those cases, or any new and as yet undiscovered case results in criminal charges against Trump, he now appears to be in the best legal position he’s ever been in, thanks to his narrow victory over Hillary Clinton in Tuesday’s presidential election.

Here’s why Trump, if has violated federal laws in his past, can now say with certainty that he got away it them — if he so chooses.

The power of the president to pardon criminal offenders in federal cases is spelled out in the United States Constitution, Article Two, Section Two, which states, “The President…shall have Power to grant Reprieves and Pardons for Offences against the United States, except in Cases of Impeachment.”

What that means is, the president can pardon anyone, for any reason, without consulting congress or the judiciary. The power to grant pardons, according to the constitution, belongs to the president alone. There are no restrictions on his authority to pardon criminal offenders — except that they must be accused or convicted — or suspected — of federal crimes, not state offenses.

If a president issues a pardon to an alleged offender after that person has been convicted, then whatever penalties or sentences were handed down are immediately lifted and the recipient of the pardon becomes what one Supreme Court justice called “a new man,” free of that criminal conviction on his record.

But — as President Gerald Ford did for scandal-ridden former President Richard Nixon in 1974 — a president can also issue a pardon before conviction, or even if as, in Nixon’s case, no criminal charges have yet been brought at all. 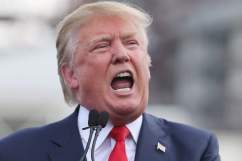 Can Donald Trump Start a Nuclear War? 5 Fast Facts You Need To Know

President Trump Could Pardon Himself — Probably

President Bill Clinton could have pardoned himself in the Monica Lewinsky scandal, but chose not to. (Getty)

With the nearly unlimited power of the presidential pardon in his hands, could President Trump issue a pardon to — Donald Trump? The answer is — yes, probably.

The problem is, there is no precedent as to whether a president’s pardon of himself would pass the constitutional test simply because no president has ever tried it. During the Watergate scandal of 1973 and 1974, there was discussion in Washington legal circles that Nixon could simply pardon himself — though under the Constitution even a pardon would not get a president out of impeachment proceedings against him.

But with some dissenting points of view, the legal consensus holds that the power of presidential pardon is so broad that nothing stops a president from pardoning himself.

During the Monica Lewinsky scandal in 1998, some of President Bill Clinton’s top advisers pressed him to issue a pardon to himself over any possible perjury charge that might be brought against him, but he chose not to.

In a book about the legal proceedings against Clinton, Judge Richard Posner said that nothing legally should have stopped Clinton from pardoning himself.

“It has generally been inferred front the breadth of the constitutional language that the President can indeed pardon himself, and although this conclusion has been challenged, it is unlikely that the present Supreme Court would be bold enough, in the teeth of the constitutional language, to read into the pardon clause an exception for self-pardoning. Unlikely, but not inconceivable,” Posner wrote.

Some legal scholars, however, argue that self-pardoning while not prohibited in the Constitution would violate a long-standing legal tradition dating back to English common law that “no person could be judge and party in his own case.”

Also, it should be noted that even if Trump chose not to pardon himself and he were convicted of a federal crime, nothing in the Constitution or federal law prevents a convicted felon from holding any federal office, including the presidency. In that case, congress would have to impeach and convict Trump to get him out of office. 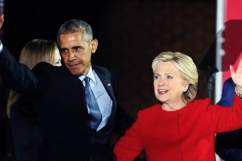 Can President Obama Pardon Hillary Clinton? Will He?

Loading more stories
wpDiscuz
3
0
Would love your thoughts, please comment.x
()
x
| Reply
If Donald Trump faced criminal charges, would he, as president, have the power to grant himself a pardon? Here's what the Constitution says.