A white woman was recorded going on a “racist” rant directed at black employees of a Michaels craft store in Chicago after they asked her to pay $1 for a reusable bag on Thanksgiving Eve.

The video posted by Jessie Grady, another shopper who witnessed the incident, has been viewed millions of times on Youtube.

About 10 minutes of the incident were recorded by Grady. You can watch the video below:

Grady said on Facebook that the rant went on for nearly 45 minutes. She said the incident was not provoked by the Michaels employees.

During the rant, the customer called the cashier an “animal” and said she was being discriminated against because she voted for President-Elect Donald Trump.

“Yes, I voted for Trump, so there. You want to kick me out because of that? And look who won,” the woman said.

The woman also attacked Grady for not sticking up for her.

“I was just discriminated against by two black women and you being a white woman and you literally thinking that’s OK,” the woman said.

Heavy was not able to confirm the identity of the woman in the video. Some social media users uncovered a name of a woman believed to be in the video and began contacting her employer, Sinai Health System, a which operates a Chicago hospital and medical center.

The woman named on social media said she worked at the hospital system in human resources, according to her Linkedin profile. Sinai posted a statement about the incident on its Facebook page:

Last Wednesday, a customer started yelling at employees and making racial comments in a retail store in the Chicagoland area, and a video of that altercation went viral. We have learned that this customer was a former employee of Sinai, whose employment with us ceased in September. Sinai Health System embraces diversity, inclusion and respect for all people. We condemn and reject any behavior or statements that insult or demean anyone based on race, gender, religion, sexual orientation, or nationality.

An anonymous commenter on the Chicagoist website claimed she worked with the woman at Sinai, saying she was “batsh*t racist, crazy” when they worked together:

She is just as nuts in person as this video depicts. From a legal perspective, I am not sure what I am or am not allowed to say; but I will leave it at this. EVERYONE was happy when they found out she was no longer welcome back. When I worked at Sinai, I was her conduit for all of her mental anguish. On my last day, I warned everyone that was at my going away outing to be careful around her and that she was mentally unstable. After I left, she unleashed on everyone within the department. Even though
‘I told you so’ feels good for a moment, this is unprecedented.

Grady, who filmed the video, started a GoFundMe account, called “Stand Strong Against Racism,” to raise money for the Michaels employees. More than $8,000 was raised by Monday.

This is the shortened version of an almost 45 minute ordeal I saw a racist Trump supporter put an entire store, in one of most liberal neighborhoods of Chicago (if not the country), through on Wednesday night. This entitled young white woman was angry that an African American employee asked her if she wanted to buy a bag for her larger items. I started recording because I’d seen her in the store and she’d told me to go ahead of her in line and when I was about to leave she started lying & yelling at the employees and going on a horrible racist rant. I’ve worked in retail and I know that 9/10 times, when a customer complains, employees suffer and the irate customer gets a discount so I started filming because I wasn’t going to let that happen. She was threatening these women’s jobs, shouting that she was a Trump supporter, that African American women were discriminating against her, she called them animals, said it was reverse racism, etc. She literally said to the (black) manager of this store, “You’re not my mother and I’ll do whatever I want to you!” (The manager – this amazing woman, was calm as the sea!).

The employees at this store did nothing to this customer. They never yelled at her. They were helpful and calm the entire time. They only asked her to leave after she’d been shouting and cursing at them several minutes. The last part of the video is shaky because my hands were shaking – not because of what she was saying to me or that she was screaming and filming my two-year old, but because I stopped in the middle of this to hug the manager who showed me a picture of her baby and she said, “this happens all the time.” She wasn’t worried about herself, but she didn’t want the children in the store to hear this or for her employees to be mistreated. No one deserves to be treated this way. The only good thing I can say is that multiple customers tried to intervene and about ten of us waited the entire 45 minutes it took for the cops to arrive. (By then she’d just walked off, there had been multiple calls to CPD about her and they only came after I called again and told them she needed medical attention because she was shouting and crying outside the store). I did talk to the corporate office of the store today and they were very receptive. I do hope that this woman received some type of medical attention, but I don’t think this was a breakdown, I think it was someone who felt so entitled that her views had been validated that she genuinely expected other white people to be on her side about this.

In a statement to DNAInfo Chicago, Michaels said, “We regret that our customers and team members were affected by this unfortunate incident and are grateful for the leadership of our store team in working to resolve it without further escalation.”

The company said it does not tolerate racism or discrimination against employees or customers, the news site reports.

Chicago Police were called to the store, according to DNAInfo, but did not have any information about the incident when contacted by the news site.

After the video went viral, a second video, filmed in July at a Peet’s Coffee shop was posted to Youtube. The 1:48-long video shows her in a confrontation with employees there. A source confirmed to Heavy that it is the same woman. You can watch the video below:

The Michaels video was recorded in the same week that a man went on a disruptive and vulgar rant about Trump on a Delta flight from Atlanta to Pennsylvania. The airline has said in statements that the man should have been removed from the plane, and he has been banned from flying with them in the future. The other passengers on the plane are being given refunds.

You can watch that video at the link below:

WATCH: Trump Supporter Goes on Rant on Flight Leading to Apology From Delta 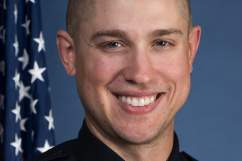