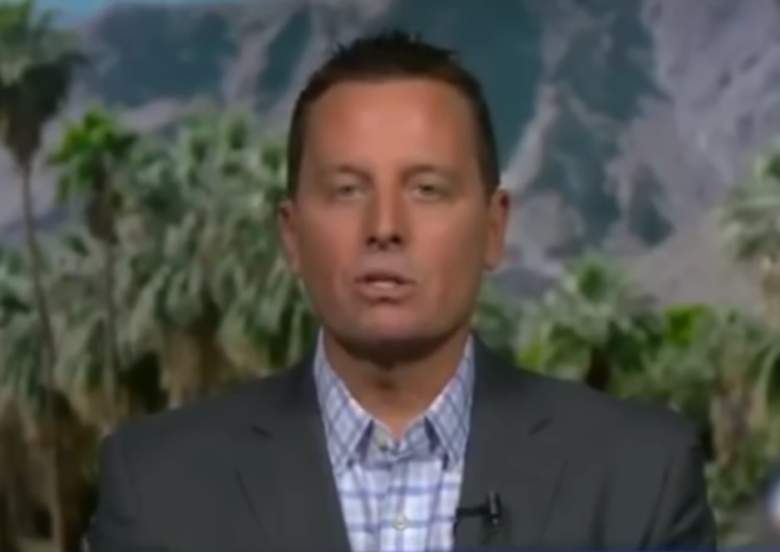 Richard Grenell during an appearance on Fox News. (YouTube Screenshot)

Richard Grenell was almost the first openly gay American to serve as the U.S. Ambassador to the UN. However, he is still likely to get a job in the Donald Trump Administration as the Ambassador to NATO.

A White House official told Bloomberg that Grenell will be nominated, although Grenell didn’t confirm this. He will be the highest-ranking openly gay member of the Trump administration. The position does require Senate approval.

Grenell was on Trump‘s short list for the UN ambassadorship and is an experienced foreign affairs expert who worked on Mitt Romney‘s 2012 campaign. He is also a frequent contributor on Fox News.

Grenell has worked in the UN before. In 2001, President George W. Bush named him the Director of Communications and Public Diplomacy for the UN Ambassador. He also worked for other Republican politicians before his time at the UN.

The 50-year-old Grenell lives with his partner, Matt Lashley, who is a consumer insights expert and entertainment executive.

Here’s a look at Grenell’s life and career.

Part of Grenell’s media persona is his massive Twitter following. In 2012, a Klout score of 71 from the social network ranking site put him among the top five Republican consultants to follow on Twitter. He was just behind political strategist Patrick Ruffini and Karl Rove. In 2014, Time Magazine put him on their list of Top 10 Political Twitter Feeds to follow.

Grenell is the founding partner of Capitol Media Matters, a strategic communications firm with offices in Washington, DC, New York, San Francisco and Los Angeles. In addition to being a communications adviser for politicians, he’s also worked with Fortune 500 companies. His clients are international, as he’s done business in Somalia, China, Australia and throughout Europe.

In addition to his busy Twitter feed, he also frequently appears on Fox News as a contributor. He’s also appeared on CNN and written pieces for The Wall Street Journal, The Washington Post, Newsmax, Politico and Al Jazeera. He continued to The Huffington Post until 2014.

2. Grenell Was the Longest-Serving U.S. Spokesman at the UN

Before Grenell began his career at the United Nations, he worked as a spokesman for New York Governor George Pataki, San Diego Mayor Susan Golding, Congressman Mark Sandford and Congressman Dave Camp. In 2001, Bush picked him to be the Director of Communications and Public Diplomacy for the United States Ambassador to the United Nations.

Even though there were four different U.S. ambassadors to the UN during Bush’s two terms as president, Grenell served them all, becoming the longest-serving U.S. spokesman at the UN. In 2004, Ambassador John Danforth named him Alternative Representative to the UN Security Council, giving him the right to vote on matters.

Grenell handled numerous difficult tasks while at the UN, and was tasked with leading the communications strategies on the wars in Iraq and Afghanistan; the Oil-For-Food scandal; North Korea’s nuclear weapons; the conflict between Lebanon and Syria; and other issues.

3. Grenell Was Mitt Romney’s National Security & Foreign Affairs Spokesman, But Resigned Just After Getting the Job

When Mitt Romeny hired Grenell to be his spokesman on national security and foreign affairs during the 2012 campaign, Grenell made history as the first openly gay man to have that high a position in a Republican campaign. However, shortly after he took the job, The Washington Post reported that he resigned after pressure from anti-gay conservatives.

Grenell said in a statement at the time:

I have decided to resign from the Romney campaign as the Foreign Policy and National Security Spokesman. While I welcomed the challenge to confront President Obama’s foreign policy failures and weak leadership on the world stage, my ability to speak clearly and forcefully on the issues has been greatly diminished by the hyper-partisan discussion of personal issues that sometimes comes from a presidential campaign. I want to thank Governor Romney for his belief in me and my abilities and his clear message to me that being openly gay was a non-issue for him and his team.

When he quit, the Romney team said that they “wanted him to stay because he had superior qualifications for the position he was hired to fill.”

As the Huffington Post noted, some social conservatives were concerned about Grenell’s open support of same-sex marriage. The National Review was worried that Grenell would work for President Barack Obama if Obama had endorsed same-sex marriage.

Grenell has been critical of Obama’s foreign policy, especially the nuclear deal with Iran. He was also critical of Susan Rice, who served as UN Ambassador from 2009 to 2013. In a 2012 Fox News op-ed about Rice, Grenell wrote:

Rice’s diplomatic failures and silence in the face of outrageous UN antics have given the United States pathetic representation among the 193 members of the world body. UN members, not surprisingly, prefer a weak opponent. Rice is therefore popular with her colleagues. It may explain why she ignored Syria’s growing problems for months.

In a 2010 Huffington Post piece, he criticized Rice for not attending an emergency Security Council meeting after Israel raided a ship headed to Gaza.

“Coming on the heels of Rice’s silence and absence from the meeting where Iran was elected to the UN Women’s committee and Rice’s refusal to call out Libya after it was elected to the UN’s Human Rights Council, Rice’s performance is leaving Americans wondering if she really wants to be the American Ambassador to the UN,” Grenell wrote.

In a July 2015 Washington Times op-ed, Grenell called the Iran deal a “colossal waste of time.”

“President Obama’s refusal to learn from Iran’s history may be the reason Iran declares it has obtained a nuke. Maybe Hillary Clinton was right in 2008 when she called Barack Obama ‘naïve’ on foreign policy,” Grenell wrote.

5. Grenell Wrote That Donald Trump Has Embraced Has ‘Embraced the LGBT Community Like no Other GOP Nominee’

Just before the election, Grenell wrote a piece in the Washington Times, explaining why he believes that Trump will support the LGBT community, especially after Trump held up an LGBT flag at a rally in Colorado. Grenell criticized the political media for barely covering it.

No other Republican Presidential nominee in history has embraced the LGBT community in such a loud and proud way. And yet, the moment was barely reported by the media despite the fact it happened in front of the traveling press corps accompanying Mr. Trump. Political reporters, not unsurprising, largely failed to write on the moment where a Republican challenged their negative media stereotype.

“Mr. Trump is campaigning to be President for ALL Americans and was proud to carry the ‘LGBT for Trump‘ rainbow flag on stage in Greeley, CO yesterday,” Trump spokesman Jason Miller told He will protect all Americans from the radical Islamic extremists who perpetuate hate and violence around the world, unlike Hillary Clinton who dangerously plans for open borders and has accepted millions of dollars from repressive regimes with a history of violence, discrimination and oppression against women, gays and minorities.”

Grenell’s most recent activity on Twitter is retweeting Charlie Kirk of Turning Point USA, who insists that Trump is the “most pro LGBT incoming president ever.”

Trump will be the first president to enter office unopposed to gay marriage and rights. Most pro LGBT Incoming President ever. #TrumpRiot

Trump makes history on the issue and: silence. 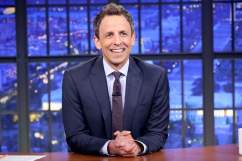