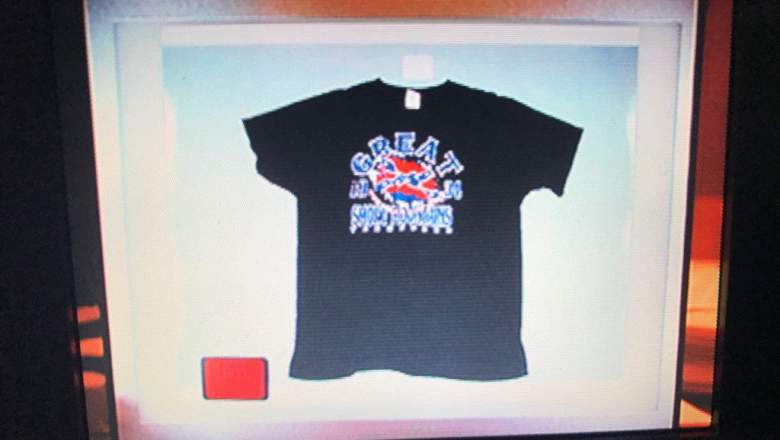 Ray Tensings T-shirt, worn under his uniform during the shooting of Sam DuBose. (Twitter)

Ray Tensing, the cop who shot and killed Sam DuBose at a traffic stop outside the University of Cincinnati, testified in his ongoing murder/manslaughter trial on November 8. Meanwhile, the shirt he was wearing under his uniform was entered into evidence:

The shirt bears the familiar Confederate Battle Flag surrounded by the text “Great Smoky Mountains 1934.” The text is apparently a reference to Great Smoky Mountains National Park in Tennessee, which was founded in that year. Neither the prosecution nor the defense commented on the shirt, but Ohio State Senator Cecil Thomas, who was in the courtroom when the shirt was presented, said it “speaks to Tensing’s mindset.” Tensing’s family and friends were reportedly surprised by the shirt.

Tensing, a former officer of the University of Cincinnati Police Department, originally pulled DuBose over for not displaying a front license plate; DuBose was under the impression that he did not need one. About two minutes after the initial stop, Tensing attempted to remove DuBose from the vehicle, then shot DuBose as he drove away, as revealed by Tensing’s body camera footage, available below:

Protests over the incident led to a brief shutdown of the University of Cincinnati, which responded by firing Tensing and promising a reform of its police department. University president Santa Ono declined to give details about that reform in a statement on the matter. Tensing faces a life sentence on the charges. 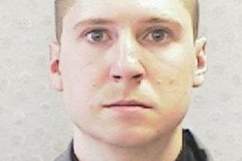 Loading more stories
wpDiscuz
0
0
Would love your thoughts, please comment.x
()
x
| Reply
The shirt was presented as evidence in his trial.