A missing woman was found “chained like a dog” on the property of a registered sex offender. The massive police presence was first reported by WSPA on November 3 on land owned by of Todd Kohlhepp, 45, in Woodruff, South Carolina. There, police found missing woman Kala Brown alive but “chained like a dog” in a metal container. Her boyfriend Charles Carver remains missing.

WSPA’s Amy Wood reported on November 4, that the county coroner confirmed a body had been found on Kohlhepp’s property. Shortly after that find, the Greenville News reported that Carver’s family was en route to Kohlhepp’s land. While Carver’s brother, Nathan Shiflet said, “I felt led to be there for my brother.”

At a hearing in Spartanburg County on November 4, Kohlhepp was denied bond. During that court appearance, Solicitor Barry Barnette said that Kala Brown was forced to watch Todd Kohlhepp shoot Charles Carver dead, reports Greenville Online. Barnette also said that investigators found multiple weapons at the property including assault rifles and handguns. He added, “I don’t know how many rounds of ammo…[Kohlhepp is a] very, very dangerous individual.”

WSPA reports that Kohlhepp was arrested on his property at around 10:45 a.m. on November 3. Sheriff Wright said that Kohlhepp is facing a kidnapping charge so far.

2. Kohlhepp Was Arrested in 1986 for Sexual Assault; His Father Said at the Time ‘The Only Emotion Todd Has Is Anger’

According to South Carolina’s sex offender registry, Kohlhepp was arrested in 1987 on a charge of kidnapping. That listing gives his address as 213 Windsong Way in Moore, South Carolina. This is believed to be Kohlhepp’s primary residence.

According to documents seen by WFXG, the judge in Kohlhepp’s 1986 case wrote at the time:

At less than the age of 9, this juvenile was impulsive, explosive, and preoccupied with sexual content. He has not changed. He has been unabatedly aggressive to others and destructive of property since nursery school. He destroys his own clothing, personal possessions and pets apparently on whim.

He is extremely self-centered with high levels of anti-social personality functioning, and likely continuing aggressive behaviors toward others in the future.

Twenty-five months of the most intensive and expensive professional intervention, short of God’s, will provide no protection for the public and no rehabilitation of this juvenile by any services or facilities presently available to the Juvenile Court.

The station adds that Kohlhepp’s mother said her son would make suicidal threats to her. While his father said, “The only emotion Todd seems capable of showing is anger.”

As a result, he is a registered sex offender. On his Facebook page, Kohlhepp says hails from Tempe, Arizona and now lives in Greenville, South Carolina.

On his LinkedIn page, Kohlhepp brags that he “graduated top of [his] class,” from Central Arizona College where he studied computer science in 2001. From there, Kohlhepp studied business administration and marketing at the University of South Carolina Upstate, graduating in 2007. A separate online profile says that while in school, Kohlhepp was a member of the Phi Kappa Phi Honor Society as well as the Sigma Alpha Lambda Leadership and Honor Society.

3. A Dead Body Has Been Found on Kohlhepp’s Property

Spartanburg County Sheriff Chuck Wright told the media that Kala Brown was found inside of a metal container with a chain around her neck. According to WSPA, Sheriff Wright believes this could be a serial killer case and there could be as many as four bodies on the property. Wright also said that Brown was being fed while she was held captive. WLOS reports that the only body that authorities are looking for right now on Kohlhepp’s land is the body of Charles Carver. On November 3, Carver’s car was found on the property and towed away by authorities. Contrary to early reports, the car was not burned out.

We, Charlie David Carver’s family, would like to begin by saying how wonderful it is Kala has been found and that she is receiving care and is back with family and friends.

The outpouring of concern and affection from the community has been overwhelming and we are very thankful. At this time we know that no more than what has been reported within the media or statements made by law enforcement.

We ask that you continue to pray for Kala’s healing and for David’s safe return as well. In the meantime, we ask for some time to ourselves as we process events as they unfold. Thank you for your understanding and expect updates as they become available.

WYFF reported that Brown, 30, and Carver, 32, were last seen on August 31 in Anderson, South Carolina. At the time of that report, Carver’s mother told the station that the couple knew someone who had “given them problems before.”

WSPA reports that Kala Brown’s phone was pinged to Kohlhepp’s land two weeks before she was found. The station says that officers had to get a search warrant before they could enter the property.

A neighbor of Kohlhepp’s told Greenville Online, “It’s very unsettling. I’m here by myself a lot, so it’s unsettling to know that this could be happening so close by.”

On September 15, after news of the couple’s disappearance spread, Kohlhepp posted this on his Facebook page: 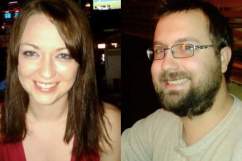 A friend of Brown’s, Leah Miller, told Greenville Online, that Brown worked for Kohlhepp. He is the owner of TKA Real Estate located at 104 Franklin Avenue in Spartanburg, South Carolina.

Leah Miller told Greenville Online that Brown had begun working for Kohlhepp a few weeks before she disappeared. Brown would help the suspect clean houses and prepare them before viewings. Miller said, “I was supposed to be helping Kala, but I recently had neck surgery. I’m just in shock, wondering if she tried to reach me to help her before she disappeared. I’m happy that she is alive, but my heart is breaking because we don’t know what’s going on with Charlie.”

One Google review for Kohlhepp’s company, from Brian Marston, reads:

Todd Kohlhepp was absolutely useless in trying to sell my home. He took advantage of the fact that I lived out of state and hired a contractor on my behalf, who stole over $10,000 from me and never completed the work.

Todd knew Hunter Henry (the contractor) didn’t do the work and yet Todd gave him my $10,000. After all that and Todd sent me threatening emails and physical threats. He is a menace and a thief!

The other two Google reviews are complimentary of Kohlhepp, one writing, “Todd Kohlhepp with TKA real estate went above and beyond for my husband and I numerous times throughout the entire selling and buying process.”

Multiple calls made to Kohlhepp’s business went unanswered. On his LinkedIn page, he makes reference to how easy it is to contact him saying, “Email, phone, smoke signals, two cans with a string. note in a bottle…..When you need us, we will find a way.”

Kohlhepp has a YouTube channel, SoldByTodd, that he updates with listings. A blurb on his company website reads:

We started this company with the full intention of modernizing all the traditional rules of Real Estate.

That’s the PC way of saying that we took all the dated methods everyone else was using, the old just because “that’s how we always did it…”, and tossed it in the trashcan, then we lit it on fire. It was a lot of fun to watch it burn, but the fire department was not amused at all.

Then we started from scratch to build a program that reflects how buyers are searching for homes in today’s market.

It adds that the company motto is, “One company, one focus…RESULTS!” One of his colleagues, Manfred Lewis, told Greenville Online, “This is a nightmare. I’m shocked. We don’t know what’s going on but I’ve never had problems with him. He was always professional to me. Friendly.”

5. Kohlhepp Is ‘Investing Money Into a Wildlife Refuge for the Next Generation’

An online biography says that Kohlhepp is a licensed pilot. That same profile writes that Kohlhepp was the “2007 recipient of Presidential Award for over 5 million in sales.” Prior to working in real estate, Kohlhepp worked as a graphic designer for “Seven Sons & Company” where he oversaw “licensed products for Nascar, NFL, NBA & MLB. Worked primarily on trade show presentations and print media for licensed products.”

He goes further into his interests on LinkedIn writing that he enjoys riding “sport bikes” and is “currently investing money and time into a wildlife refuge for the next generation.” On his bio at his official website, Kohlhepp says that he “drinks two pots of coffee a day.” 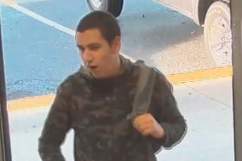 Read More
5 Fast Facts, Breaking News, Crime
Follow Heavy ↓
After a missing woman was found “chained like a dog” on the property of a registered sex offender, police in South Carolina believe they have found a serial killer.