This may be Donald Trump’s 9th interview on #60Minutes, but it’s his first extensive interview as president-elect: https://t.co/z9JR1LBnKR pic.twitter.com/vS6xe96Q26

Donald Trump sat down with 60 Minutes on November 13 for his first sit-down interview since stunning the world and political establishment by becoming the president-elect.

Interviewer Lesley Stahl peppered Trump with questions about policy and personality. Was he overwhelmed by the task ahead of him? (No, not really). Is he going to destroy ISIS? (Yes.) Is he going to tone it down now that he’s won? (Depends.) Did he really mean it about putting Hillary Clinton in jail (Probably not.) At least, he implied the latter. Stahl also interviewed Trump’s children and the soon-to-be First Lady.

Here is the full transcript of the Trump interview.

And here’s the cliff note’s version, 12 takeaways, both serious and offbeat:

This was, perhaps, the most memorable moment of the interview. Queried about incidents of hate crimes occurring against ethnic minorities throughout the country since his election, Trump looked directly into the camera and demanded, “Stop it.”

You can watch the moment above. Trump called such incidents “terrible” but said he hadn’t heard about many of them. To the protesters, he said, “Don’t be afraid. We are going to bring our country back.”

Here’s a list of some of the hate crimes since the election (as well as some attacks that have occurred against Trump supporters): 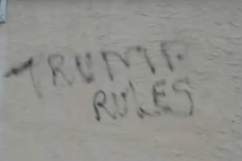 2. He’s Going to Build the Wall, but Part of It Might Be a Fence

President-elect Donald Trump says the wall on the Mexican border may have fence segments, tonight on #60Minutes: https://t.co/n4ZKu8f3mk pic.twitter.com/bCmtXgcyFh

Wall, fence… what’s the difference when you really think about it?

This was Trump’s signature campaign pledge, of course. In fairness, he never specified what kind of wall…

3. He Wants to Get Illegal Immigrants With Criminal Records out of the Country First & Worry About Everyone Else Later

It’s probably a lot less controversial to deport those who are, in his words, gang members and drug dealers. And, no, this time he didn’t use the phrase “bad hombres.”

Trump told Stahl there were 2-3 million illegal immigrants in this category, and they would be deported or incarcerated. 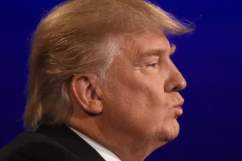 WATCH: Donald Trump Says “We Have Some Bad Hombres Here” During Debate

4. He & President Obama Seem to Be Developing a Bromance 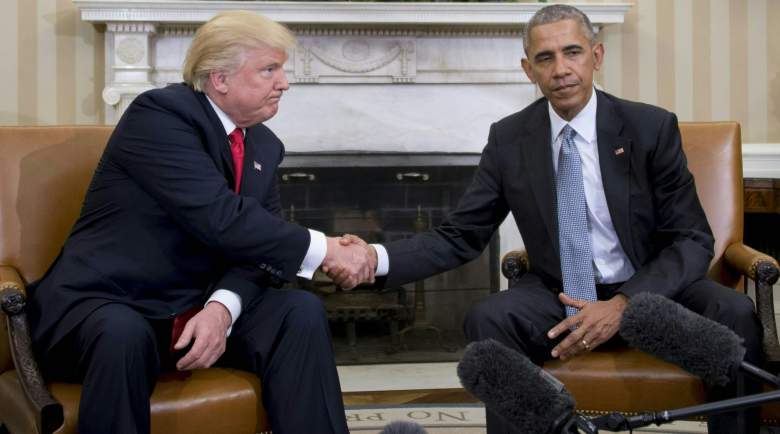 Trump and Obama meeting at the White House. (Getty)

Ever since Trump became president elect and sat down with Obama in the White House, he’s been gushing about Obama this, Obama that.

Obama – Biden: hahahaha
Biden: You try one
Obama: Alright but just one, "Trump is so orange, that he-
Trump walks in:#Bromance #bidenmeme pic.twitter.com/9dpSBffDJf

It’s unclear at this point whether it’s reciprocal. (And you thought the bromance was going to be with Putin…) Some people on Twitter thought the real bromance was between President Obama and Joe Biden, though.

Trump to Stahl on Obama: “And it could have gone on for four hours. I mean it was– just– in fact, it was almost hard breaking it up because we had so many things to say…I found him to be terrific.”

It didn’t always used to be that way: 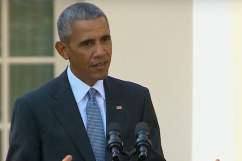 5. He Talked to Bill Clinton

“He couldn’t have been more gracious,” Trump told Stahl. “He said it was an amazing run. One of the most amazing he’s ever seen.” 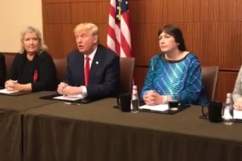 6. He’s Not Taking a Salary

Tune in tonight to @60Minutes for the first interview with our family since Election Day. #trump pic.twitter.com/B2CfeMtuSE

Well, he said he will take $1. Of course, we don’t know how badly he needs it since he still won’t release his tax returns.

Trump told Stahl nobody cares about them anyway, and he’s still under audit.

Trump won’t be the first president to not take a salary; John F. Kennedy was the last president to do so, and he donated his salary to charity. You can learn more about presidential salaries here: 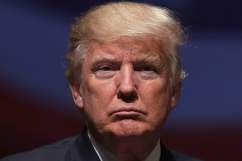 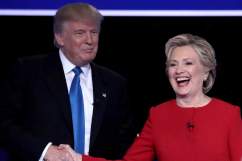 WATCH: Donald Trump and Hillary Clinton Call Each Other Puppets

8. He Wants to Sit Down With Jim Comey Before Deciding Whether to Keep Him

Hillary Clinton has now said she believes FBI Director Comey is why she lost. Trump said he wants to talk to Comey before deciding whether to oust him.

Clinton vs. Trump: How Much Did Clinton’s Lead Drop in Polls After Comey Letter?

9. Obamacare Is Not Completely Toast

Trump wants to keep provisions that Americans need, like coverage for people with pre-existing conditions. “…it happens to be one of the strongest assets,” he told Stahl of that provision.

10. He’s Going to Destroy ISIS but Won’t Say How

He doesn’t want to broadcast our strategies to the enemy. And he still thinks he knows more than the generals.

Trump to Stahl: “All I can tell you is we’re going to get rid of ISIS.”

What kind of tweets can we expect from President Trump? "I'm going to be very restrained," he says. Watch tonight: https://t.co/KI0xWwZeJ9 pic.twitter.com/HEicbsmT4i

Maybe not about beauty queens at 3 a.m., though. Actually, to really sound like Trump tweeting, the sentence would have to read this way: He’s still going to tweet!!!

Trump says that social media allowed him to counter biased news stories and reach millions of people with his messaging. It was sort of like a modern, far less congenial fireside chat, now that you think about it. On second hand, FDR didn’t use the fireside chats to troll enemies. He did use what was then a new form of communication (radio) to hold informal chats with Americans.

Trump told Stahl he’s going to dial it back now that he’s president-elect, but still use Twitter.

12. He’s Got a Bunch of Lobbyists Working to Clean up Lobbying 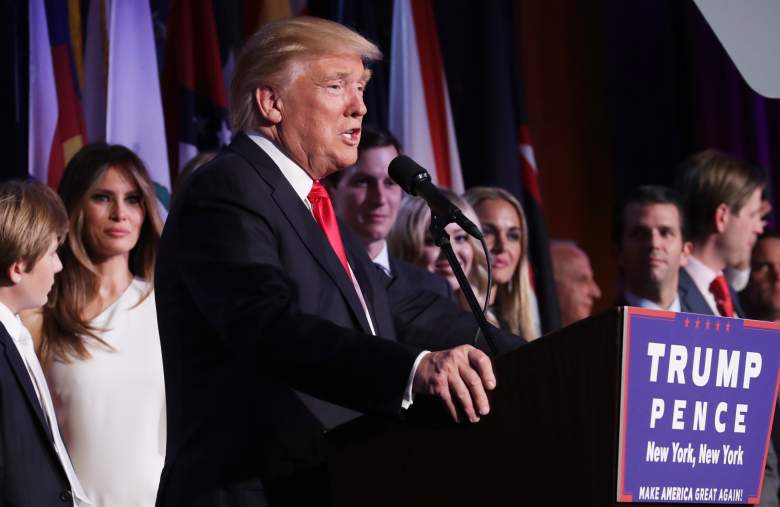 In so many words. Stahl asked Trump about the fact his transition team has a lot of lobbyists on it, since he’s vowed to clean up Washington of special interests.

“That’s the only people you have down there,” he said. 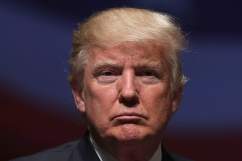 If Roe v. Wade ends up overturned, which he said he doesn’t think is on the horizon, abortion would become a state issue, and women who wanted abortions could just go to other states if their state banned it, Trump told Stahl:

“Yeah, well, they’ll perhaps have to go, they’ll have to go to another state,” he said to Stahl.