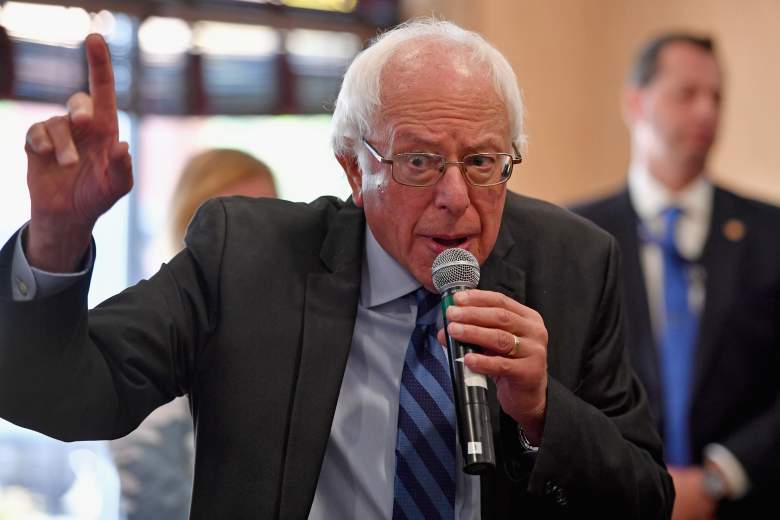 Where can you write in Bernie Sanders? (Getty)

Many Bernie Sanders supporters still haven’t given up the dream of their favorite candidate being President, even though he endorsed Hillary Clinton and has been speaking at her rallies. In fact, many are determined to still write-in the only candidate they still believe in on election day. But is writing in Bernie Sanders even feasible? Although the concept of a write-in candidate sounds like you can write-in whomever you want and have your vote count, it actually doesn’t work this way. Most states require that a candidate registers to be a write-in candidate before your vote for him or her can count. Only a few states actually allow you to write in whomever you want, whether they’ve registered or not.

Only a Few States Allow Write-Ins Without Registration

Write-in rules are confusing and even websites online, like Daily Kos and Ballotpedia, have different states listed as allowing presidential write-ins. From our research, it appears that you can only write-in Bernie Sanders’ name in Alabama, California, Iowa, Mississippi (unclear), New Hampshire, New Jersey, Oregon, Pennsylvania, Rhode Island, Vermont, Washington, and possibly Wyoming (unclear). In addition, you’ll need to know the requirements (if any) for how to spell Bernie’s name when you write it in. In California, for example, he must be listed as Bernard “Bernie” Sanders, with Tulsi Gabbard as his vice president.

Here are more details on how this all works.

If you want to write in Bernie Sanders for president, you should first only consider doing so in a state where your vote will actually count. Only a few states allow write-in candidates freely, with no requirements. A map on Ballotpedia here lists different states than are listed on Daily Kos’s map. Beyond these two maps, a few other states have also been mentioned online.

So which is it? Here’s a look at each state in the “rumored” list of states that allow write-ins, with the results we’ve found:

Alabama:  Ballotpedia specifically states here that write-in candidates don’t need to file any special paperwork in Alabama. Alabama law here states that write-ins are permitted only in non-municipal general elections. As long as Bernie’s name is spelled correctly, it will be counted.

California: California is a strange case. Not a single source lists this state among the ones that allow write-ins without registration. However, the LA Times, a respected publication, has said that Bernie Sanders is officially a qualified write-in candidate in the state, as long as you write in Bernard “Bernie” Sanders for president and Tulsi Gabbard for vice president. This announcement was part of five write-in names released by California Secretary of State Alex Padilla. The reason for this discrepancy is because California law doesn’t require the candidate themselves to register to be on the ballot. The state’s law simply requires that 55 electors sign on to declare a person as a write-in candidate — the candidate himself doesn’t have to consent to be included.

Delaware: Delaware’s state law states that the Superior Court can only count a write-in vote for someone who has declared themselves as a write-in candidate for a specific office by filing a declaration with the state election commissioner.

Iowa: According to Ballotpedia, a write-in candidate in Iowa doesn’t need any special paperwork.

Mississippi: Some sources are saying Mississippi allows write-ins, but Ballotpedia has conflicting reports. Here it says that write-ins aren’t generally allowed in this state. But here it says that statutes don’t indicate any need for special paperwork or fees.

New Hampshire: According to Ballotpedia, a write-in candidate doesn’t need any special paperwork.

New Jersey: According to Ballotpedia, a write-in candidate doesn’t need any special paperwork.

Oregon: You can write-in Bernie Sanders for president in Oregon, but it will only be counted in special circumstances. According to KGW, all the write-in candidates’ ballots will be put into one big pool. If the total number of write-ins exceeds the number of votes for the candidate who gets the most votes, only then will the write-in ballots be counted separately.

Pennsylvania: According to Ballotpedia, a write-in candidate doesn’t need any special paperwork.

Rhode Island: According to Ballotpedia, a write-in candidate doesn’t need any special paperwork.

Vermont: You can write-in Bernie in Vermont, according to Ballotpedia. The Vermont Secretary of State said write-in votes will be counted and made official about a week after the election, My NBC 5 reported.

Washington: Write-in votes in Washington aren’t immediately counted, KIRO 7 reported. The write-in votes for president are collected and only counted if there appear to be enough to potentially change the outcome. The article specifically includes Bernie Sanders as an example. The reason this gets confusing is because state candidates must register before they can be counted as write-ins, but presidential candidates don’t have to.

Washington, D.C.: According to Ballotpedia, anyone can write-in a candidate for president here. But a write-in candidate must file a form within seven days after the election in order to assume office if elected.

Wyoming: According to Ballotpedia, a write-in candidate has to file an application and pay a $200 filing fee for his votes to be counted. Strangely, the Daily Kos reports that Wyoming doesn’t require registration. And according to the Wyoming Tribune Eagle in 2014, anyone can write-in a candidate, but the votes will only be counted if the write-ins appear to outnumber the person who gets the most votes for office.

So with this in mind, it appears you can only write Bernie Sanders’ name in for Alabama, California, Iowa, Mississippi (unclear), New Hampshire, New Jersey, Oregon, Pennsylvania, Rhode Island, Vermont, Washington, and possibly Wyoming (unclear).

Not Every State Even Allows Write-Ins

The reason you can’t write Bernie Sanders’ name in more states is because it just isn’t allowed. According to Ballotpedia, most states require that a write-in presidential candidate file paperwork before an election in order for votes for that candidate to be counted. This can include an affidavit and sometimes a filling fee one month before the election. Some states, like North Carolina, require a petition and the names are then posted on a list at the polling locations, but not on the official ballot. In Maryland, for example, a write-in vote for a candidate who didn’t register is just lumped into an “other” category. On top of this, a few states don’t allow write-in candidates at all. According to Daily Kos, these include: Arkansas, Hawaii, Louisiana, Nevada, Oklahoma, and South Dakota.

So that only leaves the states listed above. And you’ll also need to find out how you should write in Bernie’s name for each of these states, as it may differ from state to state.

A Win Is Theoretically Possible for Bernie, But It’s a Very Distant Long-Shot

Could any of these states give Bernie Sanders electoral college vote wins? Theoretically, it’s possible if he got more write-in votes than any other candidate’s votes. In a state like Vermont, where he’s hugely popular, it’s more likely than other states.

But at that point, you have to start looking at the electoral college. The electoral college, rather than Americans, directly elects the president. Each state plus D.C. gets at least three of the 538 electors, divided up according to how many Senators and House representatives are in each state. The electors cast their votes in December and Congress counts the votes in January. If someone gets at least 270 votes (a majority), they will win. If no one gets the majority, then the House of Representatives would pick the winner from the three candidates who got the most electoral votes. Would the House pick Sanders if he came in third solely because of write-in votes? It’s not very likely.

Some Sanders’ supporters really are encouraging voters who are considering writing him in to vote third party instead. Jill Stein is a popular choice, since her Green Party stances match Bernie’s almost exactly. Gary Johnson is also a choice, as the Libertarian candidate. 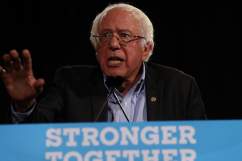 Loading more stories
wpDiscuz
12
0
Would love your thoughts, please comment.x
()
x
| Reply
Here's a list of states where you can still write in Bernie Sanders for president on election day, and how it works. See all the details here.