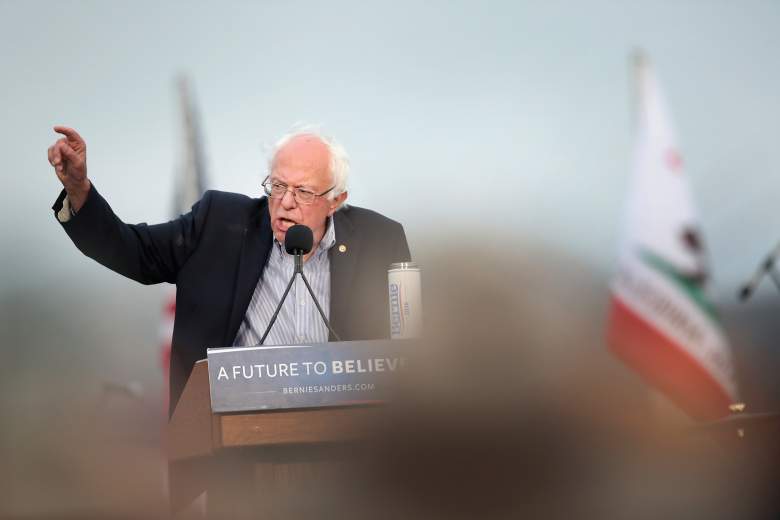 Where is Bernie speaking next? (Getty)

Bernie Sanders has been speaking at a lot of events since the presidential election, including at a tour promoting his new book, Our Revolution. HIs appearances have been drawing crowds and have been covered extensively by the media. But where is he speaking next?

Sanders has speaking engagements for his book tour set up through December 2, according to the Macmillan publishing website. Unfortunately, all of the events currently listed are sold out. These are not book signings, but there are pre-signed books available for purchase. We’ll add more events to this article as they are available.

Here are his current scheduled book tour events, which are now sold out:

These events have been drawing big crowds. When he spoke at New York City’s Midtown Manhattan for the tour, some of his supporters spent the night on the street to make sure they got a seat, The Guardian reported.

At Miami Book Fair for @BernieSanders speaking about recent election. So happy to see so many of my supporters again!https://t.co/ycfoaTl5aB pic.twitter.com/fF3erXwUkN

Bernie supporters have been happy to get an opportunity to hear their favorite presidential candidate speak again.

Loading more stories
wpDiscuz
1
0
Would love your thoughts, please comment.x
()
x
| Reply
Bernie Sanders is drawing a lot of attention as he tours for his new book. Where is he speaking next? Find out here.