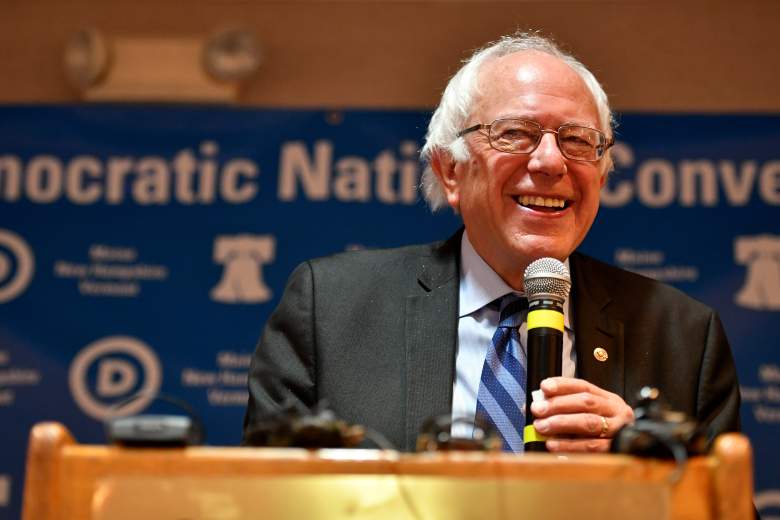 Who are Bernie Sanders’ supporters voting for? (Getty)

Bernie Sanders supporters are still a big unknown in this election and could, possibly, decide the entire presidential election results. More than 12 million people voted for Sanders in the Democratic primaries, not even including the number of independents who supported him but couldn’t vote for him because of closed primaries. But who are all these people now voting for? Some are following Bernie’s endorsement, but others are launching out on their own and voting third party. After you finish reading this story, if you are a Bernie supporter, take the poll at the end and let us know who you’re voting for.

Some Sanders Supporters Are Voting for Clinton, But Others Just Can’t Make That Switch

But despite these endorsements, other Sanders’ supporters are having a hard time switching to Clinton’s side. After the Democratic National Convention, many left feeling alienated by the Democratic party. In addition, revelations from WikiLeaks emails that the DNC was working to support Hillary Clinton over Sanders also fueled that distaste. Donna Brazile gave debate questions ahead of time to Clinton’s campaign. Schultz, who had to step down as DNC chair after the revelations, has since complained that Sanders’ supporters are making her into a scapegoat. Clinton, meanwhile, has supported Schultz, making her an honorary member of her team and having Schultz speak at her campaign rallies in Florida. It’s moments like those which prevent Sanders’ supporters from voting for Clinton.

But still, some Sanders supporters say that they feel the pain from the primary, but they still believe that Clinton is the best choice.

Others disagree. Elizabeth Madison was a  Bernie Sanders “super volunteer” who trained and educated delegates on what to do at the DNC. She spoke to Heavy about her experiences at the DNC in this story. She said about Wasserman Schultz’s speaking at Clinton’s rallies:

If Sec. Clinton is trying to earn Sanders’ supporters’ vote, I do not think that this is the proper manner in which to do so. Although I am a member of that party, I am only so in name, as I witnessed a biased Democrat primary election in which Debbie Wasserman Schultz played favoritism.”

Some Sanders supporters who aren’t voting for Clinton have decided to write Sanders in instead. (Learn more about the write-in movement here.) Sanders told one voter that he really only approved of this write-in effort in Vermont, because he had no chance of winning there. In other states, he preferred that voters cast their ballot for Clinton, not him. Here’s the video:

Many Sanders Supporters Are Voting for Jill Stein

But what about supporters who don’t want to vote for Hillary Clinton but also don’t want to write in Sanders, since he doesn’t seem to want that option himself? Many of these supporters are voting instead for Jill Stein. Stein’s political stances are nearly identical to Sanders’, making her an easy choice for many. Daniel Clark, for example, has been a big supporter of Stein ever since Bernie Sanders lost the nomination for the Democratic Party. Clark was a national delegate for Sanders who now believes Stein is the best choice for America. He wrote on Facebook a few weeks ago:

Hillary is losing to Donald Trump, that’s a horrible way to lose. Jill is handling this better than either of them and I am so proud to be supporting her and not either of them.”

And as more WikiLeaks revelations come out, more Sanders supporters are turning to Stein:

Other Sanders Supporters Have Turned to Donald Trump

Still other former Sanders supporters are actually turning to vote for Donald Trump. They often share their viewpoints on Reddit’s subreddit for Trump, “The_Donald.” One Bernie-to-Trump supporter wrote on Reddit, in part:

In the beginning of the election cycle I was motivated by Bernie and his message of fighting corruption… I saw how the DNC rigged the NYC primary with their Brooklyn voter purge which pissed me off. Then I saw how many other primaries had been tainted by the DNC corruption which began pushing me to Trump… When I read the Podesta emails that sealed the deal for me… I want a president who will help shape a new America and a better foreign policy. We can repair our infrastructure, rebuild our cities with US Steel and help create a new way forward for the next generation of Americans.”

At this time, it’s not known where the majority of the millions of Sanders supporters are going to ultimately go. Ever since Sanders stopped running for President, his group hasn’t been a cohesive whole. But they could certainly wield enough power to make a substantial difference in this election on Tuesday.

Were you a Bernie Sanders supporter? Let us know in the poll below who you’re voting for: 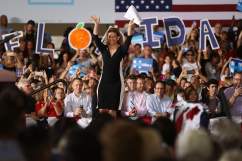 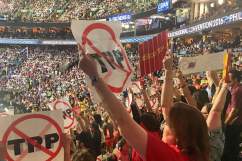 Loading more stories
wpDiscuz
23
0
Would love your thoughts, please comment.x
()
x
| Reply
Which candidate are Bernie Sanders supporters now voting for on November 8? Find out here, then take the poll at the end of the story.