Donald Trump was elected the 45th president of the United States despite earning an estimated 2 million fewer votes nationwide than his opponent, Democrat Hillary Clinton. Alarmed by this result, millions of Americans have signed an online petition calling on Electoral College voters — the voters who, under the U.S. Constitution, will actually decide the presidential election — to switch their votes from Trump to Clinton.

Some voters have also written letters directly to the actual electors, the individuals selected by state political parties to cast ballots is what is traditionally considered the ceremonial vote that takes place on December 19.

Though traditionally electors vote for the candidate who won the most votes in their specific states, no federal law or constitutional requirement prevents them from voting for any candidate they choose.

But the chances that electors will change their votes based on the letters and petition is remote at best, as demonstrated by a letter received by one voter who appealed directly to electors about making a vote-switch.

The elector, John E. Harper, described Clinton as “a despicable individual” and signs the letter, “Deplorably yours,” in apparent reference to Clinton’s remark describing a portion of Trump supporters as belonging to a “basket of deplorables.”

Harper also concludes his letter with a threat of “legal action” against the voter, Hannah Moskowitz.

well. i got my first response.

no dear ms. moskowitz, either. how rude. pic.twitter.com/U6gudcJ7az

Here is the original letter sent by Moskowitz.

you'll remember this email i sent out to every electorate? everyone got the same one. pic.twitter.com/f6xnQFMnDv

The elector, John E. Harper, is a former mayer of Rowlett, Texas, a Dallas suburb of about 58,000. Harper resigned in 2011 with two years left in his mayoral term, over a dispute with the city manager — and what Harper claimed were “name-calling and unwarranted personal attacks on my integrity and character.” 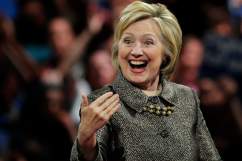 Can Hillary Clinton Still Win The Election? 5 Fast Facts You Need To Know

Read More
2016 Presidential Election, Donald Trump, Hillary Clinton
Discuss on Facebook
A Texas electoral college voter wrote back to a voter who asked him to change his vote to Hillary Clinton. He didn't have much nice to say. Read his letter here.