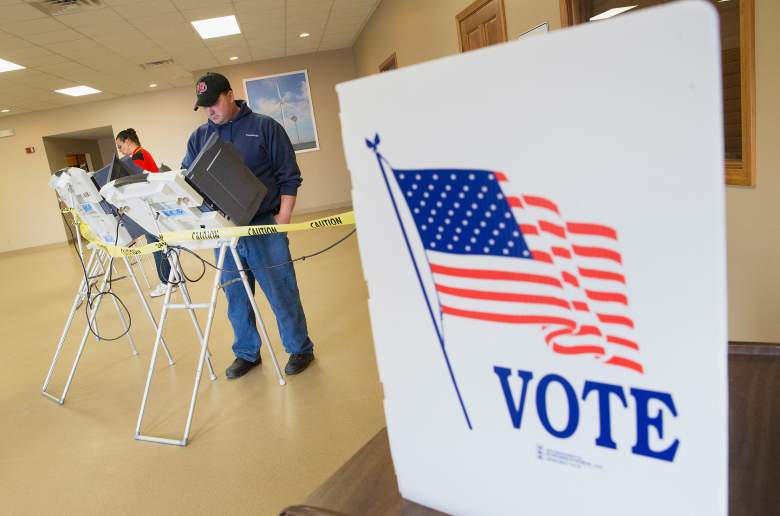 Indiana voters have several major executive offices up for election on November 8. Hoosiers have to pick a replacement for Governor Mike Pence, who is Donald Trump‘s running mate. They will also pick a new U.S. Senator and nine U.S. House Representatives.

Click here to use Ballotpedia’s sample ballot lookup to see what your ballot will look like in your district.

Here are the candidates on the ballot in Indiana.

Incumbent Dan Coats (R) is not seeking another term in the U.S. Senate, so Indiana will have a new Senator sworn in next year. That will either be Todd Young (R) or Evan Bayh (D). Libertarian Lucy Brenton is also running for the office.

Indiana has nine seats in the U.S. House of Representatives. Here are the nine races. Incumbents are noted with an asterisk (*).

Marlin Stutzman, who unsuccessfully ran for the Senate Republican nomination and represented Indiana’s third district, is not running for re-election.

Todd Young, who represented the ninth district, is also not running for re-election after beating Stutzman in the primary for the Republican nomination for Senate.

Mike Pence first planned on running for re-election, but dropped out when he was picked as Donald Trump’s vice presidential running-mate. Instead, current Lieutenant Governor Eric Holcomb is running for Governor. His running-mate is State Auditor Suzanne Crouch.

Rex Bell is the Libertarian candidate for Governor and his running-mate is Karl Tatgenhorst. Independent candidates Adam Adkins and Christopher Stried are also running for Governor.

Loading more stories
wpDiscuz
1
0
Would love your thoughts, please comment.x
()
x
| Reply
Indiana voters have several important offices up for election beyond the president. Here are the major offices on the ballot.