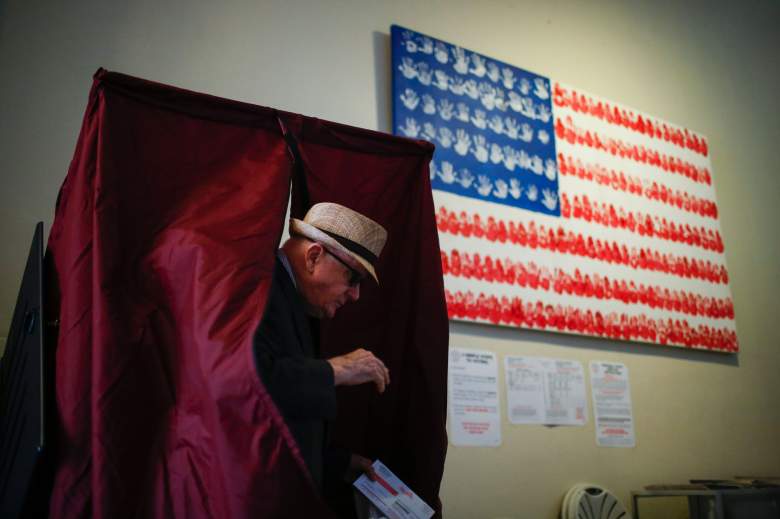 A New Jersey voter during the primary in June. (Getty)

In New Jersey, voters will make their choice for U.S. President and also choosing 12 U.S. House members. Voters in the Garden State will not vote for governor until next year, as Chris Christie‘s second term does not end until 2018.

To see what the ballot will look like in your district, click here to use Ballotpedia’s Sample Ballot Lookup tool.

Here are the candidates on the New Jersey ballot.

There are nine presidential candidates on the New Hersey ballot. They are:

New Jersey has 12 seats in the U.S. House of Representatives and all incumbents are running for re-election. Incumbents are noted by an asterisk (*) next to their names.

New Jersey has had a Republican governor since Chris Christie was first elected in 2010. New Jersey governors cannot serve more than two consecutive terms, so voters will chose a new governor in November 2017.

There are three special state legislative elections, though. Voters in the 18th and 29th General Assembly districts and in the 18th State Senate district will elect new representatives. A complete list of candidates in local elections can be found at the New Jersey Department of State site.

Read More
2016 Presidential Election, Politics
Discuss on Facebook
New Jersey voters will pick their choice for President and 12 U.S. House members. Here is a look at the candidates on the ballot.