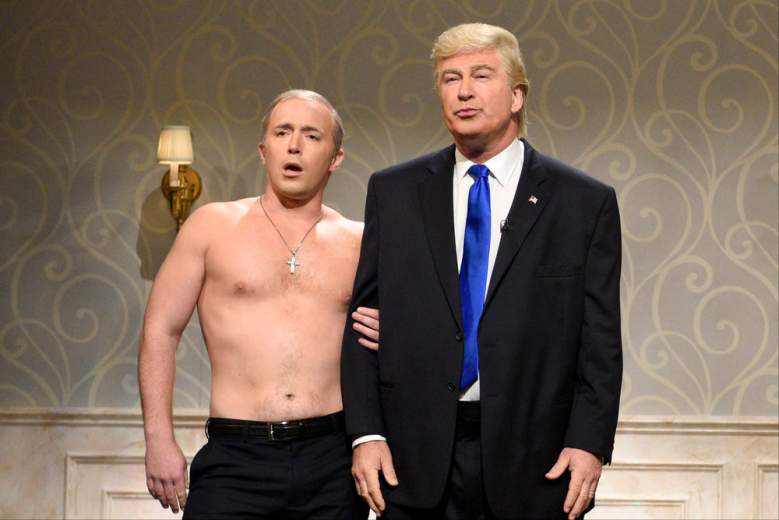 After Saturday Night Live did another sketch featuring Alec Baldwin as Donald Trump, the president-elect himself once again criticized the show as “unwatchable” and “unfunny” on Twitter. Baldwin quickly responded by offering to stop playing Trump, but only if Trump finally releases his tax returns.

During the cold open of the December 3 SNL episode, the show made fun of Trump’s constant tweeting. In the sketch, Trump retweeted a young high school student while in an important meeting in Trump Tower. That was a clear reference to an episode last week when Trump retweeted a 16-year-old to complain about CNN’s coverage.

Trump responded to the sketch with a tweet, of course. “Just tried watching Saturday Night Live – unwatchable! Totally biased, not funny and the Baldwin impersonation just can’t get any worse. Sad,” Trump wrote.

Trump broke with tradition by not releasing his tax returns ever during the presidential election. His team has continued to downplay a need to do so, even saying in a memo to Congress obtained by the Associated Press that Trump’s cabinet nominees don’t have to do it either. The transition team said that the calls from Democrats to release tax returns from the nominees are “a PR stunt with zero precedent designed to arm opposition researchers.”

“President-elect Trump’s nominees are patriotic Americans, many of whom are selflessly leaving behind their private business careers to serve their country,” the memo states.

Since winning the election, Trump has continued to review SNL on Twitter and Baldwin has frequently responded. After the November 19 episode, Trump wrote, “I watched parts of @nbcsnl Saturday Night Live last night. It is a totally one-sided, biased show – nothing funny at all. Equal time for us?”

“Equal time? Election is over,” Baldwin replied. “There is no more equal time. Now u try 2 b Pres + ppl respond. That’s pretty much it.”

…@realDonaldTrump
Equal time?
Election is over. There is no more equal time. Now u try 2 b Pres + ppl respond. That's pretty much it.

Trump has had a strange relationship with the show, which welcomed him with open arms in November 2015, months after he announced his candidacy and after NBC had dropped him from Celebrity Apprentice. Trump also appeared on the show in April 2004. Taran Killam played Trump until he left and was replaced by Baldwin, who agreed to play Trump for the remainder of the current season.