During the “Talking Points” segment of The O’Reilly Factor on December 20, Bill O’Reilly said that he believes that the real reason Democrats want to abolish the Electoral College has to do with race. “The left wants power taken away from the white establishment and they want a profound change in the way America is run,” O’Reilly said.

.@oreillyfactor: “The left wants power taken away from the white establishment and they want a profound change in the way America is run.” pic.twitter.com/EggkBz7kvZ

O’Reilly’s comments came a day after Donald Trump was officially elected the next President of the U.S. by the Electoral College, despite losing the popular vote to Hillary Clinton. Clinton beat Trump by 2.8 million votes, but Trump won 304 electoral votes to Clinton’s 227.

The number of Electoral College votes for each state is decided by the number of U.S. House Representatives plus the number of Senators for the state. Therefore, even states with small populations like Wyoming, North Dakota and South Dakota have at least three electoral votes. And even though Clinton won the popular vote, she only won 20 states compared to Trump’s 30.

“So, if the Electoral College were abolished, presidential candidates could simply campaign in the nation’s largest states and cities – New York, LA, Chicago, Houston – and rack up enough votes to pretty much win any election,” O’Reilly said.

O’Reilly said that if the Electoral College was abolished, it would “neutralizing the largely white rural areas in the Midwest and South will assure liberal politicians, get power and keep it.”

The host explained that he believes the real motive for talk of abolishing the electoral College is race because the left “sees white privilege in America as an oppressive force that must be done away with.”

He added that few commentators will say that the “heart of liberalism in America is based on race.”

“So-called white privilege bad; diversity good. If you look at the voting patterns, it is clear that the Democrats are heavily reliant on the minority vote,” O’Reilly continued. “Also on the woman vote. White men have largely abandoned the Democrats and the left believes this is because of racism – that they want to punish minorities and keep them down.” 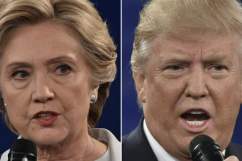 Loading more stories
wpDiscuz
10
0
Would love your thoughts, please comment.x
()
x
| Reply
Bill O'Reilly said Tuesday that the left wants to abolish the Electoral College in order to have 'power taken away from the white establishment.'