A 6.5 magnitude earthquake struck off the coast of California on December 8.

According to The Los Angeles Times, the quake occurred about 100 miles from the coast of Eureka, near the Oregon border, around 6:50 a.m. “There were no immediate reports of injuries or damage,” said the newspaper.

The quake was initially reported as a magnitude of 6.8 but that was downgraded to 6.5. Officials said there was no tsunami warning, even though the quake struck close to the California coast. There was some shaking felt in coastal communities, said NBC 4.

The depth of the quake was about 6.2 miles, the U.S. Geological Survey said. The USGS provides a variety of maps of the earthquake at this website. Here are the main ones: 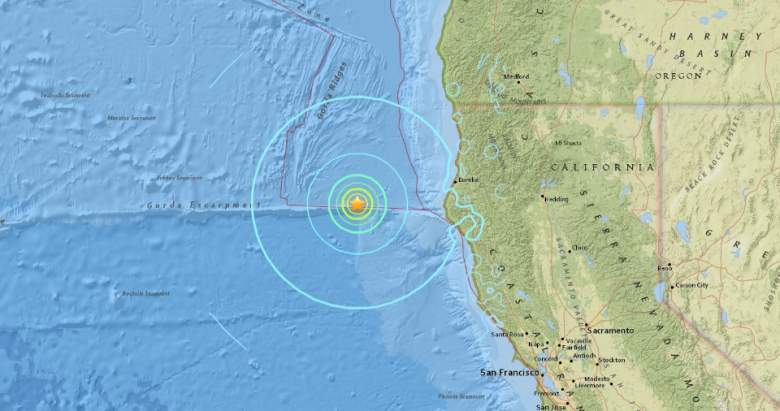 A map of the California quake. (USGS)

Here are some other maps of the quake: